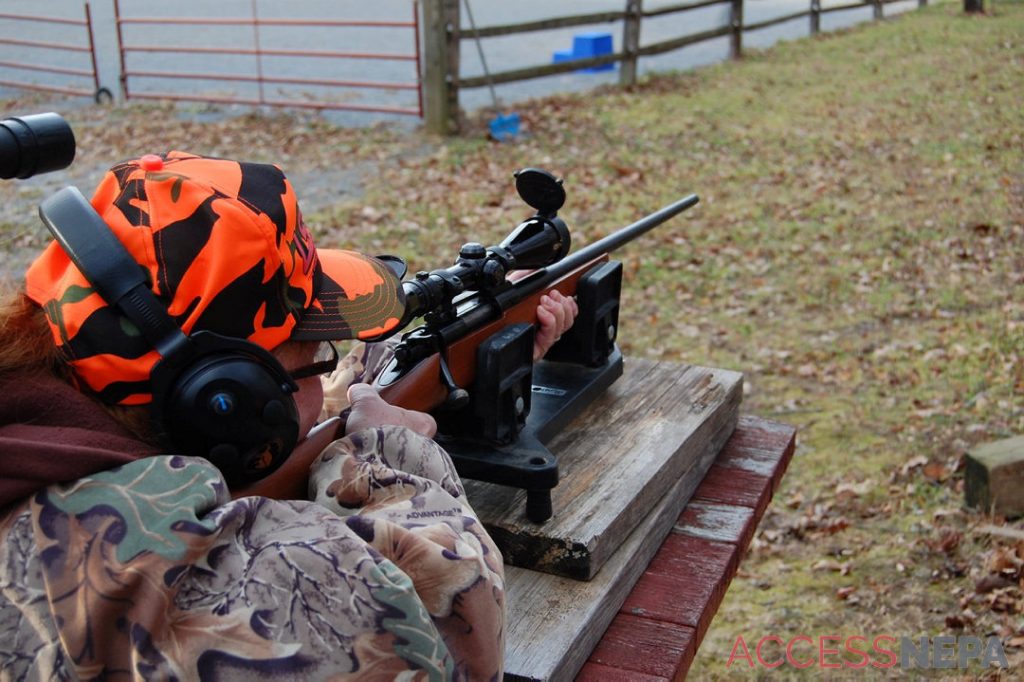 For once, the Pennsylvania Game Commission would appear to be underestimating the proficiency of hunters when it comes to reducing the statewide population of an estimated 20,000 black bears.

PGC biologists and staff are projecting that even with a record 4,653 bears taken in 2019 during the combined seasons, the record could “possibly” be broken in 2020. This year the extended bear seasons that helped hunters set the record last year are back, with some new additional opportunities during the firearms bear season and concurrent bear/deer firearms season.

During the statewide seven-day archery season, hunters could also use a muzzleloader during the concurrent antlerless season. A special firearms season for antlerless deer and bear ran Thursday-Saturday, Oct. 22-24, for junior and senior license holders, active-duty military and certain disabled persons issued permits.

In spite of these opportunities, when the majority of bear hunters think “bear hunting,” they think about the statewide four-day general bear season that runs from Saturday, Nov. 21, through Tuesday, Nov. 24. That’s right, a four-day season running Saturday through Tuesday – meaning Sunday, Nov. 22, is the second day of the firearms bear season.

“It’s hard to comprehend what’s happening in Pennsylvania bear hunting, especially if you can recall when the Game Commission was trying to resurrect the Commonwealth’s bear population back in the 1980s and ’90s,” but here we are, on the cusp of another fall loaded with bear-hunting opportunities and a robust bear population,” PGC executive director Bryan Burhans said. “Pennsylvania bear hunting has never packed as much widespread opportunity and excitement as it does right now, and the Saturday-Sunday opening weekend has tremendous potential.

“Today, bears inhabit most counties, providing closer-to-home hunting, but their populations also remain strong on their primary range in the Northern Tier. My advice is to pick a place to hunt and go because it’s a great time to be a bear hunter, and Pennsylvania hunters apparently feel the same way.

“Last year, the agency sold a record 202,043 bear hunting licenses, and this year, bear license sales in early October were 18 percent ahead of last year’s pace at the same time. Last year, bears were taken in 58 of 67 counties and 22 of 23 of the state’s Wildlife Management Units, showing that in recent years the popularity of bear hunting has grown, given the size of our bear population and the size of the bears hunters are taking.”

In 2019 the heaviest bear taken was a 813-pound boar taken with a rifle on the opening day of the general bear season by Victor Vassalluzzo of Kintnersville in Smithfield Township, Monroe County. Lycoming County led all other counties with a total of 284 bears and was followed by Clinton and Tioga counties, both with 267; Huntingdon, 180; Potter, 174; Luzerne, 163; Pike, 161; Bedford, 156; Centre, 146; and Warren, 146.

Harvests varied across the state’s slate of bear hunting seasons. 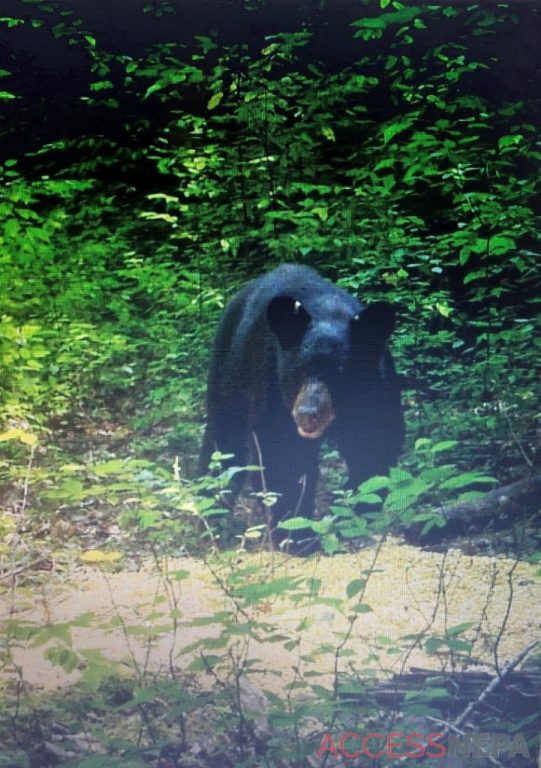 DOYLE DIETZ / CONTRIBUTING PHOTOGRAPHER
Fortunately, this black bear stopped short of entering the screen door on a home near Fountain Springs this fall, but it — and three others — remain in the area, staying out of bow range, and have had their images recorded on trail cameras.

Hunters took 1,340 bears in the partially concurrent new muzzleloader and special firearms seasons; 1,629 in the general season; 1,117 in extended seasons; and 561 in the archery season. Unexpected was the more than 1,000 bears taken during the muzzleloader season.

“Over the past three years, more than 10,000 black bears were taken by Pennsylvania hunters,” said former PGC bear biologist Mark Ternent, who serves as a regional wildlife biologist for the Northcentral Region office. “And although that sounds like a lot, it’s the third time it’s happened in the Commonwealth since 2003.

“Last year’s record bear harvest removed 20 to 25 percent of the state’s substantial bear population, but it isn’t expected to produce significant declines in bear numbers. We should have close to 20,000 bears statewide, and hunter success rate typically is between 2-3 percent.”

Still, with favorable weather conditions, 2020 should be a record year for Pennsylvania bear hunters.