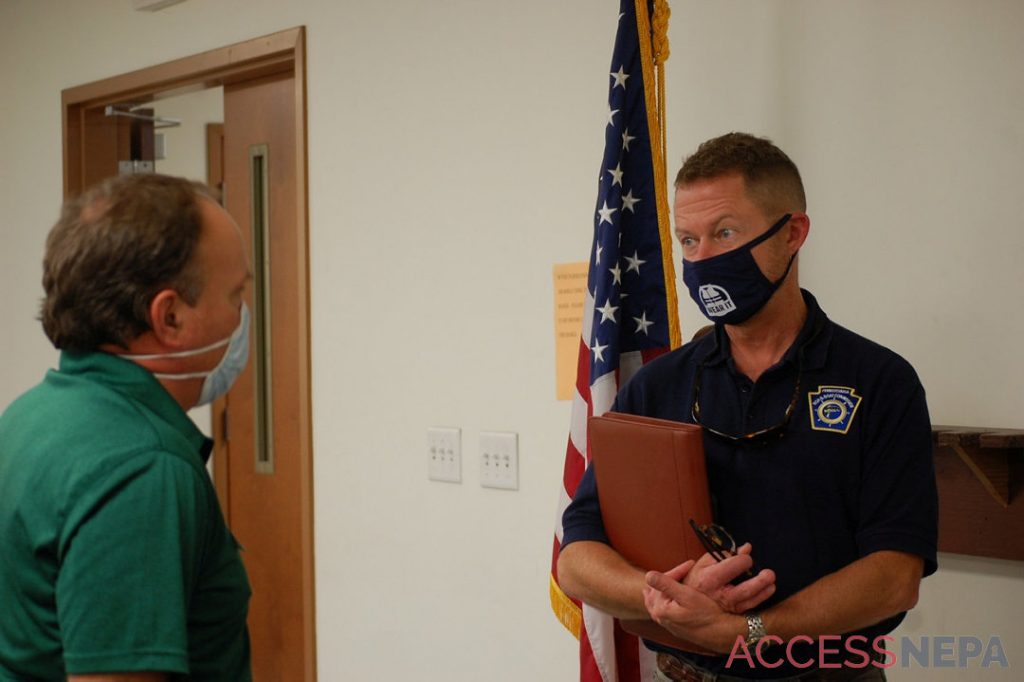 PFSC membership a way to help those who have helped sportsmen

Seldom does an organization that champions the cause of outdoors recreation and conservation celebrate an 88th anniversary. However, that is what the Pennsylvania Federation of Sportsmen and Conservationists did.

“We’re proud to be able to say PFSC is on the front lines so you can be in the woods, on the water or at the range,” PFSC executive director Harold Daub said. “That means we have representation addressing issues in Harrisburg with our state legislators and attending meetings of the Pennsylvania Fish and Boat Commission and Pennsylvania Game Commission boards of commissioners.

“PFSC is committed to protecting and enhancing conservation, the Second Amendment and other issues affecting the outdoors like hunting, fishing, trapping, shooting, boating, firearms and our outdoor resources. We can’t do it alone, however, and we need your club or organization to join.

“Pennsylvania’s sportsmen and conservationists must band together. We must create a clear and distinct loud chorus of voices to be heard by our legislators and regulators, and by joining or renewing your club’s and organization’s membership with PFSC, you will be part of that one-voice chorus.”

As the oldest and the largest sportsmen’s organizations in Pennsylvania, PFSC is proud to be recognized as “The Voice of Sportsmen and Conservationists in the Commonwealth.” Its founding father’s vision of 88 years ago is reflected and still alive today. PFSC is seen as the premier voice for conservation and our outdoors heritage in Pennsylvania.

PFSC provides leadership and advocacy for the enhancement of our fish and wildlife resources for the benefit of all hunters, trappers, anglers and conservationists. And while protecting and conserving Pennsylvania’s natural resources, outdoors lifestyle and Second Amendment Rights, it also has expanded its scope to consider those who want to enjoy the outdoors on a pair of skis and in a canoe or kayak.

One of the primary reasons PFSC dropped “clubs” in favor of “conservationists” is to emphasize the importance of individual members to the organization. What many fail to understand is that membership in a PFSC club does not automatically make one an individual member.

“When I go to state legislators and tell them the results of how our membership voted on an issue, the total number of members is those who have an individual membership,” Daub said. “Right now we’re at approximately 65,000 members, and my goal is to be at 100,000 in another year.

“In order to reach that goal we’re going to be running several promotions on our Facebook page and website. We’ve also created three levels of individual memberships, with our e-membership only $15 a year, regular membership remains $35 a year and life membership remains at $500.

“All members receive a membership card, our quarterly newsletter, access to our member-only private page that includes legislative, industry news, individual voting privileges on survey questions, elections and resolutions. E-members, however, receive our quarterly newsletter electronically, rather than a mailed hard copy, and if a club is sponsoring a youth event, there is a special membership available for youth.”

Daub said there will also be some unique fund-raising events within the next year. The first is Sunday, Oct. 11, with the inaugural “Fall Blast Sporting Clays Shoot” at Central Penn Sporting Clays, Wellsville. Competition is for individuals and foursomes, includes a continental breakfast and lunch, and one raffle ticket is earned for every 10 clays broken out of a round of 100 targets.

“We felt that having events such as this is a lot better than selling tickets as a fund raiser,” Daub said. “This is a wonderful opportunity to come out and support PFSC, which has been representing Pennsylvania sportsmen since 1932.”

Registration for the “Fall Blast Sporting Clays Shoot” can be done at www.pfsc.org/events; additional information about PFSC memberships is available by contacting executive director Harold Daub at 717-648-1835 or dauber@pfsc.org.