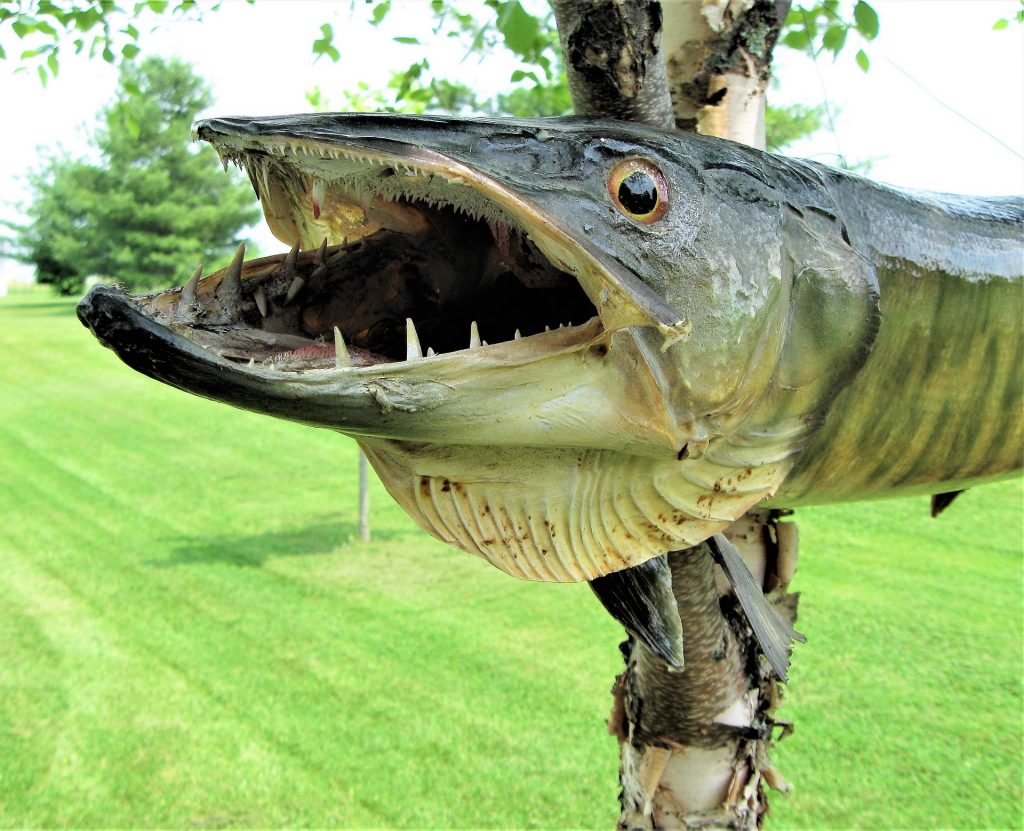 Pennsylvania on a mission to build bigger muskies

With a permanent scowl, mouthful of razor teeth and potential to top four powerful feet in length, the muskellunge is a voracious apex predator of northeastern North America. It is native to the Ohio River system, Lake Erie and glacially formed “kettle lakes” such as Conneaut (Crawford County) and Leboeuf (Erie County).

With a low reproductive rate, however, muskies were stressed by angling pressure in ancestral waters. Habitat loss forced out most remaining native populations. Despite their home-water advantage in Pennsylvania, muskies exist in the state almost entirely because Fish and Boat Commission tanker trucks deliver them as fingerlings to their original lakes and rivers, as well as dozens of new flood control and recreational impoundments created in the 20th century.

The program includes the standard muskie and two additional species. The spotted muskellunge, which once bred naturally in the lagoons of Presque Isle Bay, is planted in Lake Erie. The tiger muskie, a sterile crossing of a muskellunge and northern pike, is introduced to some waters because it grows faster to a legal length of 40 inches, 30 inches in Ohio-Pennsylvania regulated Pymatuning Reservoir.

As Fish and Boat updates its existing muskellunge management plan, it has begun biyearly plantings of bigger muskie fingerlings in hopes of increasing post-stocking survival.

“Historically, since the 1950s, we always stocked fall fingerlings. We didn’t have space to hold them longer, and the cost of feed was involved,” said Brian Ensign, a fisheries biologist with Fish and Boat. “About 10 years ago, we really started focusing on trying to raise them to a larger size.”

Test stockings of marked muskies at 10 lakes including Edinboro (Erie County), Canadohta (Crawford) and Tionesta (Forest) compared the survival of 8- to 10-inch fingerlings planted in the fall and 10- to 12-inch yearlings stocked in the spring.

“In the fall there’s not as much forage and they don’t get to eat as much. In the spring, forage fish are just starting to get abundant and they feed all summer,” said Mr. Ensign. “What we found in that study — and it’s still going on — is that we could keep them longer, grow them bigger, stock fewer and still have about the same amount survive.”

In May, wild muskies are caught in trap nets set near the shores of Pymatuning Reservoir in Crawford County. Eggs and milt are collected, and fertilized eggs are placed in tanks at nearby Linesville State Fish Hatchery, where much of the state’s muskellunge rearing occurs. At one-half inch, the fry absorb their egg sacs. They reach four inches in three or four months and are moved outdoors to 100-foot raceways.
Traditionally the muskie fry were fed dry shrimp pellets. Cannibalism was high.

“They’re muskies. They don’t want to feed, they want to hunt,” said Jared Sayers, manager of the Linesville hatchery. “Now we buy $25,000 worth of minnows — the money comes from donations from muskie clubs — and give them that with the dry food. When conditions are right they grow about one inch a week, but it’s not [proportional]. One week they put on length, then the next week they’ll grow in weight.”

Currently Fish and Boat is exploring a theory that if 10- to 12-inch yearlings survived a year after stocking better than 8- to 10-inch fingerlings, then 12- to 14-inch adolescent muskellunge should survive a year after stocking with even less mortality. The agency began its biannual planting of the bigger fish last year.

“We’re in the very early stage of evaluating those yearly stockings. What we’d like to see is an increase in muskie density, better survival rates in those fish,” said Mr. Ensign. “We want to see if they’re getting to a 50-inch size quicker.”

Adult muskies have no predators — even conservation-minded muskie anglers practice catch and release. Growth rates are determined by the size of the waterway and availability of forage fish, as well as other factors. Bigger waters grow bigger muskies.

Mr. Ensign said anglers are invited to talk with him about Pennsylvania’s muskellunge plans at the Fish and Boat Commission booth at Western Pennsylvania Muskie Max Plus, a fishing expo held at Printscape Arena at Southpointe, 114 Southpointe Blvd., in Canonsburg, 9 a.m.-6 p.m. March 7, 10 a.m.-3 p.m. March 8. Get details at muskiemax.com.

Stargazing: Loads of summer still in the heavens
Elk Expo coming this weekend
Frog lures a great choice for summer bass fishing
No carping about the action when battling these fish
Staff