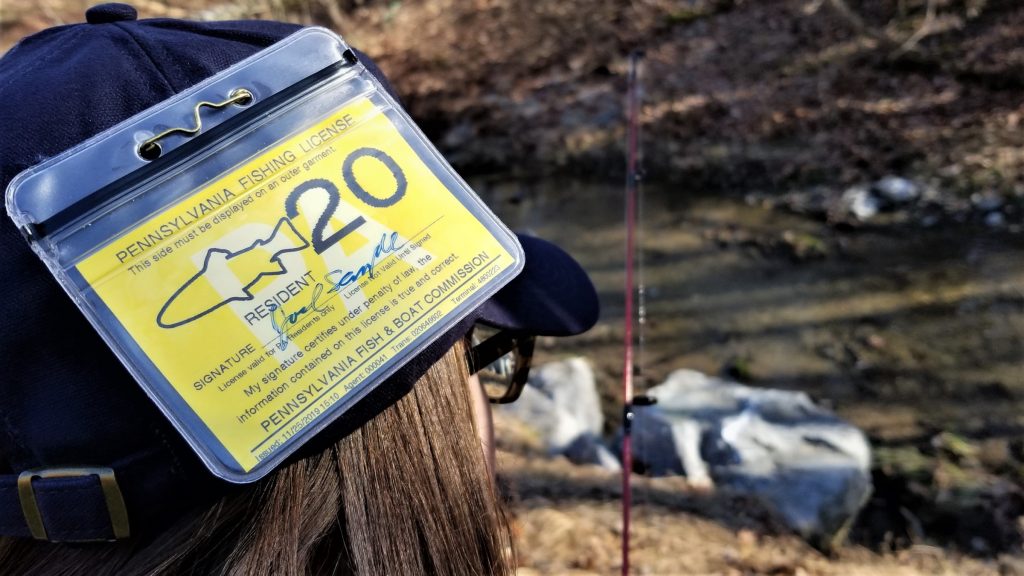 License rule may have drawback

Most people associate summer as the “busy” season for the Pennsylvania Fish and Boat Commission, but the board of commissioners were busy in January at its first quarterly meeting of 2020.

The big takeaway from the meeting was the new regulation that gives anglers the option of not displaying their fishing license.

Joining many other states, including New York, the board approved the removal of the long-standing regulation that required anglers to display their fishing license on an outer garment while fishing.

The new rule starts this year for the 2020 season.

Under the amendment to Section 63.2 (PA Title 58), the outer garment display requirement has been replaced with a general possession requirement that an angler carry the license on his/her person while fishing and present the license to a PFBC waterways conservation officer upon request.

“With this change, we’re making things more convenient for our anglers,” PFBC executive director Tim Schaeffer said. “By allowing people to simply carry their license in a pocket or in their wallet, rather than pinning it to an outer garment, we hope to hear about fewer licenses being lost and the cost associated with replacing them.

“It also provides greater consistency with the Pennsylvania Game Commission’s hunting license display requirement. So, it should prevent any further confusion among hunters and anglers.”

Those who have lost a license that was torn from a vest by briars or had a hat gone with the wind may welcome the out-of-sight regulation.

Schuylkill County PFBC WCO Mark Pisko, however, advises to be careful about what one wishes for, and the new regulation could turn out to create hard feelings when a licensed angler is checked while fishing.

“I, for one, will continue to check for licenses because now it’s created a situation where those not displaying a license may not have one,” Pisko told club delegates attending the Schuylkill County Sportsmen’s Association meeting the week before the regulation was passed. “Obviously, I’m not going to walk up on someone who’s in the process of fighting a fish, but it’s my job to make sure anglers are licensed.

“That, however, is not my main concern at this time of year. Like most everyone else, I’m thinking about trout stocking.”