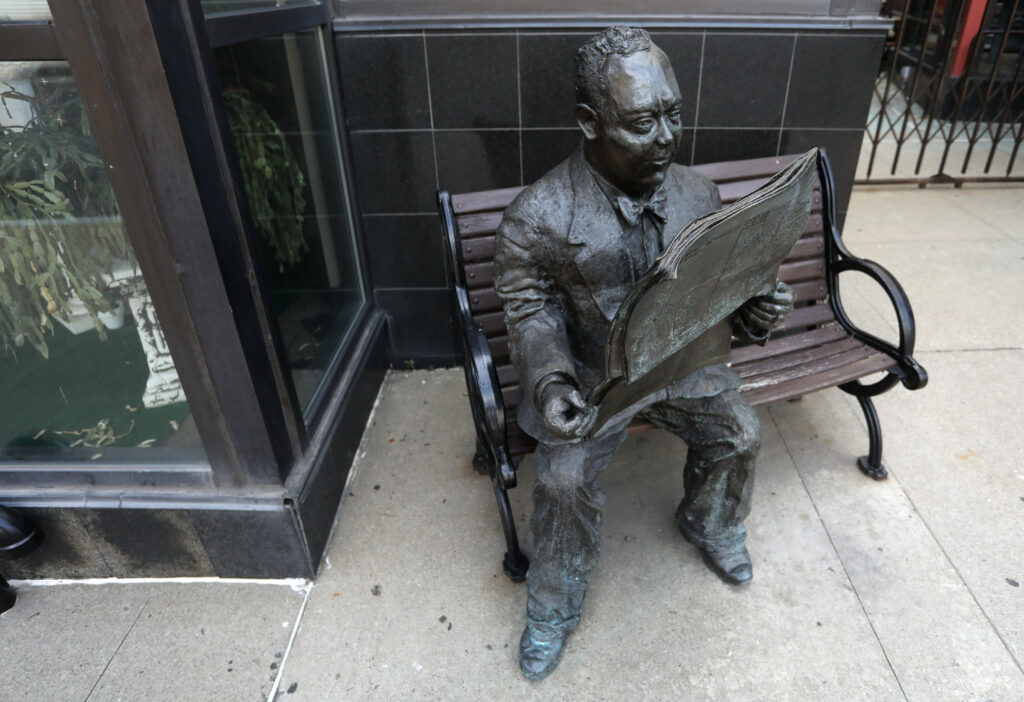 From a concert hall in Pasadena, California, to Penn Avenue in Scranton, Lawrence Alan Dutcher’s legacy will live on through his artwork.

His artwork was primarily realistic with portraits and sculptures, Amie Hartsgrove recalled of her father.

“But he wasn’t exclusive to those,” she said. 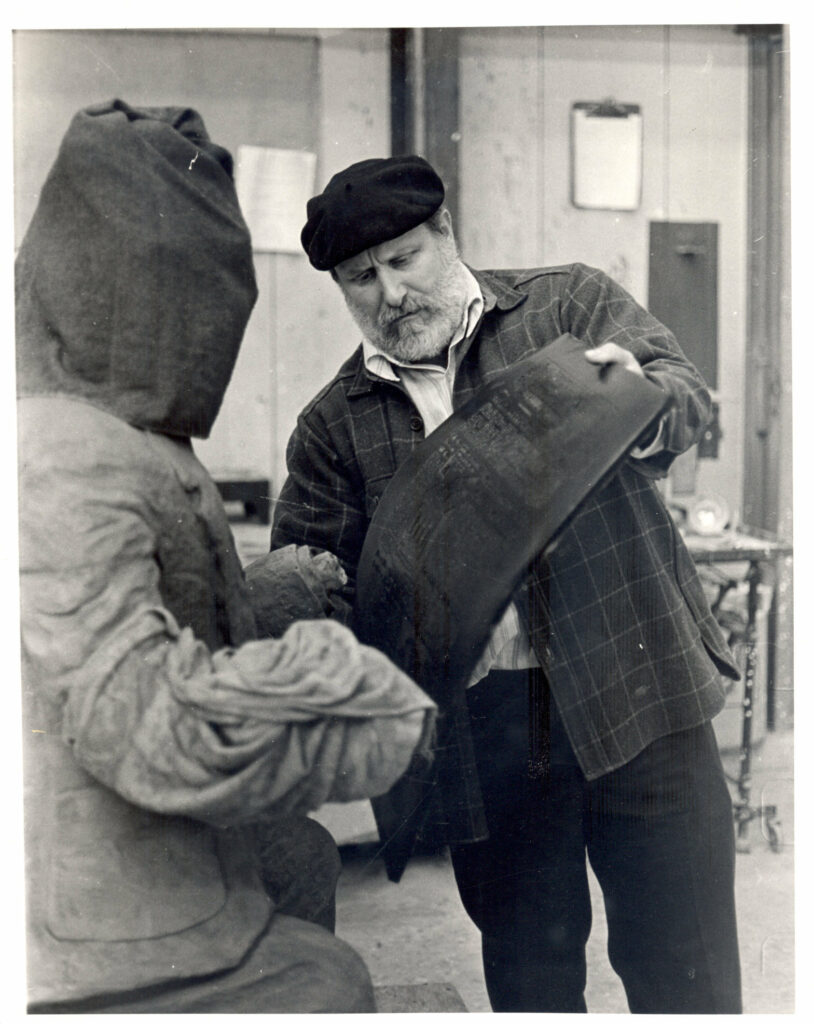 TIMES-SHAMROCK ARCHIVES
After completing the head and body for the Edward J. Lynett statue, sculptor Lawrence Alan Dutcher positions the replica of The Scranton Times held by the statue into place in 1985.

Dutcher also worked with leather and stained glass and in a variety of other mediums — and his ability to fix things was an art form in itself, his daughter said.

“There wasn’t very much that he couldn’t repair,” she said.

Her father was inspired by the beauty of nature and people, Hartsgrove said. He was also inspired by his mother, father and grandfather, who all painted, she said.

Theresa Dutcher of Scranton described her late husband as intelligent, kind, loving and an outdoorsman, adding that he saw everything from an artistic perspective.

He has three bronze statues in California, including statues of pianist Arthur Rubinstein and evangelist Herbert W. Armstrong, she said.

The Air Force veteran who served as a crew chief during the Vietnam War left his paintings all over the world, from Taiwan to Texas, his wife said.

Locally, his iconic sculptures mean a piece of her husband’s memory will always be close by, she said.

“I just feel that it’s beautiful, a wonderful experience in my life to have shared in the city of Scranton,” Theresa Dutcher said.

Although Hartsgrove now lives in Raleigh, North Carolina, almost everybody she runs into in Scranton knows about her father’s work, she said, chuckling as she recounted people mistaking the Edward J. Lynett statue for a living person at night.

She was only a child when her father created the statue in the 1980s, but she remembers helping her dad mixing clay for the Lynett sculpture before casting it.

“He put his heart and soul into that one,” she said.