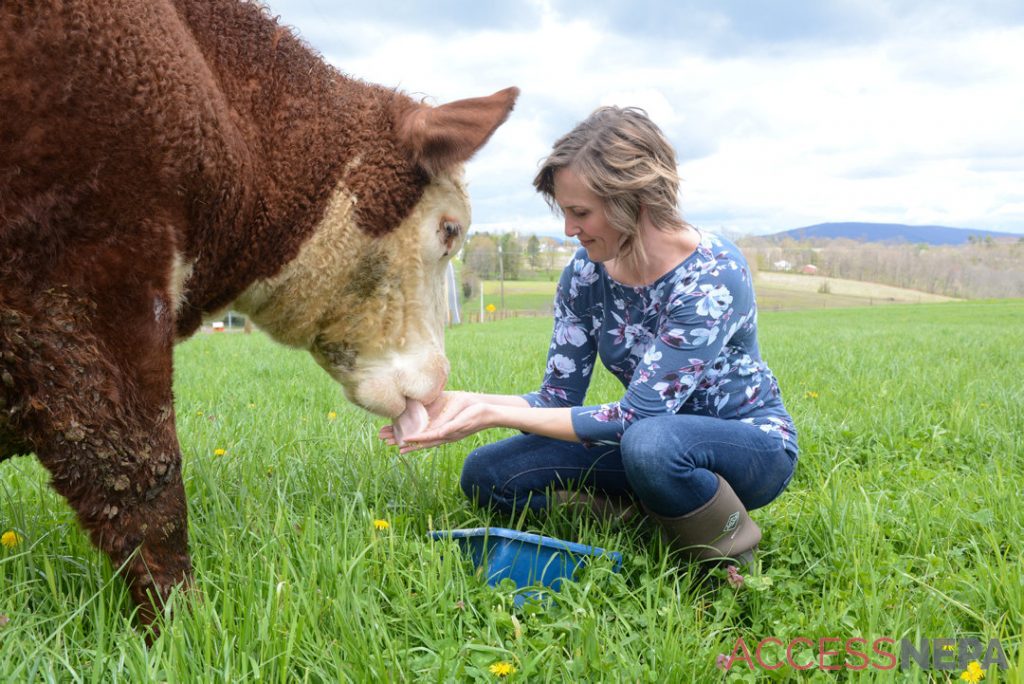 Since April 23, there are more than 2,400 members, with another 342 awaiting approval to join the group, according to Heidi Flory, group founder.

“As a producer, I was seeing what was going on with integrators not taking animals,” Flory said. She and her husband, Steve, raise broilers (poultry meat) and Hereford beef cattle.

Integrators are companies like meat processing firms that contract with farmers to raise livestock as their meat suppliers.

“We’ve seen a reduction in our flock numbers and the interval between flocks is longer,” said Flory, who raises birds under contract and has seen their flocks drop from 25,000 to 8,000 birds. Flory’s poultry operation is organic certified and GAP, a global animal partnership, which follows regulations for the welfare of animals. Their nine Herefords are their own and are not under contract.

“There is not a food shortage,” she said.

Instead, the COVID-19 pandemic caused a supply chain problem in the food industry. Some meat processors shut down due to their employees being sickened with the coronavirus or too afraid to come to work. Poultry Extension Educator Gregory P. Martin, of Lancaster, said if a plant shuts down, it can cause a disruption in the flow of the birds. 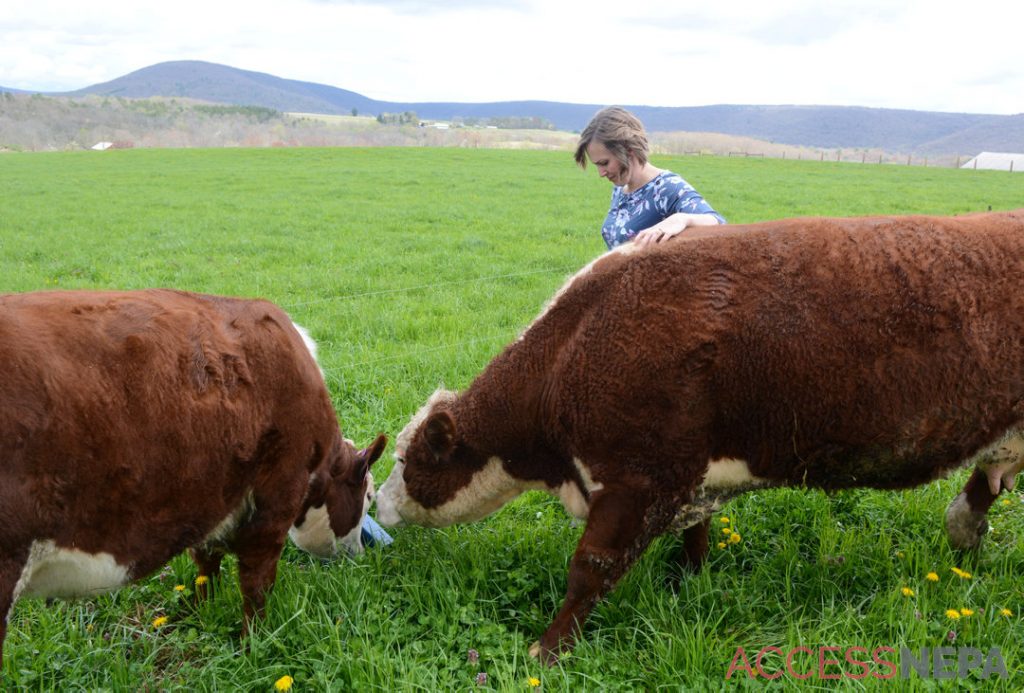 LINDSEY SHUEY / STAFF PHOTOGRAPHER
Heidi Flory watches her cattle eat out of a feed bin on her pasture in Hegins on Friday, May 1, 2020.

Getting the word out

Flory’s Facebook initiative hopes to network, getting goods directly from the farmer to the consumer and decreasing waste in Pennsylvania and nearby states. Goods like food, florals, animal feed, handmade items such as soaps, or anything in support of local agriculture can be listed.

Live animals cannot be posted for sale on Facebook, only meat, Flory said. Raw milk cannot be sold for human consumption without proper permitting, so that also should not be posted. Raw milk for animal use is fine.

Rules on the group’s page prohibit any political discussion and insist that members remain civil and respectful to all. Flory created a feature on the social media site where people can search for farms and their products by county. She added a topics tab to the top of the post.

Flory’s education is in animal management and production, ag biosecurity and food defense.

She works in biomedical research and is also an animal and poultry welfare officer. As the current Dauphin County PA Elite Ms. United States Agriculture, Flory intends to use her platform to educate the public about the importance of farming. She will compete for the state title in September.

“My platform for Ms. United States Ag is ‘Food for Thought’ and that’s a hashtag I use in the group.” 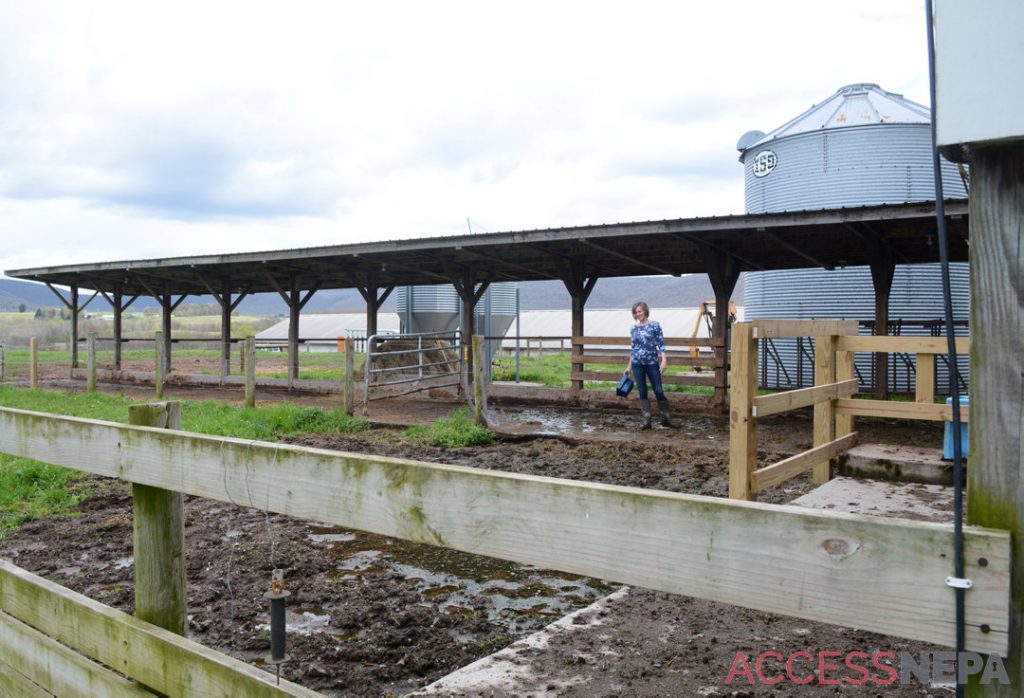 LINDSEY SHUEY / STAFF PHOTOGRAPHER
Heidi Flory carries a feed bin back to the stable on her pasture Friday in Hegins..

People have no idea of the safety measures their food goes through as far as meat inspection, pasteurization and antibiotic testing, she said.

Consumers may not understand that many producers are under contract with specific companies to raise their meat animals and that’s where their livestock must be sold. They don’t understand that feed costs tens of thousands a week, or the costs of propane to heat the buildings housing the animals.

“No farmers want to have to euthanize their stock but you can’t hang on to 300-pound pigs indefinitely when the processor is closed,” Flory said. “Those facilities aren’t designed to handle giant animals, which these would end up being sitting in barns for another two or three weeks.

“It’s devastating to us (the farmer). A lot of the integrators are doing as much as they can to support their farms but it’s a business.”

Flory has been invited to speak at an upcoming Zoom interview with Commonwealth Charter Academy and a podcast with the PA Grazing Land Coalition.

In addition to Facebook, the information is also posted on another social media platform at mewe.com/join/pafarmtofamilytable.