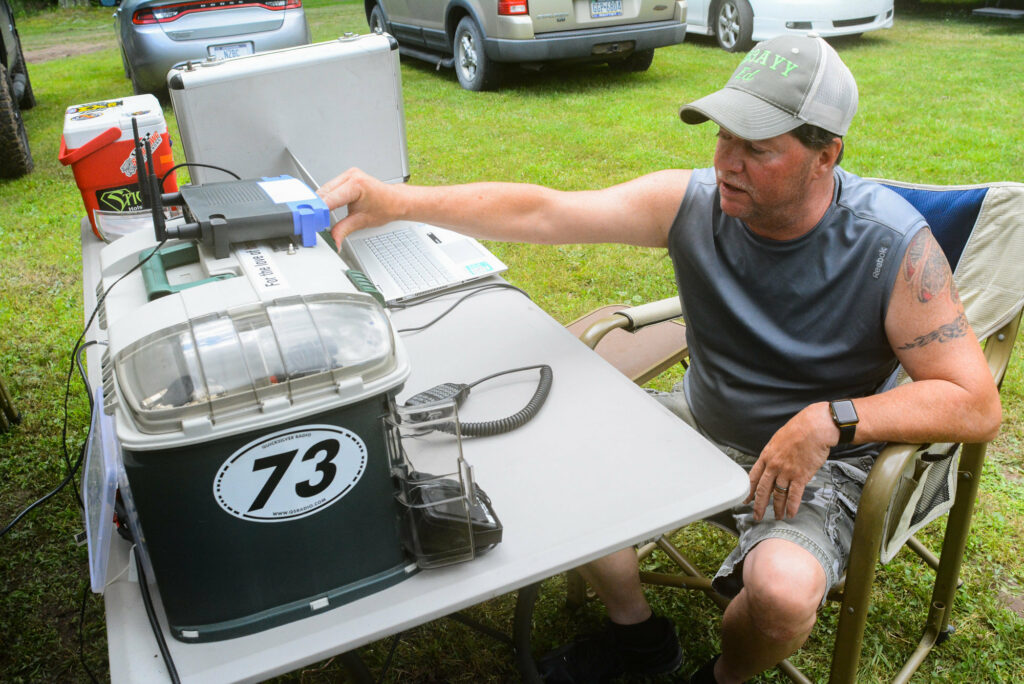 “Amateur radio” or “ham radio” began more than a century ago, but even after all that time with technological advancements, hobbyists still play a significant role in keeping communications available during major emergencies.

From 2 p.m. Saturday to 2 p.m. Sunday, the annual Field Day 2019 was held by the Tamaqua Wireless Association Inc. at Schroeder Family Farms near Barnesville. A group of ham radio enthusiasts gathered with their amateur radio equipment for the 24-hour event that has been held in different locations in the county over the years.

When the weather cooperates, as it did Saturday, the event is held outdoors. Visitors are allowed to attend and learn more about amateur radio and get the chance to be on the air under the guidance of a certified operator from the club.

During Field Day, amateur radio operators hold demonstrations, give talks to community groups and take part in other activities to raise awareness about amateur radio. During this annual event, thousands of amateur radio operators and clubs in the United States and North America will set up radio stations in parks, community centers and other remote locations for the purpose of gaining proficiency in operating under austere conditions should an emergency occur.

TWA public relations contact Jim Munley, of Lost Creek, said the 24-hour event is also a competition among ham radio clubs around the country, with each trying to contact as many different stations as possible.

Munley said being part of the amateur radio hobby has the important aspect of assisting in providing the communications to other areas when an emergency occurs. 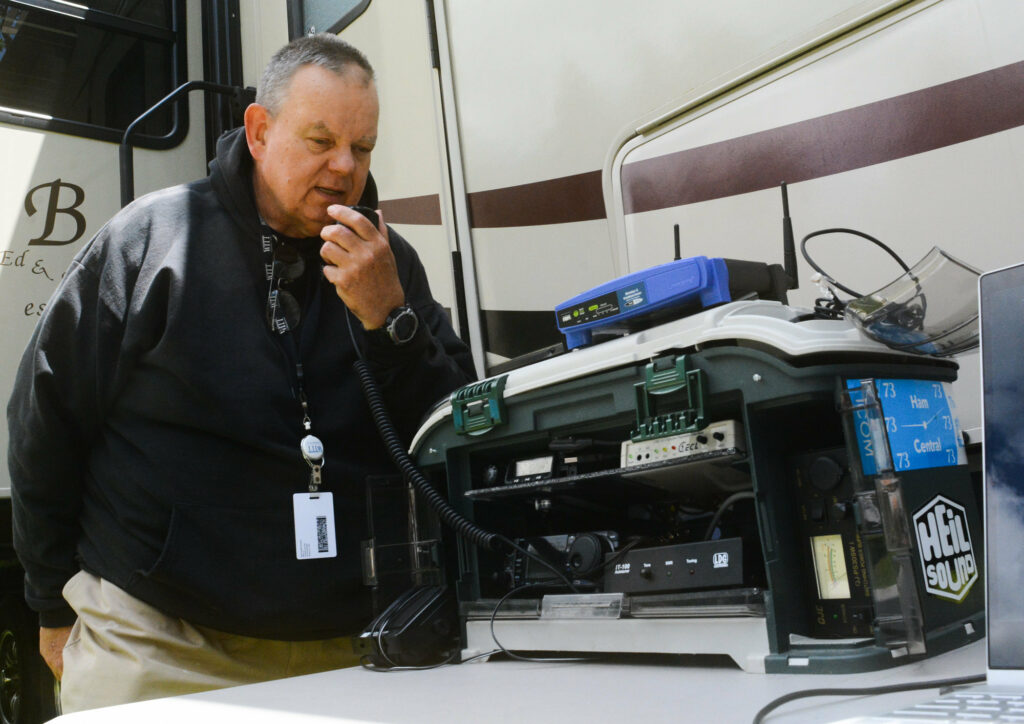 “It’s actually more than a hobby,” Munley said. “We have an emergency service network where we meet every Tuesday night no matter what, even on Christmas and New Year’s Day.”

All ham radios operate on direct current, Munley said, though alternating current can also be used through an inverter. When an emergency occurs and electrical power is interrupted, a gel cell or other type of battery is used.

“First of all, the amateur radio community has always been very community oriented,” Matz said. “Within the county, we refer to it as our ‘auxiliary communication system,’ which is the same way the state does. We have at our center some amateur equipment, so we have the capability of using our repeaters around the county. We also have UHF, which is ultra high frequency, and HF, which is high frequency.”

Matz said the radio enthusiasts in the county have been important when emergencies strike.

“We have utilized amateur operators during times of crisis going on in the county, and that could be simple as the 911 system going out in certain parts of the county,” he said. “They also assist us in exercises that we do not only in Schuylkill County but across all of Pennsylvania. They’ll stand up for any of the nuclear power plant drills. It’s important. It’s something that is utilized a lot of times during the parades, such as in Girardville and Tamaqua, for that auxiliary communications system. It is very beneficial. Normally, what we’ll do is work through the two clubs in the county, Tamaqua Wireless and the Schuylkill Amateur Repeater Association.

Matz said there is an effort to bring in new people interested in amateur radio.

“Additionally, we have been trying to spark extra interest, and we’ve been pretty successful through the efforts of the emergency coordinators out in Porter Twp. and Tower City,” he said. “They’ve run two classes on becoming operators and then follow through on testing. They’ve actually increased their numbers out there by about a dozen, which is beneficial to the local, because, of course, all disasters are local. When something happens in the county and with my small staff, we rely heavily on the local coordinators, and amateur operators can supplement those local coordinators. They’re civic-minded, but they’re also technologically savvy. Being able to have an extra set of eyes and ears out there saying ‘Here’s what’s going on in my part of the county’ is important.”

For more information about amateur radio and about becoming a TWA member, call Munley at 570-462-3683.