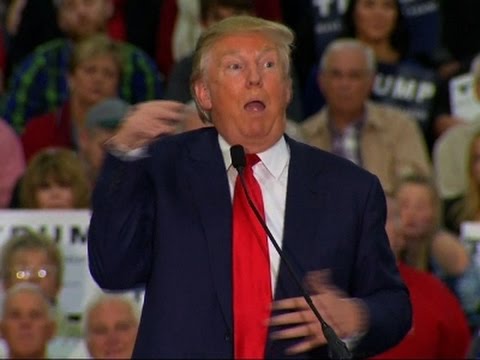 Wednesday, Jan. 6, was an incredibly dark day in the United States. We were attacked by domestic terrorists. It was the most disturbing single day on our shores since Sept. 11, 2001. It was the most blatant act of treason since states took it upon themselves to secede right before the Civil War. It was most critical threat to Washington’s most revered infrastructure since the War of 1812. It was the most disgusting assault on American democracy … ever.

Unfortunately, in a somewhat similar manner to some of these other events and phenomena in American history, the Capitol attack was not a complete and utter surprise. It was only a matter of time before Donald Trump’s words of violence, jingoism and psuedo-patriotic sentiments boiled over and culminated in a real piece of brutal, criminal insurrection. History, and the art that reflects on this period of time, will look shamefully on those who participated in and helped bring about the chaos of Donald Trump’s reign through their votes and their recklessness. And the people of good faith who suffered through this time won’t forget this absence of sound judgment.

This brings me to the films that will undoubtedly sprout from this disgraceful chapter. Hollywood, as of late, does a very good job marketing films that have simple, good and evil stories. The superhero genre, off the back of trailblazing but simple films like the original “Star Wars,” has become so popular in part because the films within it are simple. They are not challenging in their morality, nor are they ambiguous in their thematic elements. But many, many people see these films. And while the impact these films have on those who watch them is generally unclear to me, I believe that they offer a pathway to making some real change for good. In the past, the zeitgeist has indeed been influenced by good filmmaking.

Donald Trump, in comic book terms, is essentially a supervillain, willing to turn his back on any humility in order to keep his rabid fans angry. As the Capitol was being broken, I couldn’t help think of the Joker in “The Dark Knight.” Yes, Michael Caine. Some small, soulless, gutless men do indeed only wish to watch the world burn.

I don’t know a sensible person who fundamentally agrees with the Joker’s tactics, yet I do know many people who find Donald Trump to be something of a rock star. But where’s the difference? They both wear clown makeup. They both have money to burn. They both have little regard for the lives of others. They both attempt to rationalize awful deeds and get away with it, Trump with entitlement and the Joker with nihilism. They love chaos. I can actually think of one difference; at least the Joker’s cronies wore masks.

Going forward, the next generation of filmmakers will need to make very clear that the actions taken on Jan. 6, 2021, can not be tolerated again. Make it clear that such acts are those of not victims, but of angered aggressors who have long sought a reason to riot. Their mode of getting these points across will most definitely be varied. I suspect that indie filmmakers will take it on first, before eventually the blockbuster studios will have no choice but to steal the idea. And for once, the big fish eating some of the little fish’s food won’t only be fine, but encouraged. Hollywood will, at that point, have the opportunity to spread the message of good and evil in an unambiguous, clearly-stated way. And they’ll be right to do so in the context of retelling and reflecting on the Capitol attack, because there really was only one side of evil in that moment.

Donald Trump will not be alone in his cultural and historical dragging down the road. All of his supporters, who were cool with all of his calls for violence, and racism, and sexism, and complete lack of regard for American history and tradition, and lack of wit and tact, and general meanness, will also rightfully be remembered as being completely numb to all of this. The Capitol was taken over temporarily by insane people, some of them carrying Confederate flags. Is this what you had in mind when you so achingly needed to fight against the libs and “socialism?” I hope you enjoyed the little four year party. The adults will take things over from here. Now, for the rest of time, your country and future content creators will make a mockery of your carelessness.