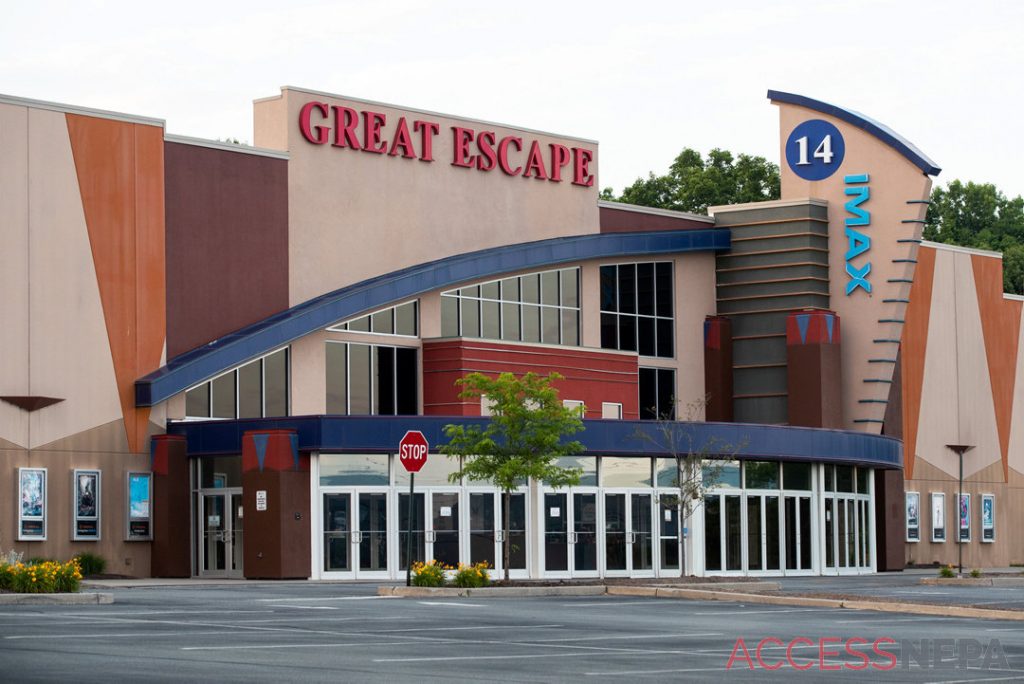 Michael Keller and Jose Jijon go to the movies so often that they purchase a monthly pass at Regal Dickson City and IMAX.

They will need to go somewhere else to get their movie fix with Monday’s announcement from Cineworld Group Plc that it will temporarily close 536 Regal cinemas in the U.S. starting Thursday.

The temporary closures will affect about 45,000 employees.

“I’m kind of sad because we’ve been coming here so long that we made friends with a lot of the workers,” Keller said.

Keller and Jijon, both of Lake Ariel , have a Regal Unlimited movie subscription pass. For $18 a month, they can watch as many movies as they want.

“We’ve been coming at least once a week since it reopened (Aug. 21), but there haven’t been many new movies coming out,” Keller said. “Prior to COVID-19, we would sometimes come two or three times a week.”

While disappointed in the decision to close, Keller recognizes the challenges movies theaters face during the pandemic.

“We’re diehards but sometimes when we come, we’re the only two customers in the whole building,” he said.

Efforts to slow the spread of the virus resulted in closure of most cinemas for nearly six months.

In the past few days, the already-decimated 2020 release calendar lost another big film, James Bond pic “No Time to Die.” Partly because of that news, one of the country’s biggest markets, New York, has not committed to a plan or a date for reopening cinemas in the state.

Parent company Cineworld has high debt and struggles like other exhibitors with the effects of the pandemic. The absence of the biggest North American markets and a consistent, solid release schedule from Hollywood studios have been devastating .

“We never argued the fact that we needed to be closed until we saw that similar activities to us started to open,” Cineworld CEO Mooky Greidinger said, citing indoor dining. “We cannot be in a situation where we lose more cash when we are open than we lose when we are closed.”

Greidinger doesn’t regret reopening in August — at the time there was a solid release schedule. He said the business needs a set blockbuster calendar extending six to eight weeks in the future in order to reopen.

Keller sympathizes with the employees over another closure and is optimistic the movie industry will bounce back.

“I’m sad to see it close again because they’re going to be out of work again,” he said. “Hopefully, it will reopen and we can get back to whatever the new normal is going to be.”

Greidinger hopes that that might be settled before Christmas, in time for “Wonder Woman 1984.”

“I will be the happiest man to open the cinemas for ‘Wonder Woman,” he said. “But we will also need to look beyond ‘Wonder Woman’ to January and February.”

Robert Tomkavage, staff writer, and The Associated Press contributed to this report.