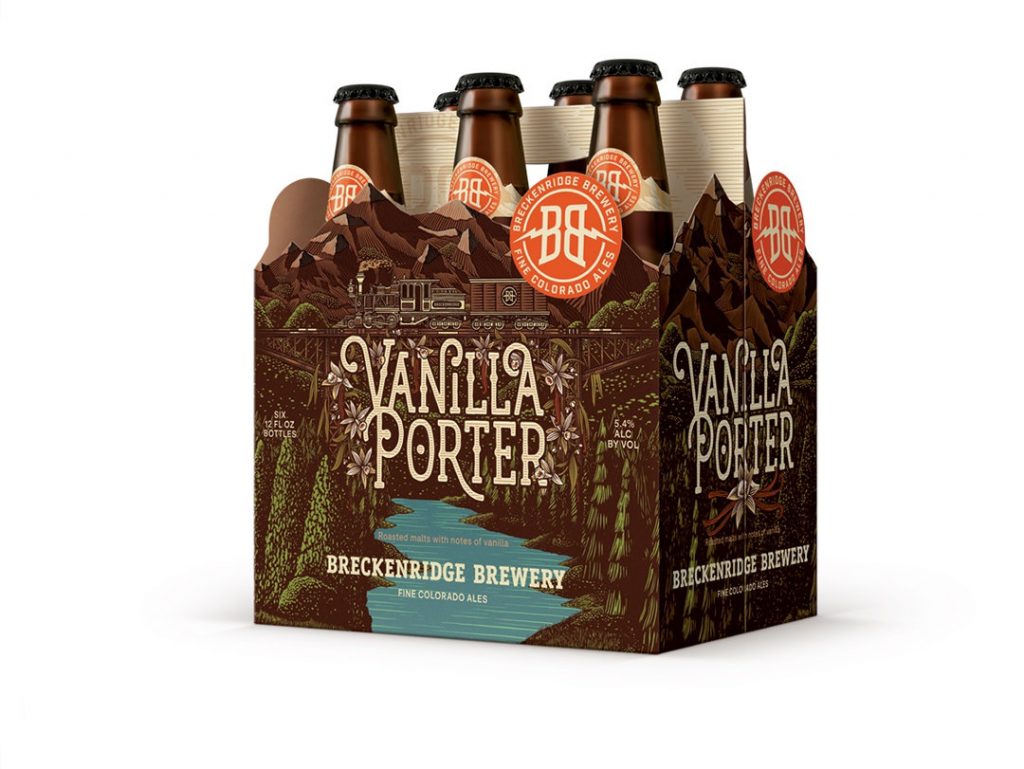 Breckenridge Brewery turns out mild ale with hint of vanilla

January typically crawls by with its cold temperatures and long, dark days. But I haven’t had time to sit and think about it much because I’ve just been going and doing. I was thinking that I could really use a vacation, since — let’s be honest — I think the last one I really enjoyed probably happened during the summer of 2019, which seems like a lifetime ago.

I started thinking about some places that might be interesting to visit in the winter, with their majestic landscapes or snow-topped mountains. I imagined Vermont and Maine here on the East Coast, places that are relaxed and picturesque. Then I thought it might be interesting to visit the Rocky Mountains and see some of the famous high-altitude cities and sights. There’s nothing that would beat a hike in the mountains followed by sitting beside a stone fireplace in a cabin, with a nice brew to cap off the relaxation.

That train of thought brought me to looking up some of the craft breweries in the heart of the Rocky Mountains. I came across Breckenridge Brewery out of Littleton and Fort Collins, Colorado. Founded in 1990, it started in the mountain town of Breckenridge and expanded to Denver by 1992. In 1995, Major League Baseball’s Colorado Rockies opened their stadium directly across the street, which greatly helped in expanding the business. The brewery moved and upgraded again in 1996, as it was producing more than 60,000 barrels of beer per year.

It has since moved to Littleton (in addition to the original location still in Breckenridge) and has signed on as a member of the High End, a family of craft breweries and a unit of Anheuser-Busch. This partnership has paved the way for its brews to be distributed in 35 states, with varieties including Vanilla Porter, Avalanche Amber Ale, Agave Wheat, 471 Double IPA and Breck IPA, along with a variety of specialty beers.

I tried what Breckenridge calls one of its classic beers — the Vanilla Porter. Touted as an ale made with toasted malts and notes of vanilla, it is crafted from real vanilla beans from Madagascar and combined with caramel and Munich malts.

The initial pour was a very dark, reddish color and smelled very malty with underlying hints of vanilla. The head was 1.25 inches tall and dissipated after a few minutes into traces of foam on top of the brew. The mouthfeel was thin and smooth with a very malty initial flavor, as indicated by the aroma from the first pour. The vanilla seemed mild in this particular brew but balanced well with the caramel. The aftertaste came in a touch on the bitter side.

The Vanilla Porter lands at a 16 on the International Bitterness Unit scale. At 5.4% ABV, this beer does not pack much of a punch. You can refill numerous times and keep a steady pace throughout the sitting.

If Vanilla Porter is your style, I’d give this one a go. It’s not the best vanilla porter I’ve had, but I enjoyed it.