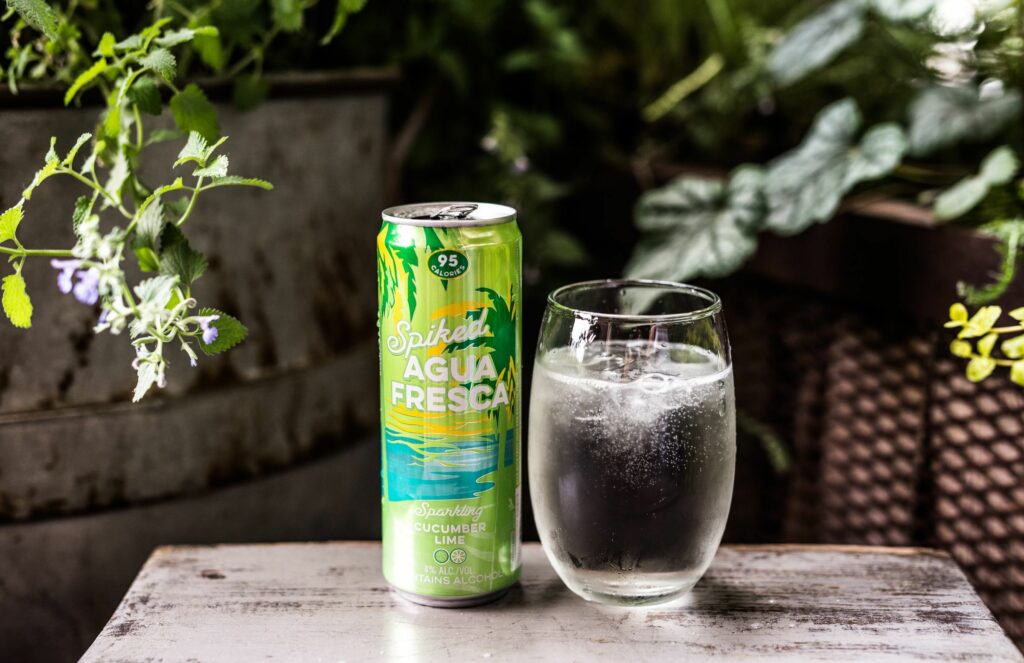 BY BETHANY AO, THE PHILADELPHIA INQUIRER

Ah, summer. The season of lazy sunbathing sessions on the beach and smoky barbecue dinners in your friends’ yards is finally here, in all of its humid, sweaty glory.

There are few feelings more satisfying than cracking open a cold one on a sunny afternoon. And in case you haven’t heard, this is the summer of hard seltzer. The Washington Post reported that alcoholic carbonated water sales have exploded, growing a whopping 169% in the last year alone to $487.7 million. (Sorry, non-seltzer fans. Maybe next summer we’ll get a fun new twist on sangria.)

Beer stores are awash in brightly colored cans with low-calorie labels in such tantalizing flavors as pineapple-ginger and melon-basil. Bella Vista Beer Distributor — which has erected a mountain-size spiked seltzer display — was struggling to keep them in stock on a recent visit.

“It’s the thing of the summer, or the summer of seltzer, as my boss likes to say,” a store employee said.

But which ones are actually worth buying? We blind tasted 13 of Bella Vista’s 15-brand selection to find out.

For flavoring, we hewed as closely as possible to citrus — lime, lemon, orange — allowing the occasional fruit twist. We assembled a panel of 12 judges from The Inquirer, including restaurant critic Craig LaBan. There was a mix of seltzer snobs, noobs, and skeptics.

The seltzers were chilled for at least two hours, served in Dixie cups, and graded on a 20-point rubric. Points were awarded for bubble formation, alcohol flavor (or lack thereof), aftertaste, and overall refreshment.

Here’s how the fizz settled.

This one was admittedly a bit of an outlier, but we could not resist sneaking seltzer lovers a taste of Pura Still, which calls itself “the first spiked water that doesn’t need bubbles to keep things interesting.” “This is horrifying,” said one taster. Others complained about its “medicinal taste,” harsh alcohol taste, and “viscosity” compared with the others. “I don’t know why this offended me so much,” said one taster. “I’d rather take a shot.” “Kill me now,” said another.

Wild Basin’s classic lime seltzer did not win anyone over with its “dirty water” taste, lack of flavor, and “nasty smell.” A few tasters found unexpected notes in the seltzer’s finish — more than one described the taste as “Apple Jacks milk” and “Apple Cinnamon Toast Crunch, in a bad way.“ “If I bought a six of this, I’d be really unhappy,” one taster concluded.

This spiked seltzer was too sweet, according to tasters. The bright purple color was also off-putting to some, prompting one taster to describe it as a “melted Jolly Rancher.” “The aftertaste is completely different from its real taste,” said another. “It tastes like sugar-free hard seltzer with food coloring. It’s like if Crystal Light had a hard seltzer.”

MillerCoors-owned Henry’s Hard Sparkling Water ranked the lowest of the four seltzers we tried from major beer brands. Tasters were more averse to the aroma (“like cheap chardonnay”) and its “fetid” aftertaste than its full-palate punch. Its bubbles impressed one taster, but it wasn’t enough to win any fans. “It’s immediately nasty,” said one taster.

Two Robbers was the only local seltzer we featured in our tasting. It received mixed results for its “sulfuric smell” and unpredictable bubbles. “Ew! It doesn’t even have any bubbles,” complained one taster. “I like it because it’s fruity and there’s not an alcoholic aftertaste,” mused another. (It was noted, however, that some of Two Robbers’ other flavors are more palatable.)

White Claw, which is backed by the company behind the Mike’s Hard brand, is currently one of the most popular hard seltzers on the market. Some tasters even declared it their favorite before we began the test. But it put up an unimpressive performance with its “strong alcohol taste” and “grassy” and “Windex-y” notes. It did impress one taster, however, who described it as “drier than the others.” “It tastes like citrus water, instead of fake soda that’s been twisted into an alcohol percentage,” the taster elaborated.

Bon & Viv was considered forgettable by most of our tasters. It didn’t offend, but it also didn’t make a statement. “Nice little bubbles,” said one taster. “Very tart, which covers the alcohol up.” “Smells like a doctor’s office,” said another. “I don’t like this one because I can’t understand it,” concluded one taster. “It’s neither here nor there. It’s super-average.”

Our tasters were divided on Arctic Summer, which is made with Polar seltzer (the best seltzer brand, according to another very scientific tasting conducted by GQ last year). “It comes closest to being a seltzer,” said one taster. “It’s got enough fruit taste so I know it’s flavored but it’s not bothering me.” “Fine, totally drinkable.” Others weren’t as impressed. “It looks foamy to me and I don’t like that,” said one. “It made me feel dehydrated. If I wanted to eat dish soap, I’d eat dish soap.” “It has a very overpowering smell,” said another. “Like if someone attacked you at a perfume counter.”

Smirnoff’s take on a spiked seltzer performed better than anticipated. Not everyone was a fan. “The aftertaste is very bitter,” said one taster. “It smells like candy,” said another. “And then you taste it, and you’re like, ‘Maybe I shouldn’t have.’ ” But it scored high enough to land in our top five. “Best bubbles,” one taster wrote on her score sheet. “This is refreshing,” commented another. “If I’m overheating, give me this.”

Itz Spritz, a gluten-free seltzer with a malt-free brewing process, won over a handful of our tasters with its bold flavor. “It tastes like Sprite,” said one taster. Others lauded its “smooth aftertaste” and “sweetness.” “It’s fascinating,” said another taster, who described it as being “mojito-like.” “What it tastes like is you want gum, and you’re looking in the depths of your backpack and you have a piece that’s only a little bit open, and you unwrap it and pop it in.”

Truly ranked the highest out of our selection of mainstream seltzers. Our tasters liked its understated flavor and carbonation. “The bubbles feel like clouds on my tongue,” said one. “I don’t taste anything,” said another. “Am I drinking my control?”

The inclusion of Corona’s take on a beer alternative inspired lively arguments about whether it can even be considered a hard seltzer. “This makes me think of Bud Light Lime-a-Rita,” said one taster. “I found this one balanced and refreshing,” said another. “But I wouldn’t think of it as water.” However, most tasters concluded that its juice-like qualities masked any alcohol presence successfully, even deeming it “dessert seltzer.”

Our winner came from Golden Road Brewing in Los Angeles. Tasters were impressed across the board by its “pleasant tartness” and how its flavor was distinct without tasting artificial. “It could use a little more carbonation, but I like how it tastes,” commented one. “I could chug this,” said another. “It’s like lemon water.” “Mm! Love,” one concluded. “I would buy this and give it to all my friends.”

TRACK: Abington Heights junior Anna Scoblick an inspiration at home and in sports
Daughter and son complete Jefferson Twp. woman’s dream of motherhood
Gardening competition sprouts up in Scranton
Plates from the Past - Franco's