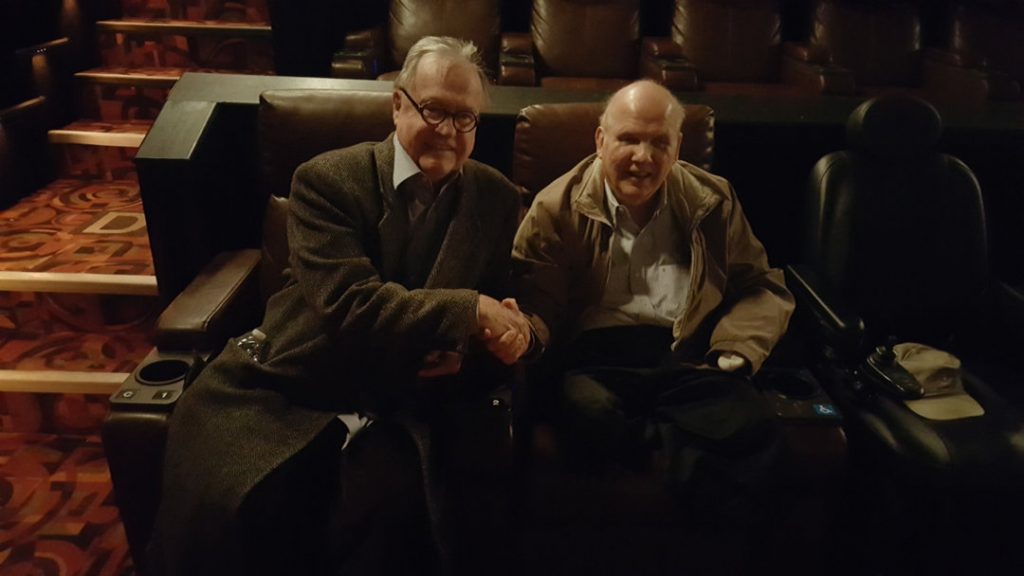 The Army infantry combat veterans struck up a friendship in the 1970s that has only grown stronger over the years.

While the COVID-19 pandemic reduced their ability to get together, they still meet occasionally for dinner and chat nearly daily by phone.

“We just bonded together and we stuck together,” said Munley, of Jessup. “We talk about life in general and how our lives are going. We talk about our families. Dave is such a caring guy.”

Wenzel recalled the two men met when they attended a veterans’ event at least 45 years ago and Munley made it a point to introduce himself.As decorated infantrymen who experienced and survived the horrors of war, the two men shared that frame of reference.

“It was at one of these veterans celebrations and observances that we linked up,” Wenzel said. “Tommy really wanted to get someone to talk to about Vietnam and I was a willing listener.”

Munley was a teacher before being drafted. As a soldier, Munley, who turned 74 Monday, questioned U.S. involvement in Southeast Asia. In 1970, he wrote a letter to The Scranton Times asking, “How many men must die before America realizes that war is wrong?”

Wenzel, 75, was in Reserve Officers’ Training Corps at the University of Scranton before graduating and getting shipped to Vietnam. In early 1971, Wenzel stepped on a landmine and lost both legs above the knee, his left arm above the wrist, and eventually most sight in his left eye. He spent about a year in a hospital in Valley Forge recuperating.

Wenzel has taken a philosophical approach to what happened to him, in that he did his duty, got wounded and that’s just the way his life went.

“The thing about Vietnam was it was so random as far as people being killed or me stepping on a landmine,” Wenzel said.

After the war, both men went on with their lives and built careers that have involved community service.

Munley, a Democrat, became a prominent defense attorney and hosted local television shows about law and veterans before becoming a county judge in 2005.

Wenzel, a Republican, became the city’s tax collector and later its 27th mayor, from 1986-90. He wrote a history book, “Scranton’s Mayors,” in 2006. He participates in a regional United Nations Association organization and serves on the city’s Shade Tree Commission.

Over the years, the pair have enjoyed going out to theaters to catch the latest blockbuster war movie on the big screen — in 1986, they watched “Platoon”and last year saw “1917,” a film about World War I.

During the past decade, Joe Riccardo, 53, of Scranton, often joined them.

Riccardo first met Munley, through working on the local television shows, and then met Wenzel through Munley.

Riccardo, who is two decades younger and did not serve in the military, has become a close friend of the two veterans.

“Just to be in the company of heroes — stop and think — one became a judge, one became a mayor who had significant challenges,” Riccardo said. “They’re as thick as thieves. They’re brothers, brothers in arms.”