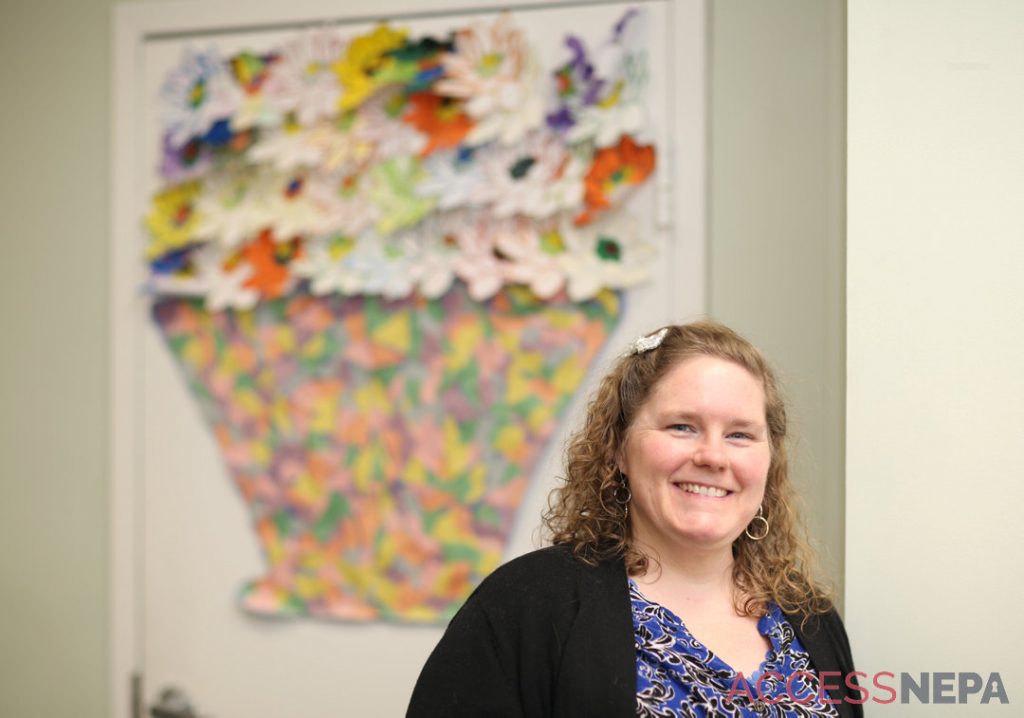 Heather Taber transformed herself from patient to provider.

The assistive technology specialist at United Cerebral Palsy of Northeastern Pennsylvania, Scranton, Taber thinks up creative solutions to bridge the gap between those with disabilities and their daily tasks.

“I’ve been given a gift for problem-solving,” Taber said. “I can look at someone with a disability, look at what they’re trying to do and bring them together.”

Assistive technology is any device, software or equipment that helps people work around their challenges, such as pencil grips or word-prediction software.

“My passion for helping people is No. 1,” Taber said. “The fact that I can use everyday objects to make a difference in the lives of others is huge.”

She didn’t arrive in her position without difficulty, however. When Taber was 16, she suffered a brain aneurysm that ruptured and caused a stroke, paralyzing her left hand. During her stay at a rehabilitation center in her hometown in California, Taber discovered that she had a passion for helping others.

“I would go into the therapy development and help people,” she said. “I wanted to be a therapist.”

Taber eventually moved with her ex-husband to Northeast Pennsylvania. While a stay-at-home mom for many years, she remained active as a volunteer at Mid Valley School District, Keystone Mission and her church — really, “any organization that needed a volunteer,” she said.

However, still interested in her teenage dream of becoming an occupational therapist, Taber took the leap and enrolled at Penn State Scranton, where she earned a bachelor’s degree in human development. Shortly after graduating, she started her current job, where has served for nearly four years.

“It’s a funny story,” Taber said. “My former supervisor, Linda Mesavage, was contracted to do assistive technology evaluation (for Penn State Scranton) to see what devices I would need for school to help me succeed. Three years later, Linda called me up and said, ‘I don’t know what you’re doing, but I have a job opening if you’d be interested.’ As they say, the rest is history.”

One perk of her job is its variety.

“I don’t have a typical day,” Taber said. “First, I come to work and check emails and phone calls. Then I look at my calendar and see what my day is like. … Some days it’s cleaning the equipment, and some days it’s data entry. Every day is a different day.”

Taber is responsible for three programs UCP of NEPA provides through TechOWL, the institute on disabilities at Temple University: the Assistive Technology Lending Library, which lets people borrow different types of assistive devices to try for free; the Free Special Phone Program, which offers specialized phones to Pennsylvanians who have trouble using the phone independently; and the Pass A.T. On Re-Use Program, which recycles gently used equipment such as canes, walkers, wheelchairs and shower chairs to distribute for free to members of the community who need them.

“This device is one of my favorite devices,” Taber said, picking up from her desk a solid black device that resembled a walkie talkie. “It’s a cell phone that has tactile buttons and different-shaped keys for people with visual impairments. It also speaks to you, and on the back it has an SOS button. You don’t have to subscribe with a different service, either. It works with every cell provider.”

More than 85.3 million people in the United States — 7.2 percent of the population — have a disability, according to a 2014 study by the U.S. Census Bureau. Despite these statistics, Taber said, people often think they have never heard of assistive technology.

“One of my favorite things to ask people is, ‘Does anybody use assistive devices?’ Nobody will raise their hand, but half of them are wearing glasses,” she said. “So I’ll say, ‘Everybody who’s wearing glasses, take them off,’ and then I ask again. All the hands go up.” 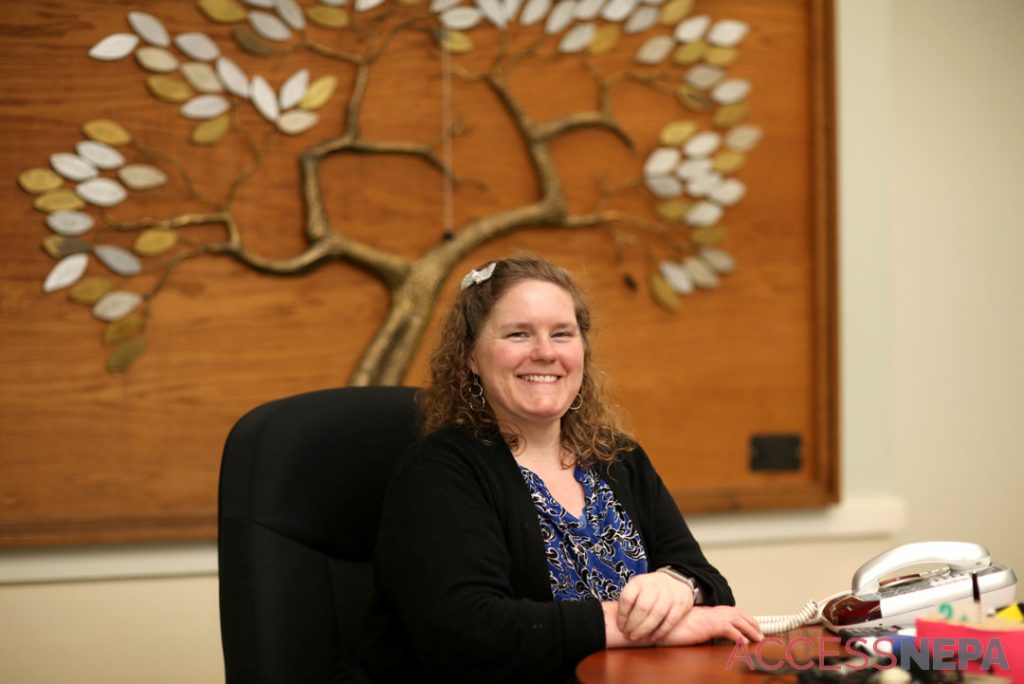 “A lot of people use the speech-to-text option on their phone. For someone who has fine motor impairments, that’s assistive technology,” she said. “It could be high-tech, low-tech or even something someone made themselves.”

In addition to her day job, Taber serves as membership coordinator for the NEPA Aging Network Alliance, which promotes awareness of services and issues affecting older adults in Northeast Pennsylvania.

“I love making a difference in their lives,” she said.

One of the most important things, she stressed, is to ask someone with a disability if he or she needs help before just trying to do something for him or her.

Taber urged those struggling with disabilities to reach out to UCP.

“I work with all ages and all disabilities. People see UCP and assume you have to have cerebral palsy to get services, but you don’t,” she said. “Even if it’s not a long-term disability, like extra equipment after a surgery for short-term or if you have a flare-up, I can help with that, too.”