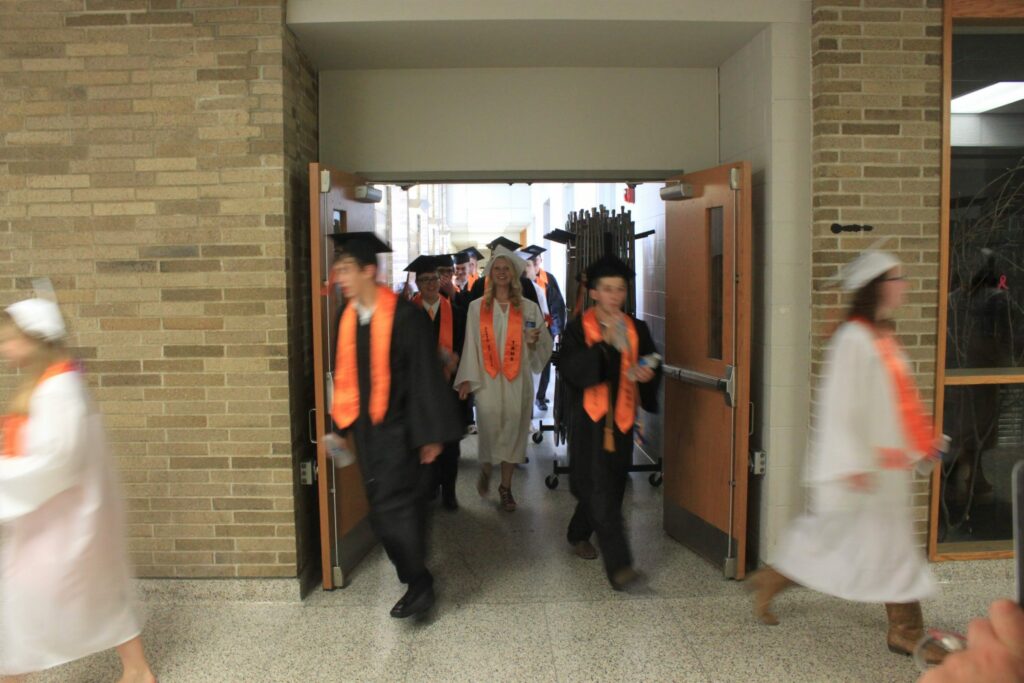 As Cammie Anderson walked through the halls of Tunkhannock Area High School on the last day before summer vacation, a student gave her a hug goodbye.

Anderson congratulated the student for making the honor roll this semester and said to have a good summer break.

This interaction was just one small example of what Anderson, a drug and alcohol prevention education specialist who works in the school district, has built over the past 25+ years.

“I try to not be just in the building and in their classrooms. I go to their baseball games, I go to their dances, I go to prom. I line them up at graduation,” Anderson said. “I go to the plays, I go to the band concerts. One of the things I truly believe is kids don’t care what you think until they know that you care.”

This is only one of the reasons she believes her approach to education and prevention works so well.

“A lot of these kids, I’ve had their parents,” she said. “These families know me because I’ve been here for so long. I’m very proud of what I built here and it did not come overnight. It is over 20 years of hard work and dedication to this district and these families.”

The Duryea native first came to the Tunkhannock Area School District as an intern while studying psychology at Wilkes University.

While finishing up her undergraduate studies, Anderson needed an internship and went to her advisor for help, only to find out that the choices remaining were limited. 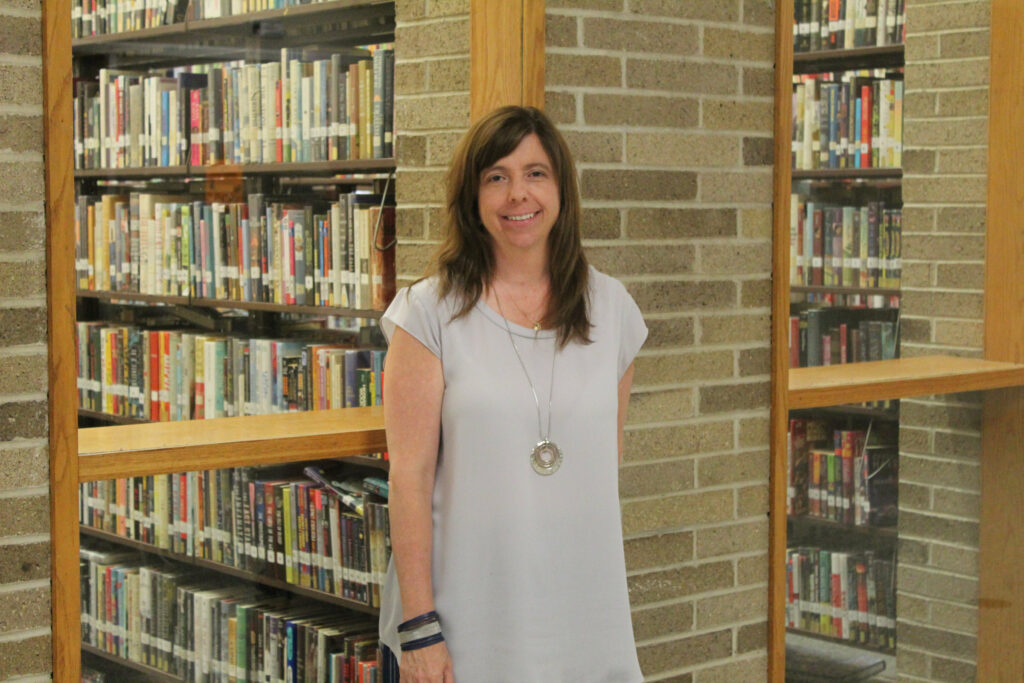 BROOKE WILLIAMS / STAFF PHOTO
Cammie Anderson, a drug and alcohol prevention and education specialist, has been working with the TASD for over 25 years.

Ultimately, she chose a drug and alcohol internship with the school district, though her actual goal was to work on the psychological end of head injuries.

“This was never really in my master plan,” Anderson reflected. “I think being based here is what truly made me fall in love with it. I absolutely fell in love with this town. I just absolutely love the kids. I don’t know if I ever would have stayed if it was another school district.”

A few years into this line of work, she heard someone say, “No one is in this field by accident.”

“I thought, well, I really am,” she said. “But then looking at my own life and how I grew up and some of the issues in my family, I guess I’m not here by accident. We’re all touched by substance use disorder at some level.”

Each day in the school district differs for Anderson, who teaches students from kindergarten through 12th grade about the dangers of drugs and alcohol.

Lessons are often specific to certain ages and curriculums.

This includes the DARE program, teaching students in the child development class about fetal alcohol syndrome and the effects of drug use during pregnancy, and informing technology education students about the impact of drugs in the workplace, just to name a few.

The other aspect of Anderson’s job is working with students who deal with substance use disorder at home.

“That can be any grade, any kid,” she said. “My caseload is pretty heavy, really all the way through. I have kids at every level dealing with it.”

“My goal is for them to understand what they need to do for themselves and to move forward,” she said. “With the little kids, it’s a lot of safety planning and letting them know it’s not their fault.”

Anderson works with students who need to get into a treatment setting and helps them once they return to school.

She aims to promote peer positivity through her work with organizations such as Breaking Boundaries, which connects high schoolers with student mentors at Keystone College, and helps remove barriers to student learning through the state’s Student Assistance Program.

For Anderson, the positive effects of her work become apparent when she runs into former students in the community.

Those who have gone down the wrong path are often eager to tell her how they have turned their lives around. They also acknowledge their appreciation for her trying to get through to them in school, even if they didn’t listen at the time.

But she never allows people to attribute their success to her during these reunions.

These instances happen to her fairly often.

“I would like to have them happen all the time,” she said. “They keep you going, because I will tell you, in my field, what we see more is the obituary and the police blotter.”

Over time, Anderson has seen a shift in her work because of the opioid epidemic.

While she can’t pinpoint an exact year, it didn’t used to be common to see kids in the Children and Youth system or being raised by grandparents because their parents have substance use disorder.

In the past, her work in the elementary school was mainly in classrooms, but now she has a caseload of young children.

The curriculum also differs, as students need to learn about the dangers of abusing prescription medications, which Anderson said was unprecedented.

At the high school, what she hears from students greatly differs from when she first started at the district.

“I absolutely have seen such a huge change in the environment and the families,” she said. “It is heartbreaking.”

Outside of the schools, Anderson works with the Wyoming County Hope Coalition and has a focus on greater community outreach in Wyoming and Luzerne Counties.

“I think education is probably the most important thing we can do to combat the crisis,” she said.

In good news, Anderson said the county is starting to see a plateau in the epidemic.

“I know it doesn’t seem like it’s coming fast enough because we are absolutely losing too many people, but I think we are starting to see a shift,” she said. “Hopefully education is working and our kids are making better decisions when it comes to picking up prescriptions.”