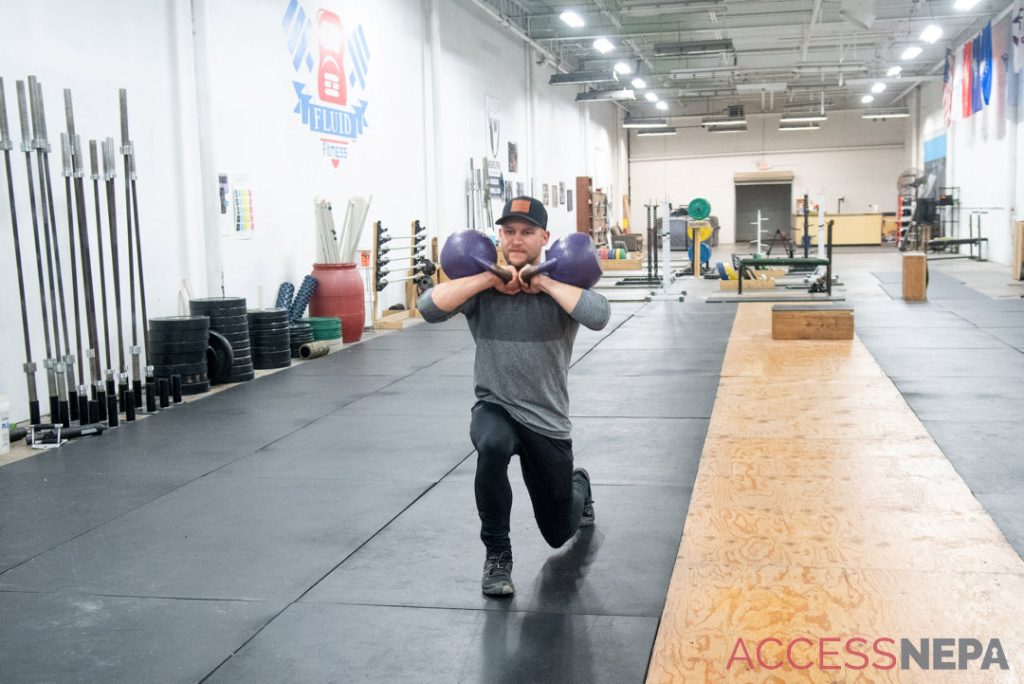 POTTSVILLE — John Matulevich hopes to help student-athletes and adults get into their best shape at his new gym.

There are currently a few dozen people whom he works with regularly and they include high school athletes in swimming, baseball and field hockey from across eastern Pennsylvania, as well as a few dancers, and adults looking to stay in shape.

Matulevich, who also owns Ruthless Performance and is an assistant coach for the Pottsville Area High School swim team, began training clients inside the gym space in early January as state pandemic restrictions began to ease and, before that, he held conditioning classes in the parking lot beside the building.

“Some of those athletes are dedicated and they needed to maintain their level of conditioning for their sport while the shutdown was happening,” he said.

With students he focuses on athlete development and injury prevention.

He said those he works with don’t have as many problems with ACL injuries, knee and back pain compared to other athletes. 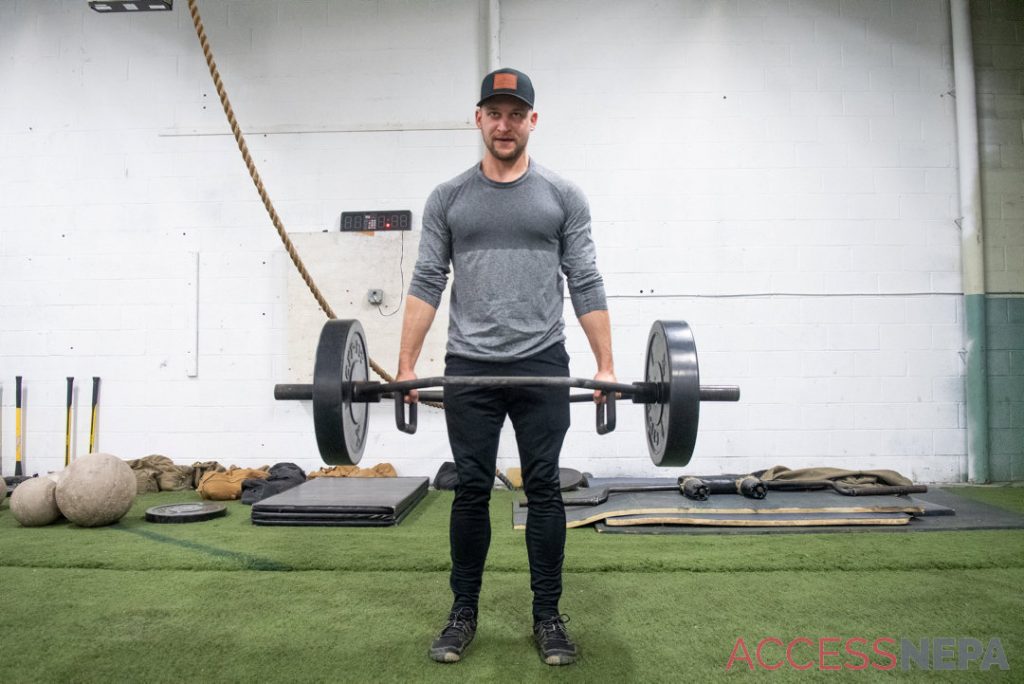 For adults, he focuses on taking their existing physical and mental performances to the next level.

Matulevich is also using the gym as a training grounds for future fitness trainers through an agreement with Bloomsburg University.

In February, he brought on Keith Lowery, of Drums, a senior at the school majoring in exercise science, as an intern. The major requires students to complete a semester-long internship.

Lowery said although he has only been working with Matulevich for a month, he has already learned a lot.

“Being able to shadow John helped me develop my own coaching style,” he said. “I’ve also seen the business side of running a gym, which I don’t get to see as an exercise science major.”

For Lowery, who is planning a career in the strength and conditioning field and is president of Bloomsburg’s strength and fitness club, the internship is a chance for him to get more comfortable as a coach.

“I’ve learned to be open and show energy,” he said.

Matulevich said having an intern is a chance to bring college-educated individuals into the community. He plans to keep him on staff full-time after Lowery graduates. 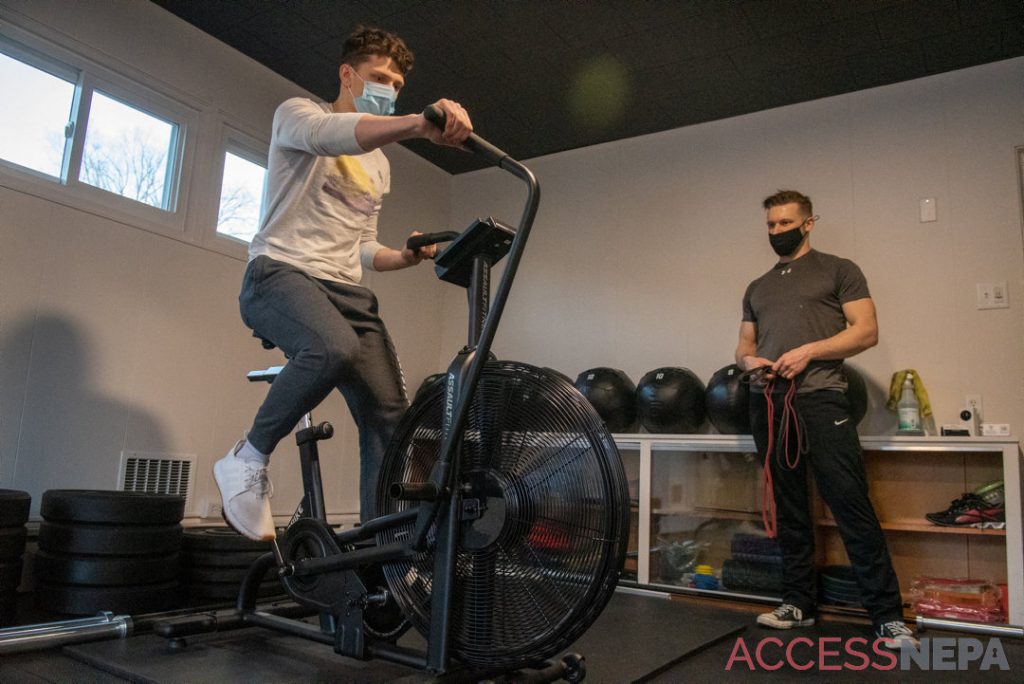 DAVID MCKEOWN / STAFF PHOTOGRAPHER
Pottsville Area High School swimmer Zaidian Van Orden, left, works out with John Matulevich, owner of Mobility and Fitness Studio, looking on during a session at the gym in Pottsville on Monday.

The space at the new studio additionally allows him an area to train for a paddleboarding expedition from Cuba to Key West in the summer of 2022.

He hopes to break a world record doing so.

The plan to open the gym space was originally conceived for Launch Pottsville last year, a business plan competition put on by the Pottsville Area Development Corp., which awards money to help launch businesses in the city.

Although the program’s start was delayed by the pandemic, Matulevich said he had so much momentum that he opened the gym without it. He said he still plans to expand Mobility and Fitness Studio into a space 10 times larger.

“This is the minimum option to get us started,” Matulevich said.

He said the current space works for smaller groups during the pandemic, and it’s easier to sanitize.

The pandemic also provided a perfect time to open as people are focused on their health.

“While some might think about the negative aspects of being in a gym environment, what they are gaining in terms of their immune function, fitness and cardiorespiratory health drastically outweighs what they would otherwise being doing at home,” said Matulevich.

Matulevich said clients, many of whom he has worked with for several years, have reacted positively to the new gym space. Among them are Zaidian, 18, and Kahmaya Van Orden, 11, of Pottsville. 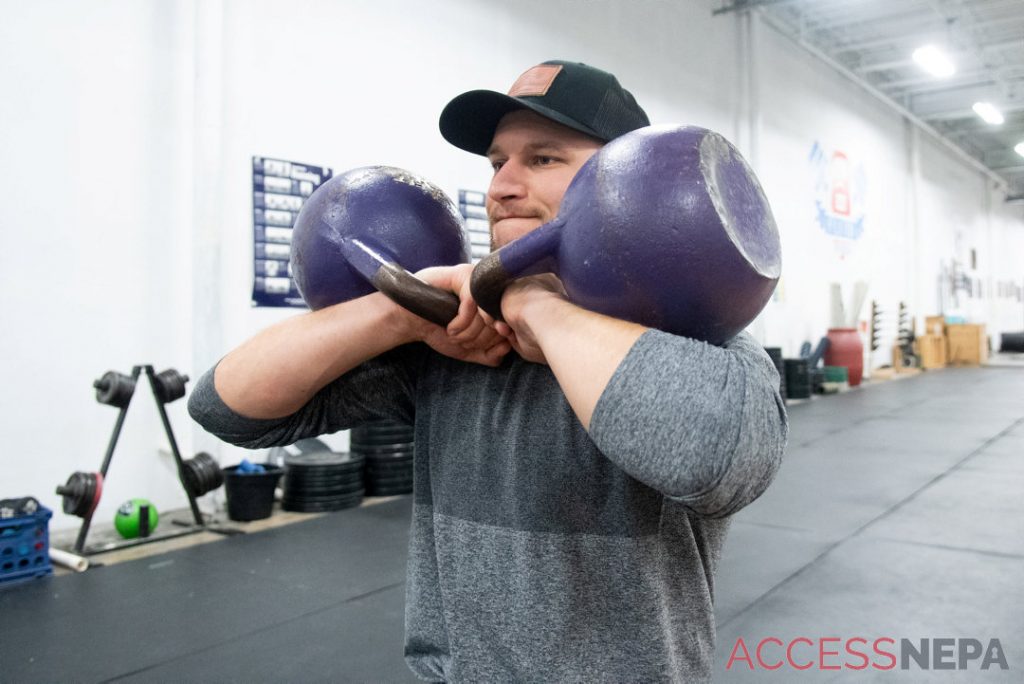 DAVID MCKEOWN / STAFF PHOTOGRAPHER
John Matulevich, of Saint Clair, trains at Fluid Fitness Solutions, Orwigsburg, in October 2020. He was preparing to paddleboard from Cuba to Key West and break a world record for paddleboarding.

Their dad, Glenn Van Orden, said he and his daughter were so impressed with Matulevich’s work with her brother, a senior member of the Pottsville Area High School swim team, that she decided to start training there a month ago.

“He pushed him to have a healthy lifestyle and built up his muscles,” the father said.

“He got Zaidian to become a 50 freestyle champion on Sunday,” he said about his son’s win in the District 11 Class AA Swimming Championships.

Kahmaya, who attends middle school in the Saint Clair Area School District and is a member of the Pottsville Piranhas swim team, saw how the training benefitted her brother and was inspired to work with him, Van Orden said.

“He’s really passionate about what he does,” he said. “He really wants to see a change and to see these kids succeed.”