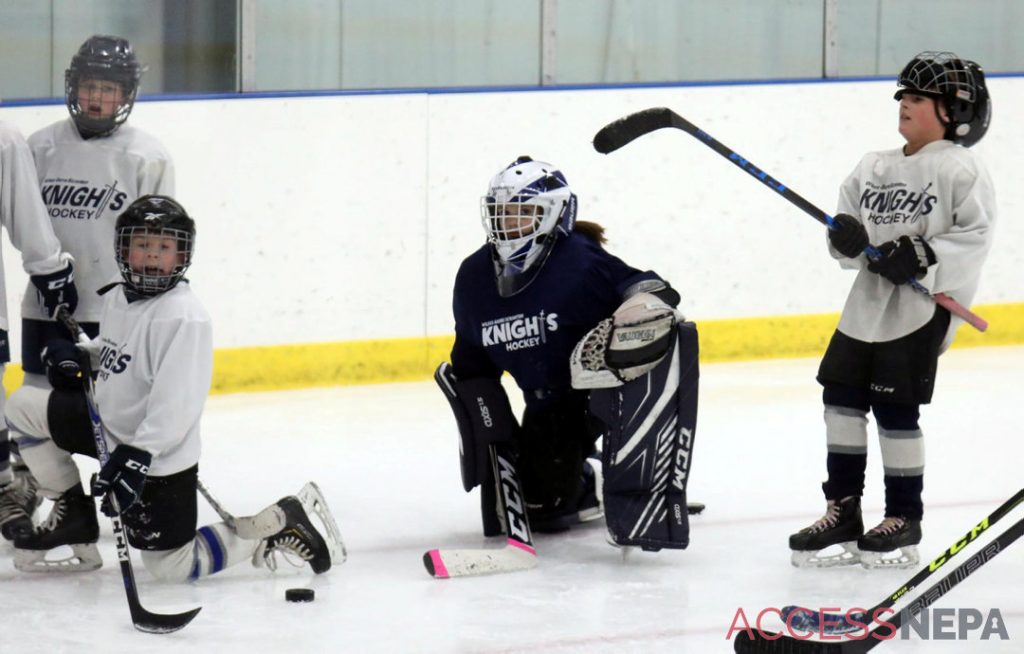 Ice skating at indoor rinks is back at limited capacity after COVID-19 restrictions canceled the popular activity during the holiday season.

The holidays are typically the busiest time for ice skating, and shutting down public sessions led to big losses for both the Toyota SportsPlex in Wilkes-Barre and Revolution Ice Centre in Jenkins Twp.

Jason Jarecki, general manager at the Toyota SportsPlex, said the ice rink reopened Jan. 4 after the three-week mandated shutdown that followed a previous closure from mid-March through the first week of August. This weekend was the first time the Toyota SportsPlex has hosted public skating sessions since March, however.

“We’ve taken a bigger hit on public skating than everything else,” Jarecki said. “Public skating is our cash cow and on a normal year, we would be averaging 180 to 200 people a session in December and January. Now, we’ve taken a major hit.”

The admission price to ice skate increased from $8 to $9 and the total cost with rental skates is $13. Due to COVID-19 restrictions and social distancing requirements, people who want to ice skate at the Toyota SportsPlex must wear masks and register in advance through links on its Facebook page.

“With COVID, the days of having a long line of 200 people paying cash are over now,” Jarecki said. “It has been very challenging but we’ve made it work as best as we can.”

Since Toyota SportsPlex reopened Jan. 4, it has been hosting activities such as private hockey lessons, figure skating lessons and practices and games for the Wilkes-Barre Junior Penguins hockey team with limited capacity.

The Wilkes-Barre/Scranton Penguins also should begin practicing at the Toyota SportsPlex later this month after officially opting in for the American Hockey League season. The Penguins will follow an abridged schedule this season, Jarecki said.

Cosmic glow-in-the-dark public ice skating sessions at Revolution Ice Centre began again on Jan. 8 and take place on Friday and Saturday nights. People must purchase tickets in advance at revo-ice.com. Masks are required, spaces are being limited and no walk-ins are permitted. Participants also are asked to complete COVID-19 questionnaires.

Revolution Ice Centre owner Jody Cordaro said ice skating allows people “to get out and do something fun while being able to stay safe.”

Like other businesses, Cordaro said the ice rink was “seriously affected by both shutdowns.”

In addition to the business being closed for several months, he said the shutdowns suspended its hockey season for weeks as well as its youth and adult skating programs.

“The holidays are the busiest time of the year for the rink with our Cosmic skating, public skating, learn to skate, learn to play hockey and other programs and those programs were all suspended during the shutdown,” Cordaro said.

In another blow, King’s College recently announced it had canceled its season for its men’s and women’s teams. The coaching staff at Revolution Ice Centre also was downsized. 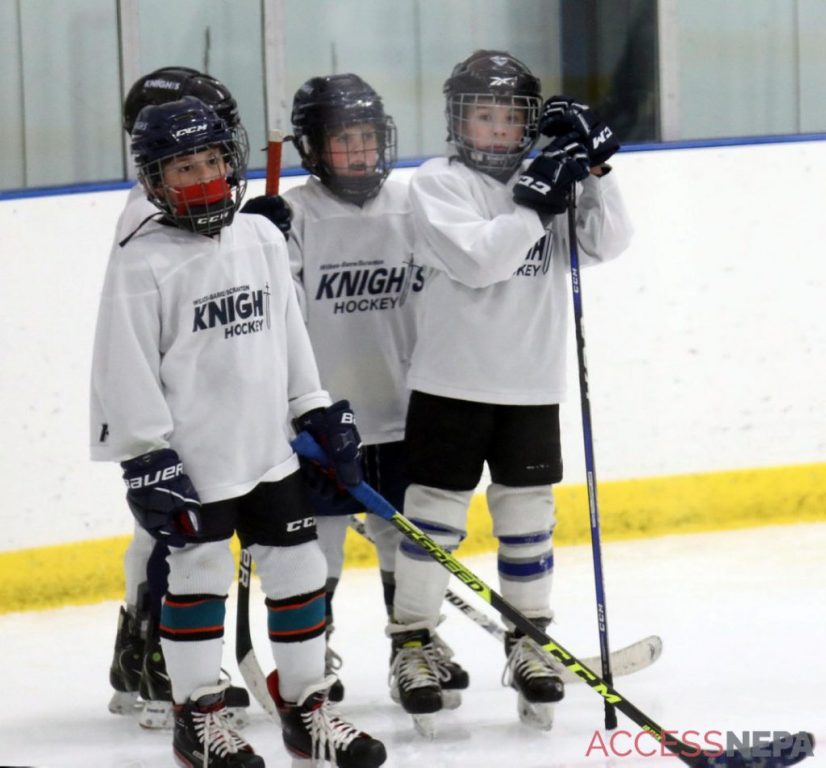 DAVE SCHERBENCO / STAFF PHOTOGRAPHERMembers of the Wilkes-Barre Scranton Knights Hockey Team take a break during a recent practice at the Revolution Ice Centre in Jenkins Twp. on Jan. 13,2021.

Long-time ice skating coach Karel Zubris, the first ice skater to be inducted into the Luzerne County Sports Hall of Fame, hasn’t been on the ice in an indoor rink since March but she has ice skated outdoors.

Zubris, who has coached ice skating at Revolution Ice Centre and Toyota Sportsplex, said it’s the longest that she could remember not being on the ice.

It was a tough year for Zubris as her father John Gosciewski, a World War II veteran, died on March 9 and the last day she was on the ice at Revolution Ice Centre was March 8.

“We are excited to have athletes and their families from all over the state come and visit our ice rink as well as NEPA,” Cordaro said. “The events will be a great draw for people to support our local hotels, restaurants, retailers, community shops and attractions.”