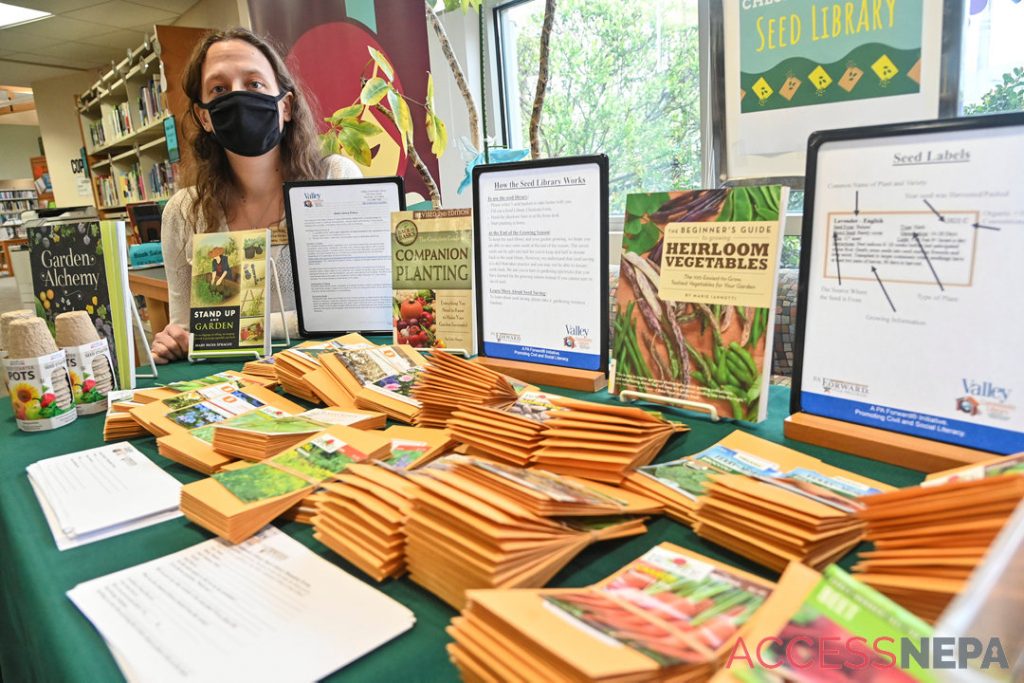 BLAKELY — By encouraging its patrons to plant gardens, Valley Community Library hopes to grow something more than flowers and vegetables.

Valley Community launched its new seed library Monday, allowing users to “borrow” seeds to plant in their gardens with the promise to return with their own seeds at the end of the season to help replenish the inventory.

“It’s interacting in new ways,” Danielle Karwaski, interlibrary loan and adult services clerk, said of the nontraditional project, which is a first for the library.

“Here is a hobby that can get people outdoors and learning about how to grow their own food. They can share information about what they learned — their tips, what went right, what went wrong — and everyone can advance their skills.”

Library patrons who want to participate can select up to three packets of seeds to plant in their gardens, with dozens of different types of flowers, vegetables and herbs to choose from.

The library has more than 1,000 packets of seeds, which were donated by various businesses and nonprofits, ready for distribution, Karwaski said.

She is interested in seeing which seed packets become the most popular among library users. She personally is intrigued by the roughly 10 sunflower varieties, along with some of the tomatoes.

“It’s going to be exciting to find out what people like to grow,” Karwaski said. “There is something here for everybody. If somebody is like, ‘Oh, I would just like some nice little flowers for my front yard,’ we’ve got that. If you want to start growing your own food, learning how to make different meals, that’s fine as well.”

The library has many gardening books to assist patrons whose thumbs are a shade other than green, she said. The library is also hoping to bring in experts to speak on gardening-related topics.

Although the library would like people to save and turn in seeds at the season’s end, it knows that may not be possible in some cases, Karwaski said. Those patrons are encouraged instead to turn in any tips or tricks they learned.

“Everybody has a different gardening level, and some seeds are harder to save than others,” she said. 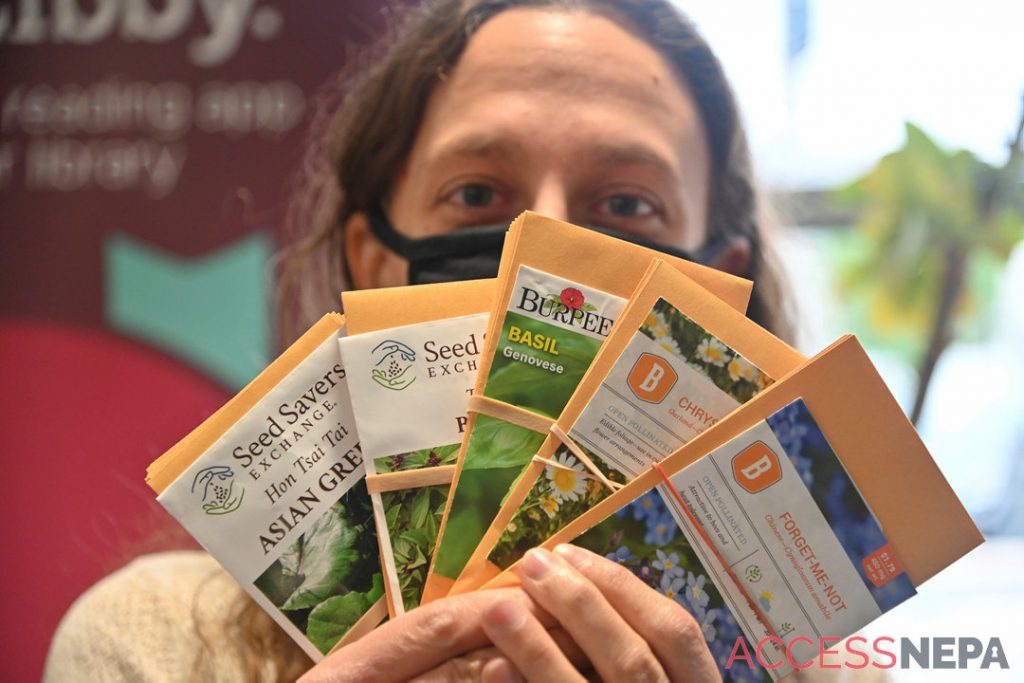 JASON FARMER / STAFF PHOTOGRAPHER
Danielle Karwaski, adult servives and interlibrary loan clerk at Valley Community Library, holds packets of seeds for the new seed library on Monday, May 10, 2021. The seed library will allow patrons to have access to a variety of seeds and start growing their own garden at no cost.

Valley Community is at least the second member of the Lackawanna County Library System to have a seed library. The Carbondale Public Library Garden Club unveiled a seed library last month as part the library’s Earth Day celebration.

The area’s oldest seed library can be found at Marywood University.

Established about eight years ago, the Marywood Seed Library is housed inside an old card catalog chest on the first floor of the Marywood Learning Commons.

Christine Zwick, the library cataloguing associate who’s known as Marywood’s seed librarian, said the library was an attempt to raise awareness and get the university community more involved in gardening, seed-sharing and seed-saving.

Seed libraries are growing in popularity, she said.

“I think gardening is becoming more popular,” Zwick said. “If anything good came out of the (COVID-19) pandemic, it’s people spending more time at home and just becoming more aware of where their food comes from.”