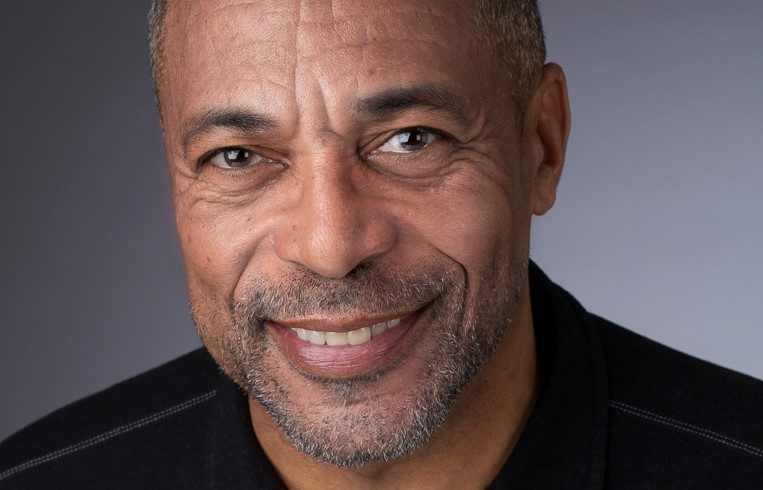 Scranton native’s directing talent keeps him in demand in Hollywood

The Scranton native is a television director and actor who has worked in the entertainment industry for 45 years, starting with guest-starring roles on “Cheers,” “Moonlighting” and “Beauty and the Beast.” Garner also worked as second assistant director on “The Blues Brothers” feature film in 1980 and plays the security guard in the movie.

Since then, he’s directed episodes of more than 70 television shows, including “Wings,” “Sister, Sister,” “Just Shoot Me!,” “Sabrina the Teenage Witch,” “Rules of Engagement,” “Girlfriends,” “The King of Queens,” “My Wife and Kids,” “According to Jim,” “Raven’s Home,” “True Jackson V.P.” and many more. He traces his success to lessons he learned in Northeast Pennsylvania. Growing up, he said, there weren’t as many Black or people of color people in Scranton as there are today, though there still was a Black community. It all made up a “blue-collar melting pot” of different ethnicities and backgrounds, as well as different personalities, which he feels benefited him in his career.

Garner was born in Baltimore to the late Leonard R. “Bob” Sr. and Rosearle Garner. His parents worked for the Department of Army in Baltimore and were transferred to Tobyhanna Army Depot when Garner was 2. The family relocated to Scranton, where Garner attended Scranton Day Nursery, Washington Elementary School and James Madison Junior High. He also was involved with the YMCA and attended Camp Spruks, where he eventually became a counselor.

After graduating from Scranton Central High School in 1970, Garner did not want to travel too far away from his family for college. A huge football fan, Garner knew about Syracuse University thanks to his favorite players, Jim Brown and Ernie Davison, and he admired the way the Black athletes at Syracuse “represented themselves and how the university supported them.”

Garner also was drawn to Syracuse’s drama program. While he didn’t participate in any plays or musicals at Central, he did form a theater group with friends, putting on a play called “the Black Experience” that focused on open housing in Pennsylvania. At the time, Garner explained, Black people could not rent in certain areas. The group performed the show at churches and community theaters, and Garner officially caught the acting bug.

Syracuse did not require auditions then, and Garner was accepted into the school and its program. Performing was an entirely new experience to him, and Garner had a tough time at first, especially compared to his classmates, who had starred in high school shows. One day, Leonard Drianski, his stagecraft teacher, pulled him aside. He told Garner that even though he may feel behind, many of his classmates had already reached their full potential. They weren’t open to learning anything new because they, more or less, thought they knew it all. Garner, though, was a blank canvas and ready to take direction to become a better actor.

“In my case, he saw I was just eager to learn and wide open to any ideas or anything they were teaching me. What I thought was my weakness was my strength,” he said. “I didn’t go into it with any prior training, and it really benefited me because I was learning. I was learning and taking the notes that were given to me to become a better actor.”

After a life-changing trip to Europe that expanded his worldview and graduating from Syracuse, Garner knew L.A. was his destiny. While he liked stage work, television and film captivated him, and so he and a classmate planned to move out West.

When the plan fizzled, Garner moved home to Scranton to regroup. He toyed with the idea of staying in town for a year to save some money, but Richard Waters, a mentor and photographer in Scranton, dissuaded him.

“He said to me, ‘You’re going to find a job, settle into a routine and before you know it, you meet a girl and a year turns to two, to three and before you know it, you’re just here. It will be easier to justify staying here,'” Garner said. “If I was going to go and chase this dream, I needed to go now. I couldn’t wait, and I had to bet on myself.”

With $200 in his pocket, Garner traveled to L.A. He stayed with a friend’s family, though the job he had lined up fell through. He took a day job with the Department of Water and Power but then heard about the Assistant Directors Training Program. Run by the Producers Guild of America and the Directors Guild of America, the program was invented to encourage women and people of color to enter the business and production side of the industry, typically filled with nepotism. Garner applied, took a test and was one of 15 people selected out of 1,500 applicants that year.

“I was so grateful for this program because it was going to be a way to get inside the business and learn how the business worked,” he said. “So, when I got into the program, the first day they put me in a van and they sent me out on location on a show called ‘Mobile One.’ And I have been in the entertainment business ever since.”

A typical week in the life of a TV show begins with a new script and table read with all the actors.

After a few days of rehearsals and usually a good amount of rewrites from the writers, producers and studio, the show films on Friday nights. Pre-pandemic, most of Garner’s shows were filmed in front of an audience. It’s an electric feeling to be in front of the live crowd, especially doing comedy.

“Comedy is harder to do than drama, in my opinion,” he said. “I think to take serious issues and then make them funny is a tough thing. If you do it right, though, you can get people to sometimes open their mind up a little more or a little easier when they’re laughing at something than if it’s always dead on, right in front of them. If you do it right, it’s a beautiful thing.”
Garner’s favorite genre is the multi-camera sitcom with an audience laughing and reacting to the show. There’s a rhythm that affects the actors, he said, and it depends on how long the actors must wait for the laughter to stop and how the actors interplay with the audience.

“It’s the wild card,” he said. “You never know what you’re going to get when you throw that audience into the mix, and it’s just like magic when it all comes together.”

Some of his favorite memories involve starting out behind the camera on the shows “The Streets of San Francisco” and “The Rockford Files.” The film “Car Wash” stands out, too, as does working on the first season of “Miami Vice.” He also had amazing experiences directing dozens of episodes of “Wings,” working with actors on crafting creative and funny moments to more emotionally vulnerable scenes.

Garner also has worked on children’s shows, including Disney Channel’s “Liv and Maddie” and “Jessie.” While children’s TV comes with it own set of challenges, just like any job, the young actors’ energy is fun to be around and usually entails some sort of physical comedy, he said.

He also cherishes being part of the “Blues Brothers” film in Chicago and getting to work with “John and Danny” (aka John Belushi and Dan Aykroyd) as well as Carrie Fisher. Garner has worked with dozens of well-known actors during his time, including some A-listers in the early days of their careers. He remembers working on “The Duck Factory” with a stand-up comedian from Canada. It was the comedian’s first sitcom job in the United States. His name was Jim Carrey.
Garner also directed episodes of “Two Guys and a Girl,” starring a young Ryan Reynolds.

“He was just this charismatic guy, and he was so funny,” Garner said of Reynolds. “He was one of those ones where you know right away that they’re going to go far.”

While COVID-19 slowed down the industry for a bit, things are starting to move again. And Garner doesn’t plan to slow down anytime soon, either. Most recently, he filmed a project for Nickelodeon as well as episodes of CBS’s “The Neighborhood,” starring Cedric the Entertainer (whom Garner previously worked with on the TV show “The Soul Man”) and Max Greenfield.

“It’s been real cool working with Max. This is the first I’ve worked with him, and he’s just real cool and fun to work with,” Garner said. “Cedric is great. I love Cedric. … He’s very funny, but he’s also very smart, and he knows comedy. He knows if something isn’t working and what he has to do to make it work.”

When he looks back at his life and career, Garner feels grateful for everything he’s done to get where he is today. He met his wife in L.A., and the two raised their sons, Clayton, 30, and Colton, 26, there. He passes on to them the lessons he’s learned, including those of the value of working hard and expanding your worldview beyond what’s right in front of you. He also imparts the importance of surrounding yourself with good people and staying humble.

“In this business, a lot of people don’t have long careers. This business can really change on you,” Garner said. “I’ve been in the Directors Guild since 1977, and that’s pretty amazing to think about. I’m very blessed and very fortunate.”

He takes pride in his Scranton roots, and Garner tries to come back to the city when he can, usually visiting old friends and the places where he grew up. Even though he’s been gone for a few decades, Garner can still name the streets and picture the buildings where he made memories. His life and career are in L.A., but part of his heart stays with Scranton.

“I’ll always have love for Scranton,” he said. “It was a piece of my life and my story, and it all led me to where I am today.” 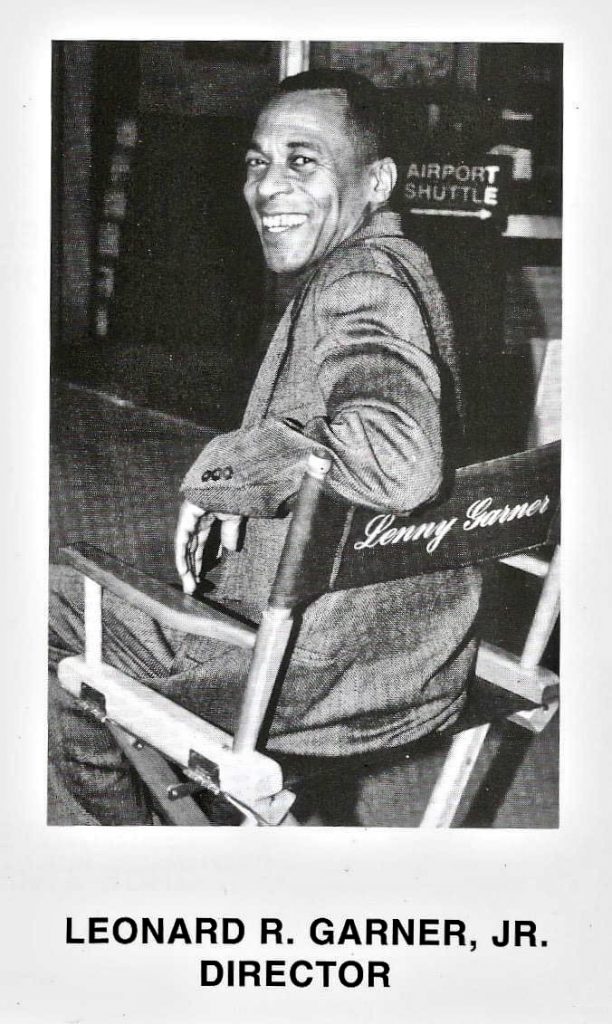 Residence: A native of Scranton, Garner lives in Los Angeles.

Claim to fame: Garner is an actor and director who has worked in the entertainment industry for 45 years. He got his start with guest-starring roles on “Cheers” and “Moonlighting,” was second assistant director on “The Blues Brothers” feature film and has directed more than 70 television shows.