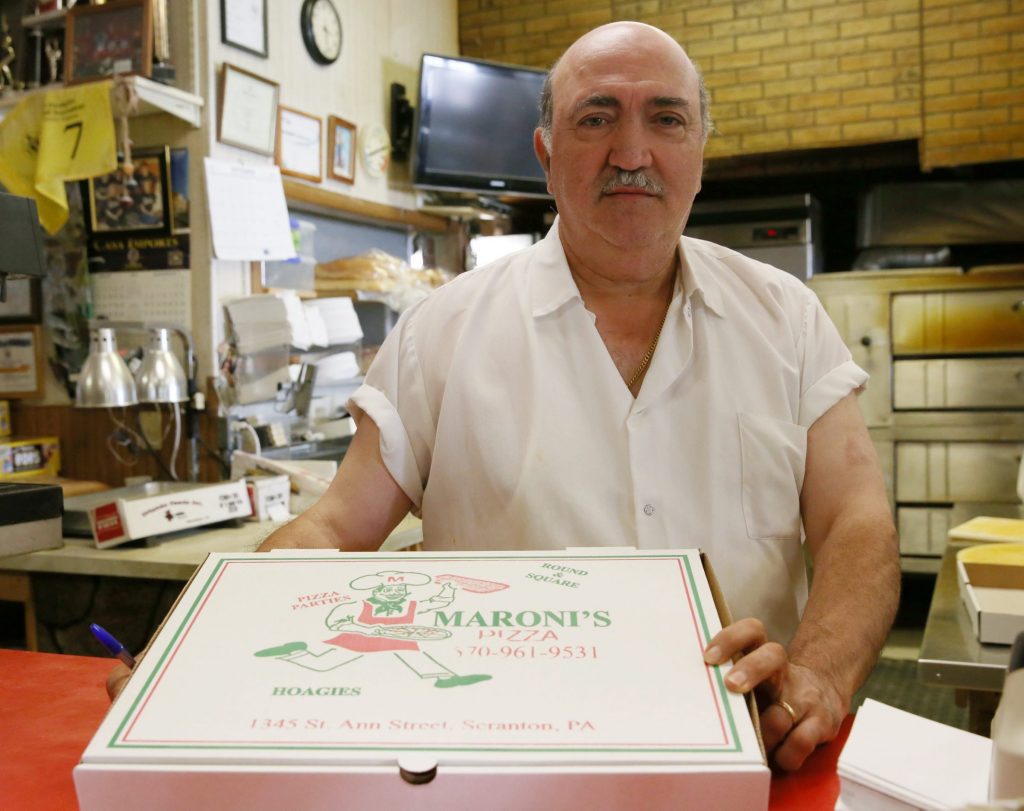 Carmen Pellegrino, a West Scranton pizza titan whose trays were widely loved and whose character, charm and gentle manner were ingrained in the DNA of his community, died Monday night after an illness. He was 62.

Pellegrino had been part-owner of Maroni’s Pizza House on St. Ann’s Street since he and his brother, Dominic Pellegrino, bought the business in 1982. Brother-in-law Tony Coccimiglio later came into the fold.

Maroni’s confirmed Pellegrino’s death late Monday in a post on Facebook which, 12 hours later, had more than 600 comments from pizza lovers who offered condolences and fond memories of the business and the man who served them.

“I’m 45 years old … I feel like I’ve been getting that pizza for most of my life,” said Danielle Corby of West Scranton.

For most of that time, Pellegrino greeted everyone who came in.

He was a Fred Rogers-esque character who wore a white apron instead of a red cardigan, she said.

Carmen and Dominic Pellegrino emigrated to the area from Calabria, Italy, in the late 1960s. 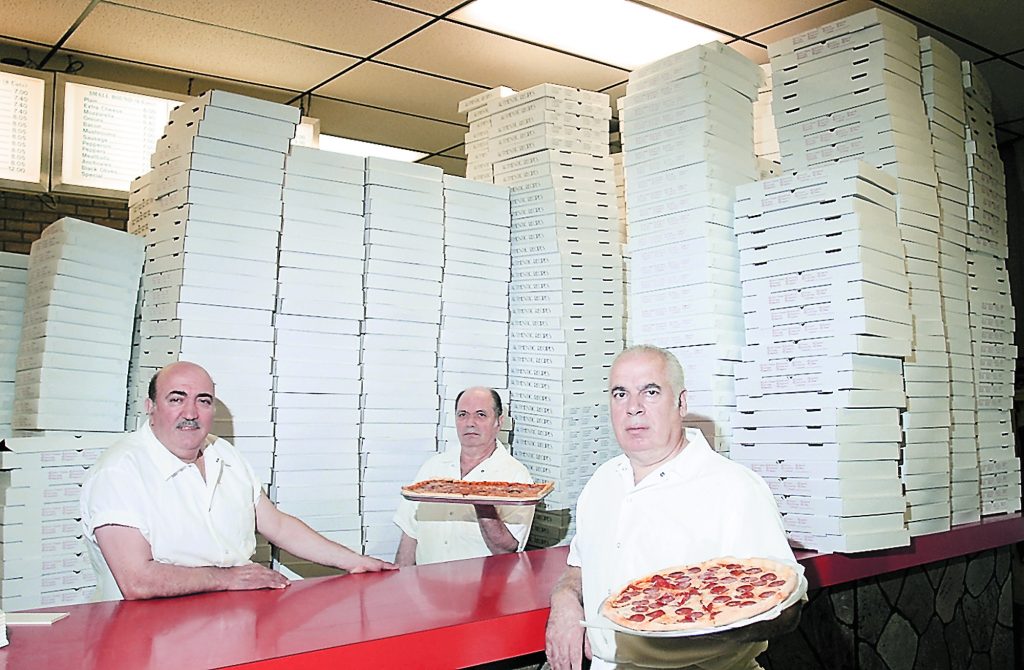 ACCESS NEPA FILE PHOTO
From left: Brothers Carmen and Dominic Pellegrino and their brother-in-law, Tony Coccimiglio, display some of their popular pizza at Maroni’s in West Scranton.

Maroni’s was already a neighborhood staple when they bought it in the early ’80s. They decided to keep the name and recipe the same. The pizza, round or square, has always had a distinct flavor.

Every child who grew up in West Scranton spent their weekends in one of Maroni’s booths. Everyone knew Carmen Pellegrino and he treated them all like a part of his family.

“No matter how busy it was when you walked in to Maroni’s, Carmen would engage you in a friendly conversation with a smile,” McAndrew said. “He was like a family member, like a cousin.”

West Siders who moved away always made it a point to go to Maroni’s when they came back to visit, he said.

“After you see your grandmother, the second stop is Maroni’s,” McAndrew said.

It’s a point that Pellegrino himself was quick to stress.

“Personally, I feel it’s important to give to the community, to the people who have been supporting us through the years,” he said during a 2011 interview.

Filmmaker Jeremy Saltry, whose 2016 documentary “Tray: A Cut of Culture” examined how pizza and culture are linked in Northeast Pennsylvania, said Pellegrino watched his customers grow up and became attached. 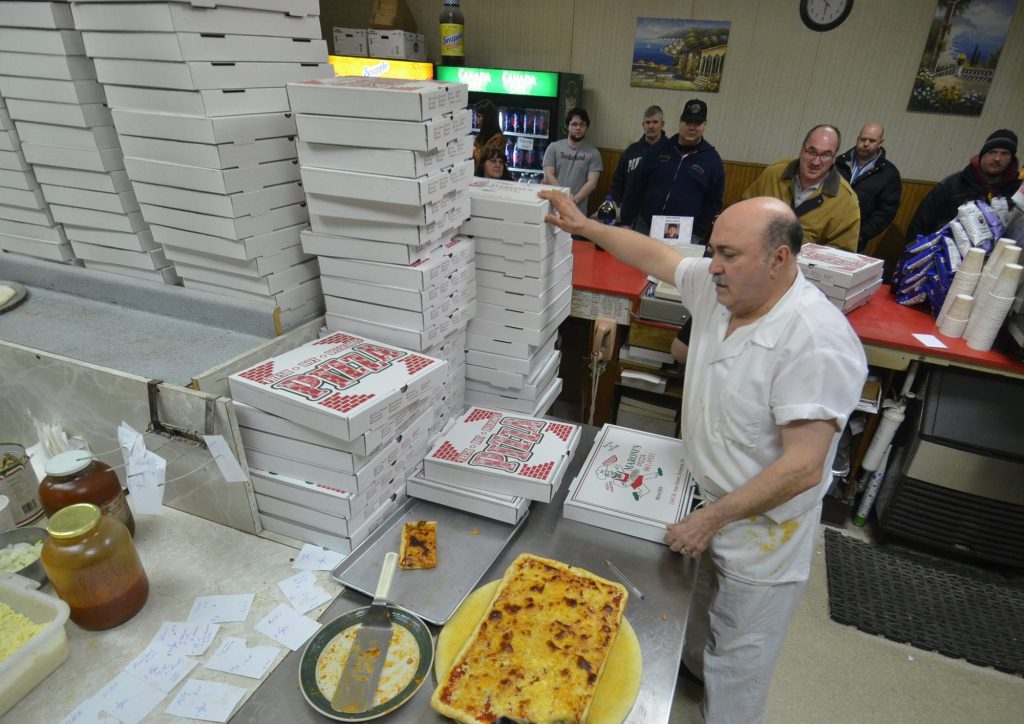 He saw them as friends and family. Saltry understood that as love.

“The recipe for Maroni’s pizza wasn’t just the goopy cheese and thick crust, the pepperoni that he still cut by hand for decades with the scars to prove it,” Saltry said. “It was the love and respect that he showed to every single person that came through that door. In Carm’s eyes, he always said what made Maroni’s successful was not the pizza but the people who came to visit every week.”

Pellegrino had a manner about him that could quickly put a person at ease, McAndrew said. A 20-minute wait for a pizza could feel like two as Pellegrino made conversation.

“I don’t know what that mojo is but he had it,” McAndrew said. “Not only was he a great pizza maker but a great up-front person.”

Maroni’s will be closed for the remainder of the week, the business said on social media.

Taped to the front door of the business is a small sign that reads, “Sorry we are temporarily closed for a death in the family.”

“When my family went to present him with the award, he was very gracious, soft-spoken, and humble,” Mirabelli said.

They posed for a picture but could not chat for too long. It was packed and Pellegrino needed to tend to his customers. The sauce stains on his apron attested to it.

“He may be gone, but his legacy will live on forever through pizza and fond memories,” Mirabelli said.