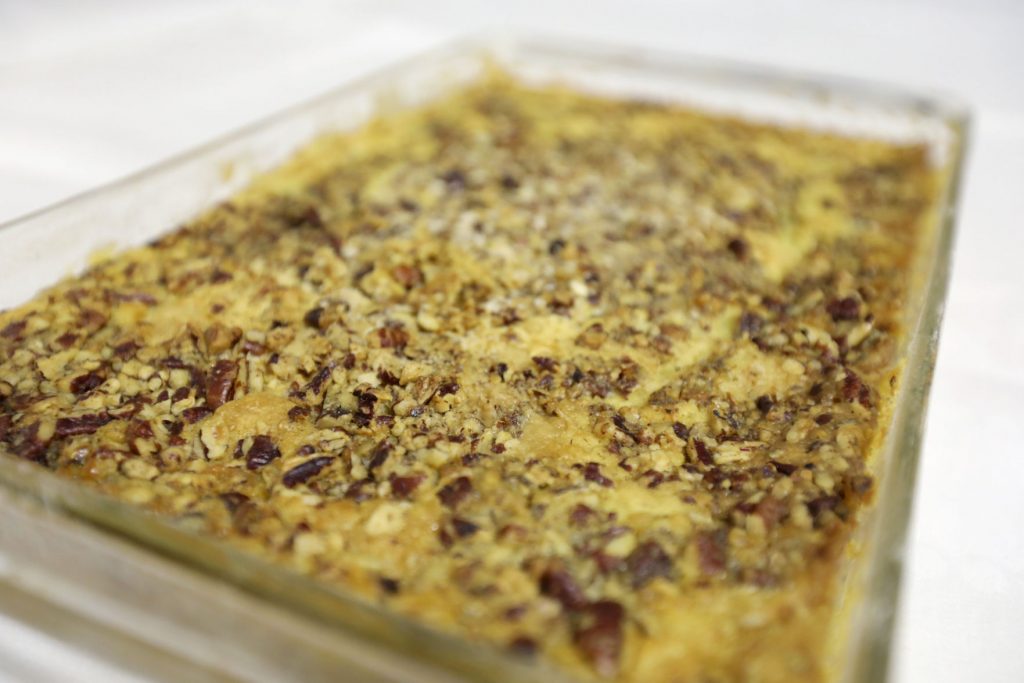 Put a new spin on Pumpkin Pie with nutty topping

During a time that’s anything but ordinary, desserts should defy expectations.

Pumpkin Pie is a seasonal staple, but Millie Ryczak’s Pumpkin Pie Crunch turns this sweet and spicy treat on its head with a layer of pecans and walnuts on top.

The recipe, which earned Rycazk a $50 gift card to Riccardo’s Market, 1219 Wheeler Ave., Dunmore, always can be found in her baking repertoire during the holidays. The West Abington Twp. resident got the recipe during culinary classes with Chef Melodie Jordan at Keystone College.

Ryczak called it an easy and quick dessert to make, and she said bakers will want to make sure it bakes for 55 to 60 minutes so the color comes out perfectly. 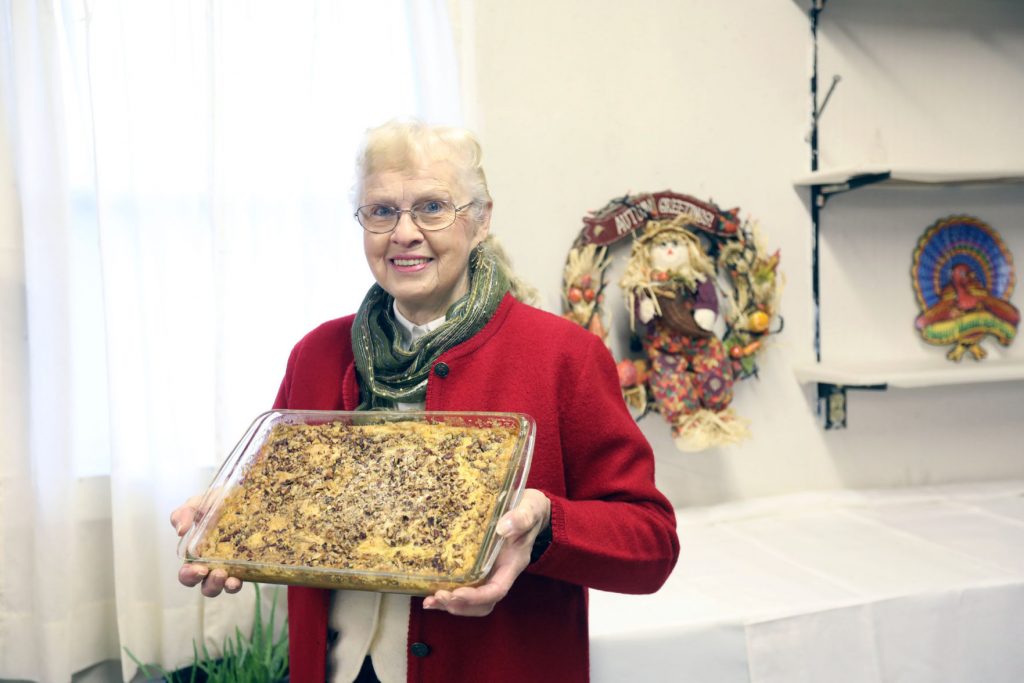 “You want to make sure it’s that nice, golden-brown color,” she said. “It’s also because that’s how you get all of the great flavors to come through.”

And don’t forget the whipped topping.

Throughout her careers at RCA/Thompson and as a nurse, Ryczak always was interested in creative and crafty hobbies, including sewing and cooking. Culinary classes helped Ryczak expand her skill set while doing something she loved. She took classes for five semesters because staying active is important to her, she said.

Ryczak has always loved to cook and bake for her family, which includes husband Rich; her children, Barbara Yarosh and husband Bob, David Carpenter and wife Angela, and Scott Carpenter and Anne; and her grandchildren, Bobby, Madison, Josophia, Cordelia, Elizabeth, Charles and the late Melissa.

Her husband doesn’t have much of a sweet tooth, but he loves his wife’s homemade pierogies as well as her homemade bread.

“We don’t buy bread in this house, and I make it all from scratch,” she said. “It’s a lot of fun to make something like that consistently.”

While the rest of her family doesn’t all live in the area, the holidays are usually their time together. Everyone has their favorites, including Ryczak’s Pumpkin Pie, Pumpkin Roll with Cream Cheese Filling, Apple Pie and, of course, Pumpkin Pie Crunch. While this year will present some challenges for the family to celebrate like it normally would, one thing remains constant: the matriarch’s love of creating a meal for her family.

“I love it when we’re all together,” she said.