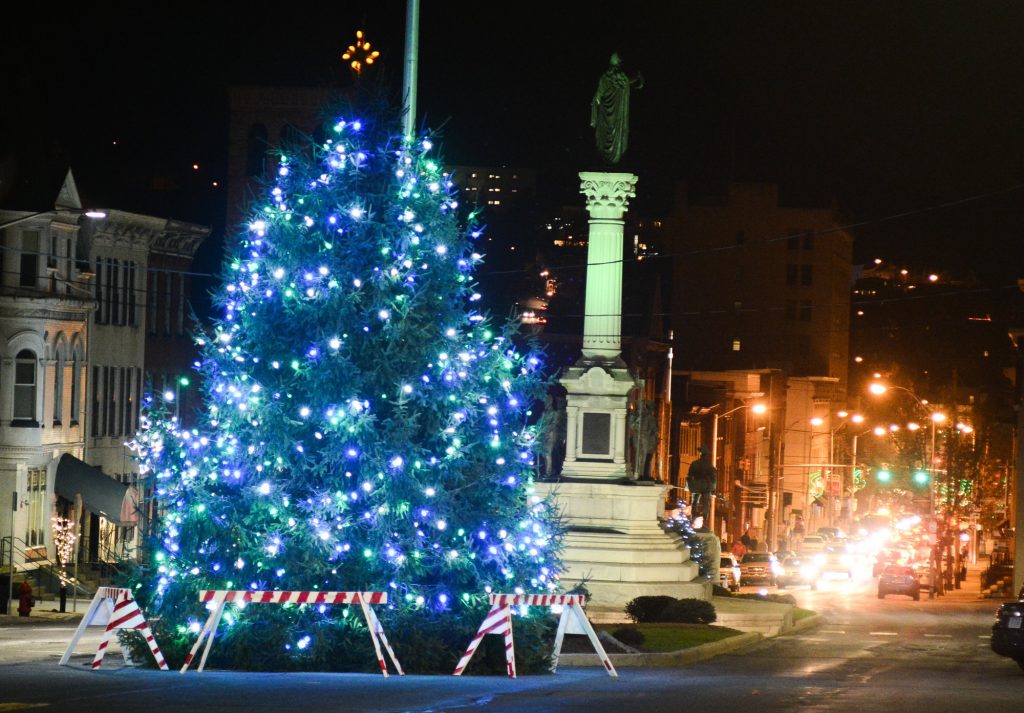 It’s beginning to look a lot like Christmas in the city.

A 35-foot Norway spruce was delivered Monday and will sit in front of the flag pole in Garfield Square. It was donated to the city by Hexcel, located at the Saint Clair industrial site.

City Administrator Thomas A. Palamar said the tree lights will be turned on this weekend, and they’ll be formally lit during the Mayor’s Christmas Party on Saturday, Dec. 7.

The tree, which was stored at city property Monday until it is erected, is the largest in Pottsville’s history, the administrator said, adding that Hexcel representatives contacted the city last year about donating it. It is the industrial materials company’s first year donating a tree to the city.

“They wanted it to be bigger than last year’s 30-foot tree,” Palamar said.

Mark Gates, a Hexcel quality manager, said the donation is a way to give back to the community. The company, which employs 350 people in Pottsville, will celebrate 40 years at the Saint Clair site next year.

“Community spirit drives Hexcel’s work ethic,” he said. “This was a way to say thank you to the community.”

In addition to the new tree, the company is donating a new star to top it. Ornaments bearing Hexcel’s logo will adorn the tree and will be free for the public to take. The ornaments will also be given to Hexcel employees and Pottsville business owners.

The Dec. 7 party will start with Santa arriving by fire truck at Garfield Square at 5:30 p.m. A dedication ceremony with Mayor James T. Muldowney, the city council and recreation commission members and representatives from Hexcel will occur at 5:45 p.m., followed by the formal lighting.

“We look forward to participating in the lighting ceremony,” Gates said.

The party will conclude with snacks and pizza at First United Methodist Church, Fourth and Market streets. Santa will also be at the church to hand out presents to children up to 10 years old. Families can also get photos with him.

The Mayor’s Christmas Party is sponsored by Pottsville Recreation.