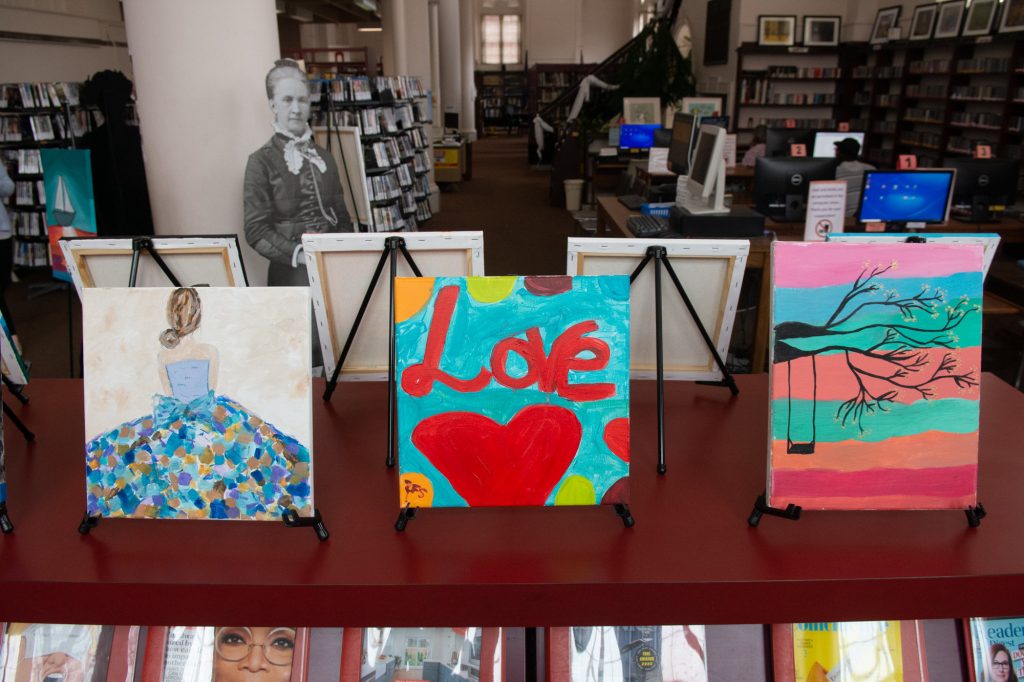 Artwork display at the Pottsville Free Public Library is designed to show the public how art can heal and empower those who have experienced domestic violence.

Paintings by women and children working with Schuylkill Women in Crisis, or SWIC, are on display this week at the Pottsville Free Public Library for “Art as Healing.” Erin Griffin, a victim outreach specialist and volunteer coordinator at the shelter, set up the artwork Monday. It will be out until Monday, March 16.

The display’s goal is to encourage women to express themselves and inspire thought, according to a flyer on the exhibit.

The artwork is in the library’s reference and children’s rooms. Its subjects vary, from landscapes to hearts, trees and flowers. Some have quotes or expressions, including one from Aristotle, “It is during our darkest moments that we must focus to see the light.” A painting done by a child depicts balloons against a blue background, the words “adventure is out there” above them. Another child’s piece shows four stick figures and an animal on green grass, a blue sky and small yellow sun overhead. In the blue sky are the words “be kind.”

In all, 56 paintings are at the library, 17 in the children’s room and 39 in the reference room. On Tuesday, Griffin had a table set up at the library’s entrance with information on the agency’s services and volunteer sign-up sheets. Three paintings were propped up in front of the table. 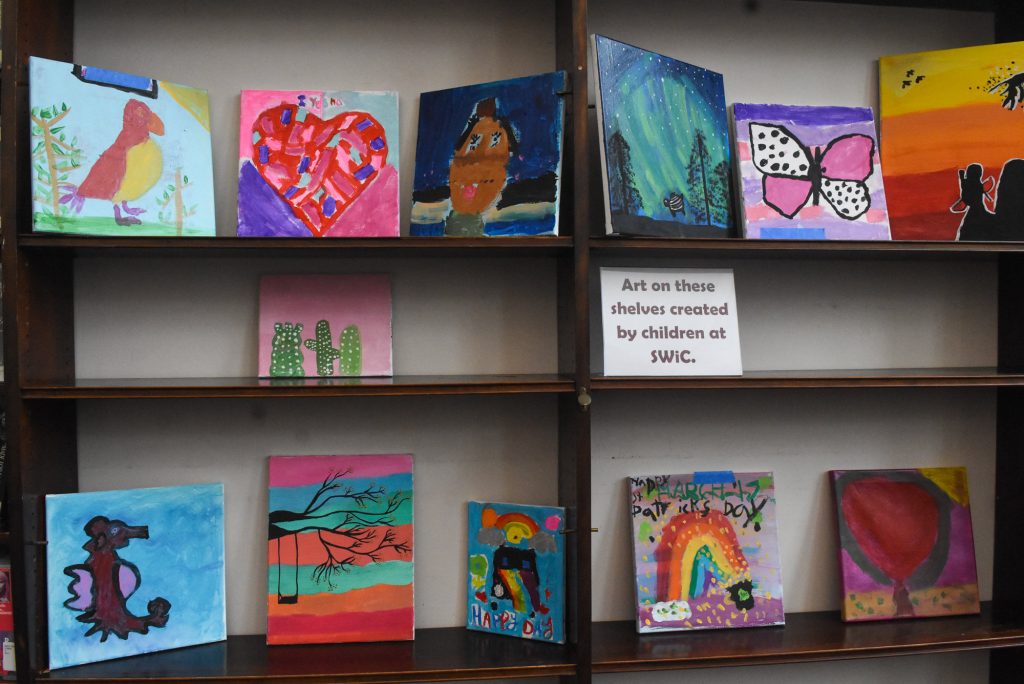 Women and children being assisted by the agency can paint every weekend at the Pottsville shelter, with the option taking the work with them, Griffin said. A staff member with an artistic background assists, with supplies provided.

She said painting is a way for the women and children to heal and become empowered, adding the art paints a picture of the process of dealing with domestic violence.

Painting allows those who have experienced domestic abuse to talk about the issue without speaking, Griffin said.

“Sometimes you’re not able to get the words out,” she said. “Art is a way that they’re able to get (their feelings) out without having to verbalize it.”

Griffin said most of the artwork on display was done within the last year and is not for sale. The public reception to it has been positive, she added.

Some pieces are more popular than others. They include paintings by children the agency is assisting and a piece depicting a woman embracing a child, on display in the reference room. In it, a woman in a blue dress and white pearls wraps her arms around a child in a yellow shirt and dark blue pants, who is hugging her. Neither has facial features. 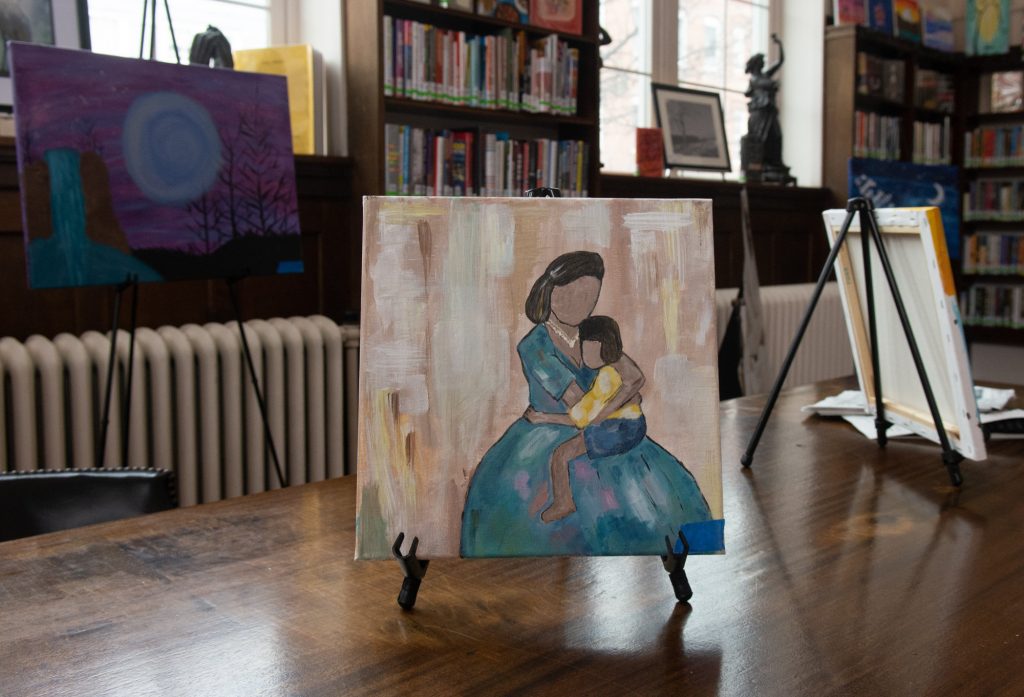 Griffin said the painting of the woman and child is particularly emotive.

“You see that bond and closeness,” Griffin said. “Almost like the mother is protecting the child.”

Those looking at the art can expect to see “the beauty within the pain,” she added.

Griffin said she put the works out to celebrate International Women’s Day, held on Sunday. It is sponsored by the library and SWIC.

This is the third year the exhibit is set up at the Pottsville library. Last fall, SWIC began bringing the art to other libraries and schools. It has been displayed at the Orwigsburg, Frackville, Minersville, Ashland and Tamaqua public libraries. SWIC staff has also brought the art to Tri-Valley High School, Lehigh Carbon Community College’s Morgan Center campus in Tamaqua and Penn State Schuylkill.

More information on SWIC can be obtained by calling 570-622-3991 or visiting www.s-wic.org. Griffin said all services are confidential and everyone is welcome regardless of race, age, sex, gender or immigration status.