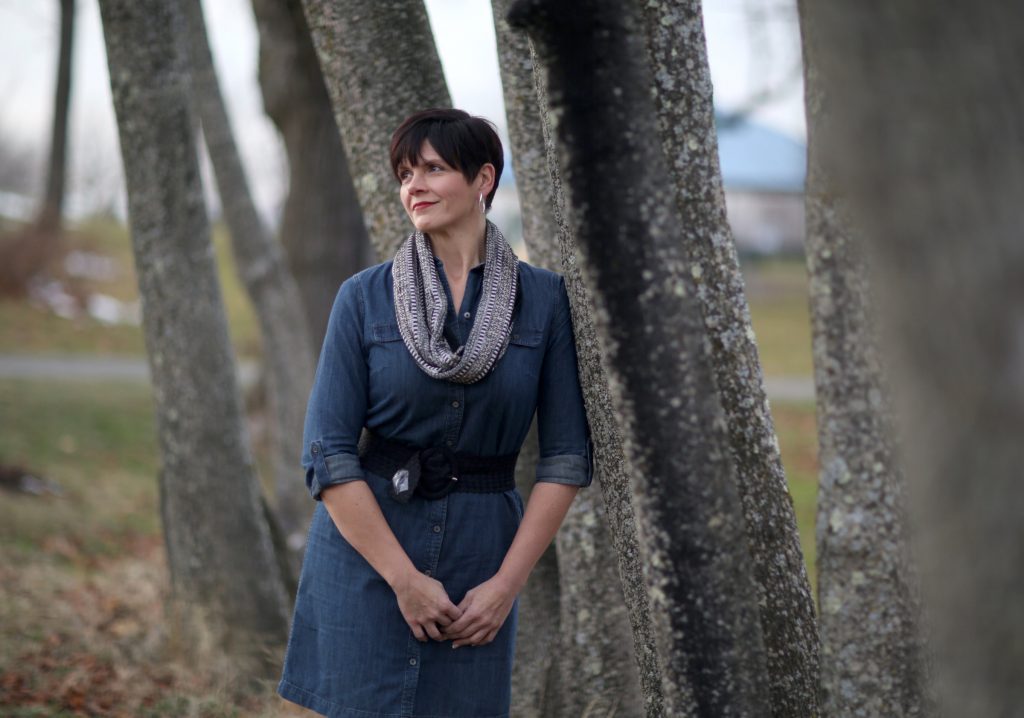 The Montrose woman made the commitment seven years ago to get healthier. Through her previous employer, Endless Mountains Health Systems, Krupinski opted into a program for employees led by inpatient/outpatient dietician Mary Sender that sought to help participants lose weight and change their eating and lifestyle habits. Over 14 months, she went on a journey that tested her body and mind but left her with the tools to implement these healthier practices into her daily life. Five years later, she’s kept the weight off and accomplished goals she never dreamed of — including becoming a certified personal trainer.

“I just wanted to see if I could do it,” Krupinski, 43, said on a recent night. “I just wanted to try it because I felt like I had nothing to lose, so to speak. If this couldn’t help me, then nothing could.”

Krupinski struggled with weight since junior high school and tried every diet imaginable over the years, losing about 20 pounds before sliding back to the beginning.

“When you’re 200 pounds overweight, it sounds terrible, but you almost get to a place like, ‘Why bother?’” she said. “Two-hundred pounds seems like such a big number, and the 20 or 30 pounds makes you feel like it’s not even going to make a difference. That was the mindset I was in.”

In January 2013, Sender — who’s also a registered dietician, board-certified specialist in obesity and weight management, licensed nutritionist and certified diabetes educator — announced a weight-loss program for employees. Feeling like this was her last shot, Krupinski joined the program along with two friends. While she had cold feet the first day, Krupinski’s fears soon dissipated when Sender, through a view of compassion and care, explained the program would be based on portion control and accountability rather than dieting or restricting food intake.

The food journal they had to use the first week opened Krupinski’s eyes, forcing her to see what went into her body, from mindless snacking to oversized portions. Bread, pasta, pizza and even chocolate were all perfectly fine to eat as long as the participants minded their portions — a shock to many of them. 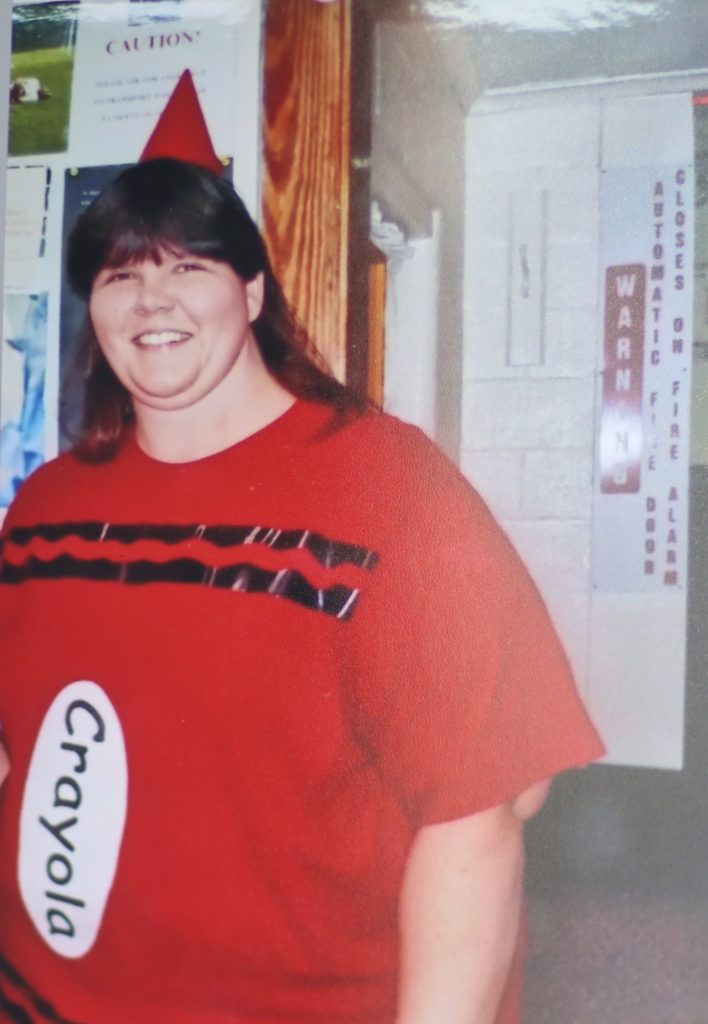 JAKE DANNA STEVENS / STAFF PHOTOGRAPHER
Michele Krupinski, shown before her weight loss, used a combination of portion control, walking for an hour a day and setting small goals along the way to help her achieve her biggest goal of losing 200 pounds and becoming healthier overall.

“When she actually showed us what a serving of pasta should be, we couldn’t believe it,” Krupinski said. “You don’t realize how much of something you’re eating because we’re never taught about portion size. That’s when I realized it was going to be a different way of life.”

As Krupinksi learned about nutrition, she also had to reframe her narrative about food. Sender’s philosophy is all about enjoying the food one eats but also knowing oneself enough to exercise control. Portion control is a big part of that, she said, but it’s also about undoing learned behaviors. The “hurry up and eat” mentality is something people are taught through social or familial settings and it creates bad habits. Sender helps patients take back that control of their minds and bodies.

“You should enjoy what you’re eating. Savor your food, savor life itself,” Sender said. “But you can’t savor it if you’re shoveling it into your mouth. … We never put the fork down. We never were taught to enjoy mealtime, and that’s the element of what I try to teach.”

Knowing plain Hershey bars were Krupinski’s weakness for most of her life, Sender brought Krupinski into her office and handed her one Hershey’s Kiss. Sender told Krupinski to pop it in her mouth and let it melt. She couldn’t chew or swallow it as a way to experience every flavor, feel every texture and truly taste the chocolate. It took Krupinski seven minutes to eat the candy. That’s when it clicked.

“This wasn’t like anything I had ever experienced before,” she said. “I took the time to actually enjoy the food I was eating, and I finally tasted chocolate. It was a game-changer.”

Krupinski started seeing changes on the scale at the weekly weigh-ins, dropping pounds and gaining confidence. While exercise was never a strict part of the program, participants were asked to move in any way they could. She made a pact with her friend and coworker to walk after work every day. What started as a half-hour walk turned into an hour walk daily.

Little by little, she lost weight and got healthier. When she reached the 100-pound mark, staff, doctors and more lined the hallway to congratulate her after her weigh-in.

That night, the group went out for a celebratory dinner, where somebody asked Sender about the most weight she had seen one of her patients lose. A competitive person, this motivated Krupinski, who told Sender she was going to lose more weight than that patient. 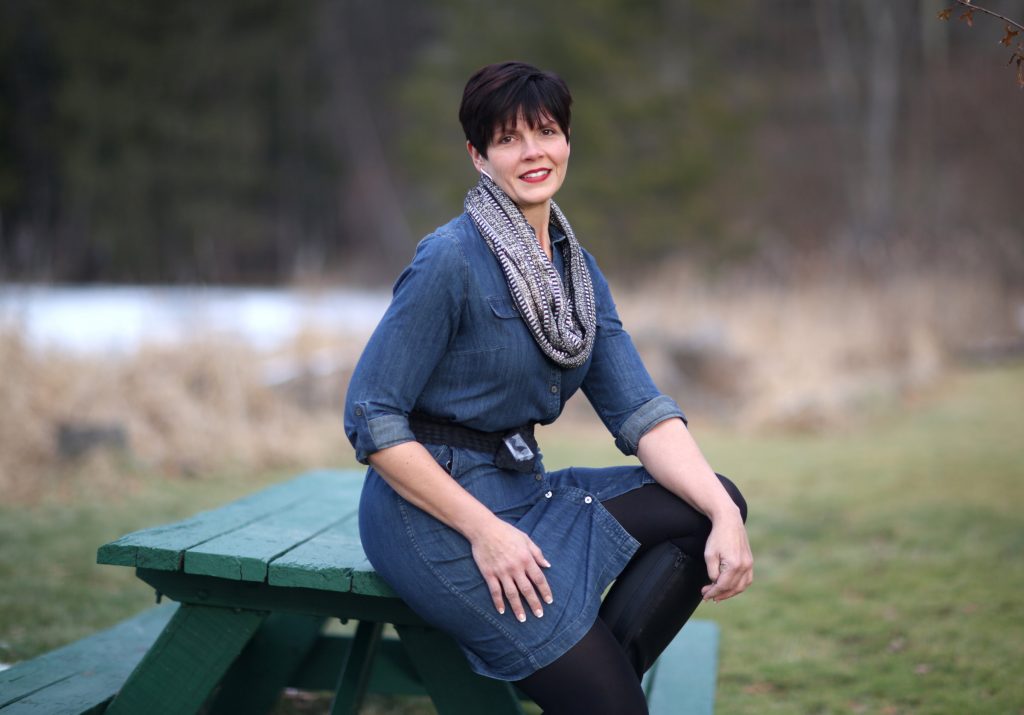 “She set her mind to it and she was just determined,” Sender said. “She set really big goals but she also set smaller goals each week. She was willing to do whatever it takes to succeed.”

A few months later and 14 months after she starting her journey, Krupinski officially lost 200 pounds. It was an unbelievable event, and Krupinski wanted to see how she could push herself and see what her body could do. After walking throughout her entire weight-loss journey, she decided to sign up with a personal trainer at a Scranton gym.

“I could barely walk to the car when I was done,” she said. “That was exactly what I needed though.”

Since then, she fell in love with fitness, joined several boot camp classes in the area and became a certified personal trainer. Krupinski works with clients and motivates them to help pass on the love for pushing one’s body to the limit. In addition to crossing experiences such as ziplining and skydiving off her bucket list, she finds small victories in each day, too, like riding amusement park rides with her nieces and shopping for clothes at any store she’d like.

“These are things you don’t realize you can’t do when you’re 200 pounds overweight,” she said. “You take it for granted, but it’s those little things that make it special.”

Krupinski managed to keep the weight off for five years, which statistically shows that she will keep it off for the rest of her life, she said. She does her part, too, with portion control and at least an hour of exercise a day, though Krupinski never deprives herself of the food she loves. If she goes out for wings, she’ll order six wings and a salad instead of the dozen she would have before. Over the holidays, she’ll indulge in foods from her Polish heritage, such as kielbasa and pierogi, but she won’t overdo it. Every once in a while, if she wants to get an appetizer and dessert at a restaurant, she will. It’s about balance.

Looking back at her old life, Krupinski sometimes can’t believe how far she’s come. By telling her story or working with personal training clients, though, she can pass on her new zest for life.

“When I tell people about it, they will say things to me like, ‘Don’t you miss your old life?’ (or) ‘Do you miss the things you were able to eat?’ And I always tell them I still eat what I like, just in moderation, but that I really wasn’t living before. That wasn’t a life,” she said. “The things I can do now, I could have never imagined this would be my life. I got a second chance, and I am not going to waste it.”