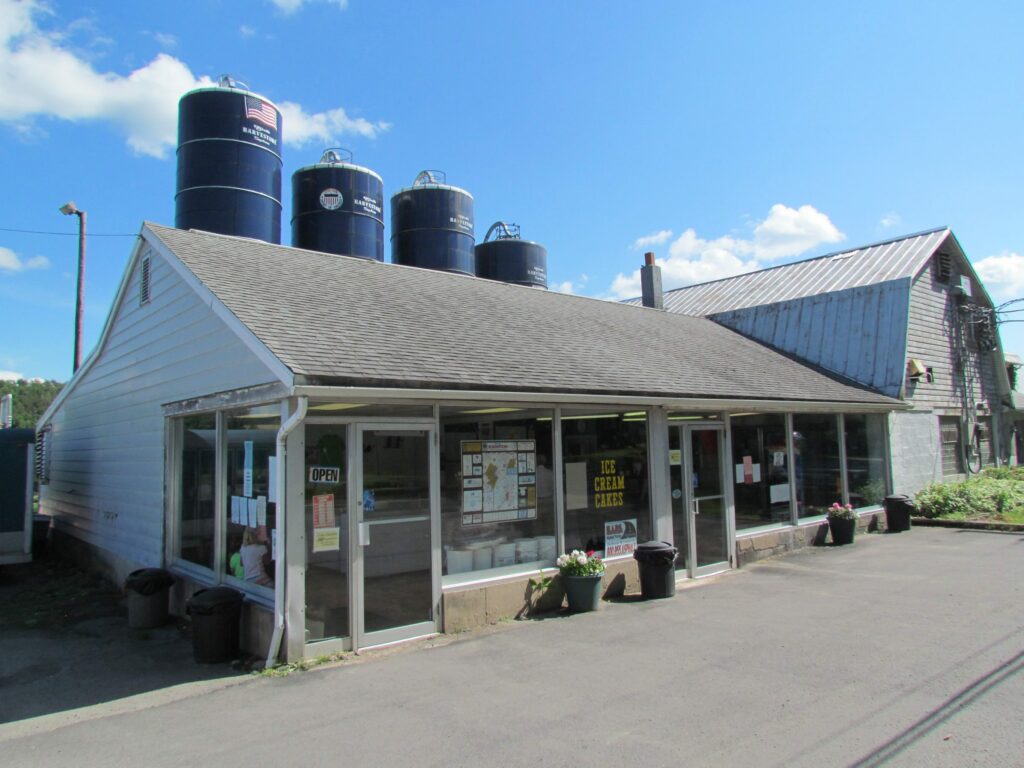 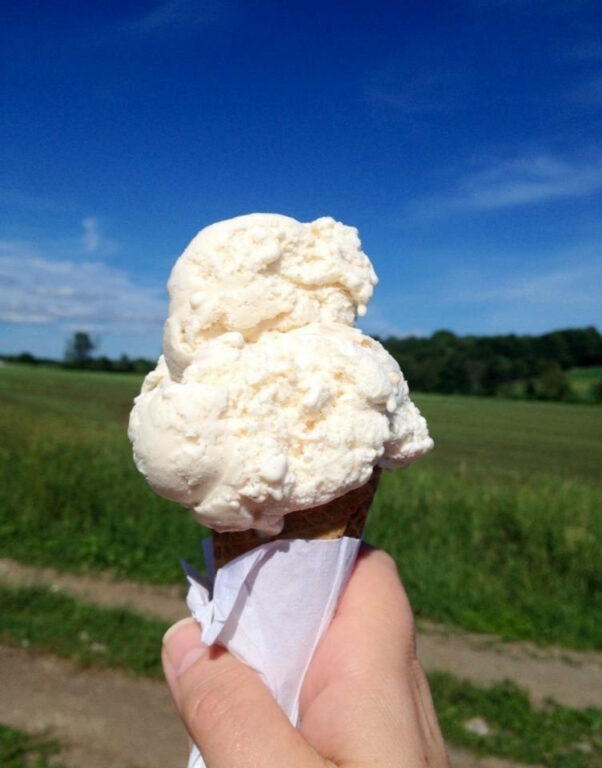 TIMES-SHAMROCK ARCHIVES A cone of vanilla ice cream on a summer afternoon at Manning Farm Dairy in North Abington Twp.

“July is always our biggest month of the year,” said the matriarch of the Manning Family which has owned and operated Manning Farm Dairy for the last 99 years. The farm will celebrate its centennial next year.

Ice cream is Jean’s world, and having a special month devoted to ice cream makes that world extra sweet.

So does the fact that Manning Farm Dairy is a stop on the state Department of Agriculture’s Pennsylvania Ice Cream Trail this year.

For the Mannings, ice cream has always meant family.

Ken and Louise Manning, parents of Jean’s husband, Paul, began Manning Farm Dairy in 1920 and started delivering milk in the late 1930s. An ice cream lover, Ken decided to sell ice cream in 1964. When Jean and Paul became owners of the farm in 1976, they continued to sell ice cream. Six children and 21 grandchildren later, the ice cream business at the farm is still thriving but the Mannings also have stores in Clarks Summit, Dunmore and Scranton. And this summer the farm store has a new pavilion with seating under cover for 20-50 people.

Jean and Paul’s daughters Michelle, Traci and Casey worked at the family farm in high school and sons Brian, Ken and Kevin, still work there and hope to make it theirs one day.

The family atmosphere at the farm isn’t only about the Manning family, but the thousands of families in the Abingtons and surrounding communities that have enjoyed their ice cream through the years, Jean said. She noted three things keep the people coming back: a quality product, tradition and a place for a family outing.

“We are a multi-generational farm. Kids who once worked for us bring their own children, and even their own grandchildren now,” said Jean.

She added, “It’s a simple pleasure, a nice getaway because families are so busy these days. It’s a place that is close by but a place where you can shut off your computer, phone or iPod and enjoy each other’s company. It’s a misconception that kids have to be entertained.”

Of course, there is another attraction – the ice cream itself, made from the milk of the Manning’s cows.

“Ice cream is satisfying. It is sweet and creamy,” Jean said. “And there are good memories associated with ice cream. Maybe you stopped at our farm when you were learning to drive because our road (Manning Road) wasn’t busy. Maybe you came here on your first date. If you’ve had a good experience you want to pass that memory along to your own children.”

Out of 55 ice cream flavors currently offered at Manning’s farm, Jean said plain old vanilla is the most popular. It is her favorite as well.

“Our vanilla is the purest,” she said, noting that it is made with pure vanilla extract.

“There’s something comforting and delicious about the traditional flavors,” said Jean.

But her customers are also curious about their non-traditional flavors such as barnyard gravy, which is vanilla with peanut butter and fudge swirls and Gertrude Hawk chocolate-covered pretzels.

Jean said the Mannings are honored that the farm is on the Eastern Pennsylvania Ice Cream trail and they enjoy meeting people from all over the state.

“It’s so nice. People say ‘Let’s take a trip.’ Going out for a drive and finding a new place for ice cream is a fun thing to do,” Jean said. “The other day a group of girls came to Manning’s and it was their fourth ice cream stop of the day.

“Ice cream is just a part of summer.”