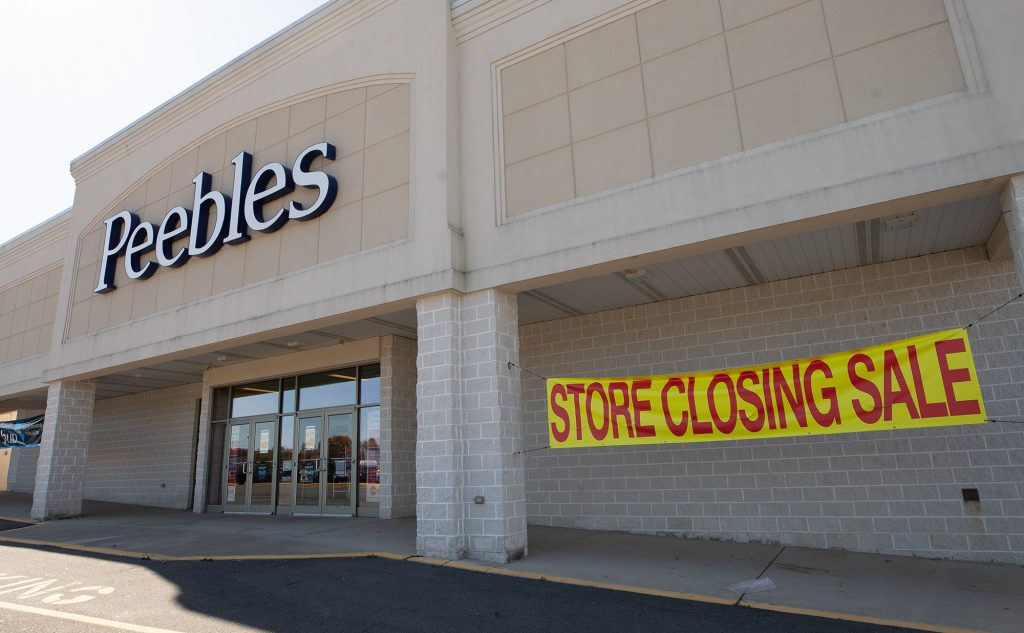 Peebles stores to transform into Gordmans

As part of a sweeping transformation by parent company Stage Stores Inc., Peebles locations will shut down for no more than two weeks leading up to the switch, Stage spokeswoman Blakeley Graham said in an email.

Earlier this year, the Houston-based Stage told investors it would convert 89 department stores, including Peebles, this year and another 250 in the first half of 2020. Stage officials also said they would ax 55 to 60 underperforming stores. The ones in Northeast Pennsylvania appear to have passed muster. Peebles has stores in Carbondale, Covington Twp., Texas Twp., near Honesdale, Westfall Twp. near Matamoras and Tunkhannock Twp.

Peebles employees will be offered jobs at the new Gordmans locations following their conversions, and the stores will likely hold job fairs, Graham said.

Gordmans’ parent company, which also owns Bealls, Goody’s and Palais Royal, is reinventing itself amid increasing losses and declining revenue.

With encouraging customer reaction to Gordmans, Stage is converting amid an energetic market of off-price retail, for example TJ Maxx, Marshalls and HomeGoods, which scoop up overstock supply from popular brands and sell them at a discount.