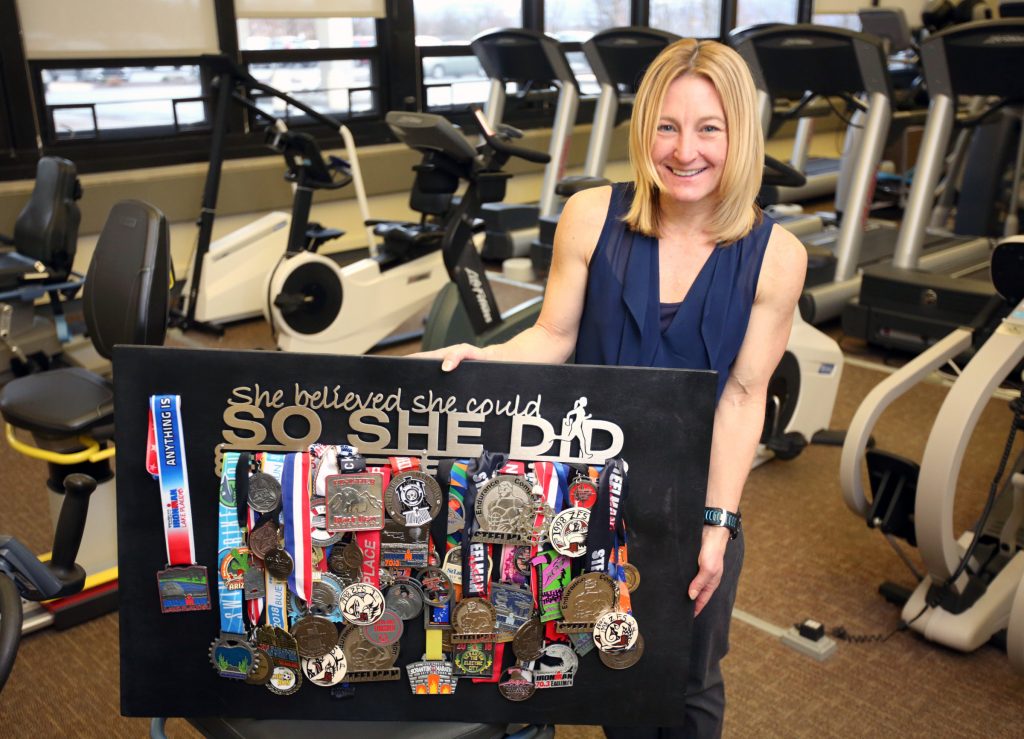 Megan Horeis knows her physical therapy specialty can make some people feel uncomfortable. There can be a certain stigma around talking about such intimate parts of the body, after all. But through her work at Allied Services’ Luger Rehab Center in Scranton, Horeis helps her patients feel more comfortable in their situations and helps them overcome their issues.

A Scranton native now living in Peckville, Horeis specializes in pelvic floor problems, which can materialize in women after giving birth and in men after prostate removal, for instance. Problems with that supportive structure of muscles can include incontinence; pain during sex, urination or even sitting; and post-pregnancy pelvic pain.

“Most patients don’t know (the pelvic floor is) there until you have a problem,” Horeis said on a recent afternoon at Allied.

Horeis started her career in general physical therapy after earning a master’s degree in the field from Ithaca College and then a doctorate in physical therapy from University of Scranton. She headed across the country for a job with the Indian Health Service and worked on the Zuni Indian Reservation in New Mexico, treating patients who worked physically strenuous jobs such as farming, silver-smithing and rug weaving.

“I love health care,” Horeis said. “I love getting people to go back to their lifestyles.”

She began shifting toward women’s care after teaching childbirth classes and then took classes at Texas Woman’s University to earn a certification focusing on women’s health.

“I learn something every day from my patients,” Horeis said. “Women are resilient. I don’t want to say men aren’t, but women, they are resilient.”

Horeis met her husband, Tom, while working for IHS, and after starting their family out West, they decided to move to the East Coast to be closer to family, settling in her native Northeast Pennsylvania.

For the last decade, Horeis has worked at Allied, where she treats women who have sexual or physical trauma, transgender people who have undergone operations and need to learn how to use their new pelvic floors, people with bed-wetting problems and those with chronic constipation, among other issues. Patients range in age from 5 on up.

“A lot of (my job) is education, and also I act as a liaison between the patient and the doctor, because they don’t know how to describe their pain to their doctor,” Horeis said. 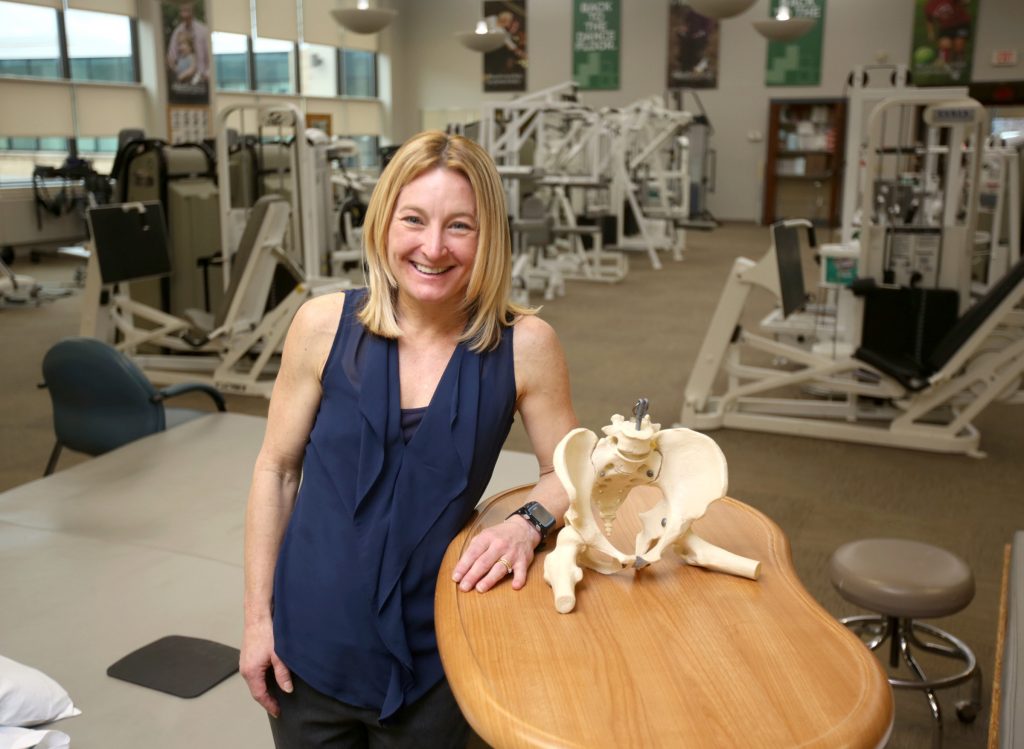 In fact, by the time many people get to Horeis, they’ve dealt with misdiagnoses and feel nobody understands their pain, she said, because no one can see it.

“They don’t know where to go for this,” she said. “Everybody knows where to go when you break your arm or you have cancer.”

Horeis helps build patients’ muscles and relieve their pain through stretching, breathing, yoga and other exercises, even cracking jokes to put them at ease. And if she can’t help them for some reason, she will find someone who can, she said.

“These women will teach you,” Horeis said. “Just because you have paint in your pelvis or a dysfunction, you don’t have to live with it.”

And Horeis’ understanding of the body doesn’t just come from the classroom or the therapy floor. She has pushed her own body to its limits as a triathlete for many years who also has completed marathons and half-Iron Man competitions. In July, she finished her first full Iron Man competition.

“For me, the Iron Man was the pinnacle of experience for me,” Horeis said, adding, “I will never, ever again say I can’t do anything.”

Horeis joined a multi-sport endurance team in the Lehigh Valley and also has helped women in the community who have never biked, swam or the like. She believes her own physical endeavors have made her a better human because she knows her capabilities. It has grounded her and helped her focus, she said, making her a better mom and worker.

“(Patients) make me want to learn more, study more, continue my education more and stay in the best shape so I can continue to help them,” Horeis said.

She’s overcome a lot as a mom as well. After giving birth to two children, Horeis faced a medical scare as her second child, son Kai, was diagnosed with “failure to thrive” as an infant, a condition that kept him from growing well. He had a learning disability as well, but after going through occupational therapy, he was able to overcome.

Horeis had wanted to have more children but was advised not to get pregnant again because of some medical issues. Instead, the Horeis family turned to China, from which they adopted daughter Journey, now 13.

“I feel like I won the lottery when I adopted her,” Horeis said.

Horeis’ patients continue to inspire her, and while it comes with its challenges, such as the times when she can’t make a patients understand that they must make lifestyle changes to get better, it has its rewards as well. Horeis worked with one couple who were unable to have intercourse but after undergoing physical therapy, they could start a family. She might help them, but they’re the ones who do the miracles, she said.

“When somebody says, ‘You saved my marriage’ … you’re very humbled by your patients,” Horeis said.