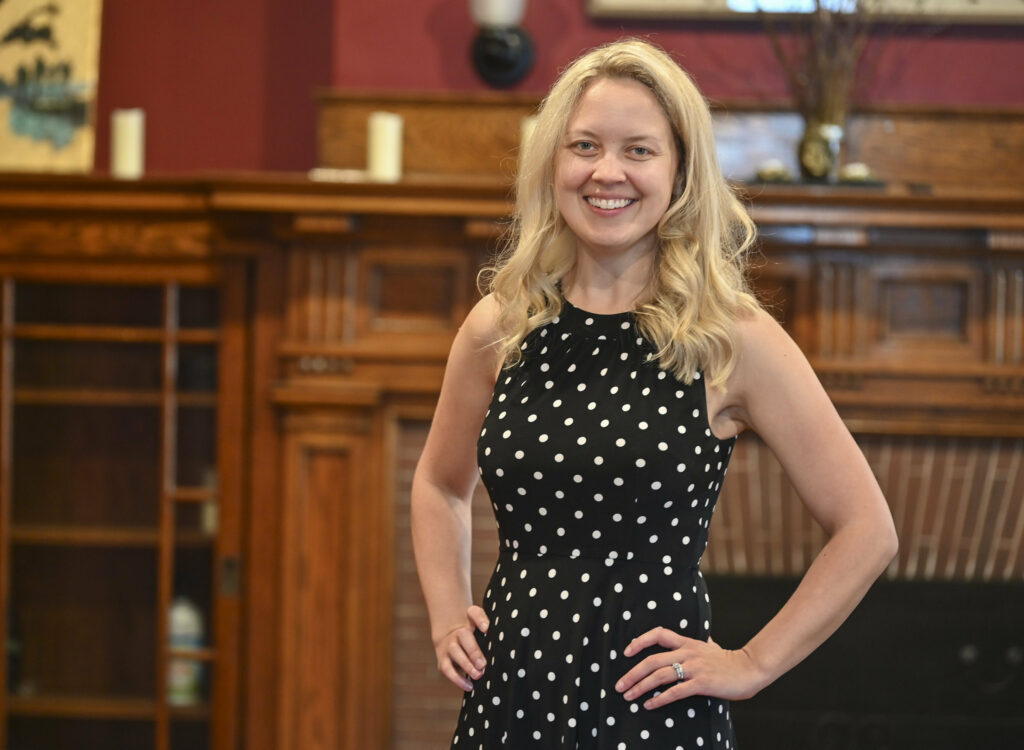 Therapist brings holistic approach to wellness for all at practice

For some people, the urge to help and heal others is instinctive, an ever-present need to care for those around them without a second thought, without ever thinking of themselves.

It’s often difficult to begin to repay these people for their kindness. But for Sara Thaxton, the reward is being able to get up every day and do it all over again.

Thaxton, owner of Thaxton Holistic Wellness Center — a Scranton wellness and counseling center focused on nurturing and healing your mind, body and spirit through holistic methods such as art therapy, reiki, massage and yoga — has had selflessness engraved in her own mind, body and spirit for all her life.

Thaxton’s parents met in the military and continued to serve on active duty for much of her youth, usually with one staying home to raise the children while the other served elsewhere. Thaxton moved about 25 times throughout her childhood, but this upbringing left her with a certain drive.

“I think that’s really where my urge to give back came from,” said Thaxton, who now lives in Scranton. “The need to help others.”

As she grew up and attended Syracuse University, majoring in pre-med and pursuing her lifelong dream of becoming a doctor, she chased this urge to help by going on a service trip to a hospital in Guyana, where she was introduced to art therapy. When no one else wanted to tackle leading art therapy in the psychiatric unit, Thaxton found herself in a new position.

“I fell in love with art therapy after that,” she said. “I loved the idea of being able to treat both the body and mind. It was amazing. After that, I went back and added a minor in psych counseling. And that was it.”

And back at school, she met the person who would, in turn, help Thaxton: her husband, William Wilson, a Scranton native who led Thaxton to set up permanent roots in the area.

“Moving here, I knew I wanted to go into private practice, and I saw that there was nothing else in the area like this, like what I wanted to do,” she said. “So it was perfect.” 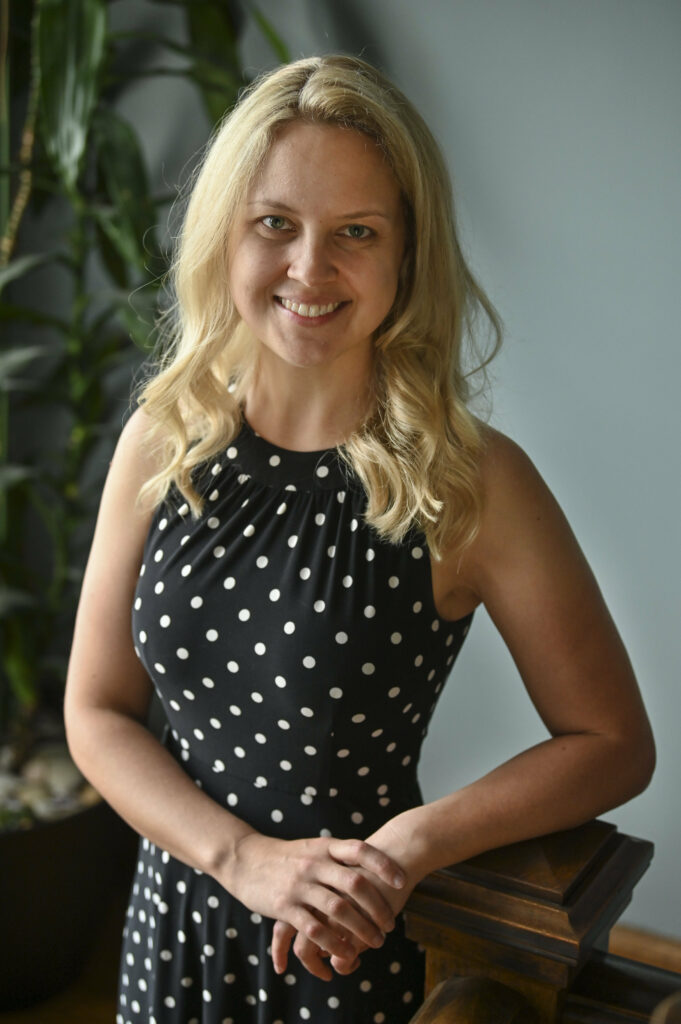 And, with that, Thaxton and her husband bought the stately building at 228 S. Main Ave. in Scranton that would become the first home of Thaxton Holistic Wellness Center. Built in 1910, the 3,200-square foot, three-story former home and funeral home with original glass and woodwork had stood vacant for about three years. Despite the rough shape it was in, Thaxton and Wilson, who did most of the renovations himself, had a vision for a place of healing and calmness.

After lots of hard work and long hours, the practice opened in October 2015 as a place Thaxton describes as “client-focused (and) based on expanding wellness.”

“We use an integrated wellness model,” she added, “using a holistic approach that aims to feed everything” as a way to treat the whole person, rather than just surface-level symptoms.

By providing mental health services, Thaxton, who is certified in eye movement desensitization and reprocessing, commonly known as EMDR, and her staff can then use an intuitive approach to determine what service will work best for that specific client.

“If we suggest meditation or yoga to someone who’s never tried it before, they’ll be able to try something new outside of their comfort zone while still being here, a place in their comfort zone,” Thaxton said. “Then they can bring back what they learned and how it made them feel in our sessions. It’s all about being a safe, non-judgmental place where we can find what’s a good fit for them.”

Along with this, Thaxton also offers free community events, including talks (some recent ones were from the Women’s Resource Center and another for parents of LGBTQ+ youth); a book club; a mindfulness group; a women’s support group; knitting and crochet; yoga for teens; and some kids’ events, such as art therapy and gardening. These aim to promote de-stressing, emotional wellness, strengthening and relaxing while keeping costs low, a sentiment Thaxton holds throughout her practice, with interns offering free sessions and two unlicensed therapists offering lower-cost services. All of the goods sold are made by local vendors, too.

“Unfortunately, wellness is often a privileged thing,” Thaxton said, “and I want to make it accessible to as many people as possible because it’s so important. I want to pay it forward by having people leaving here lighter and in a better place.”

With three locations (Thaxton opened an office in Green Ridge in 2016 and one in West Pittston in 2017; a fourth opens soon in Blakely), Thaxton now has a staff of over 10 therapists and five wellness practitioners, whom she described as “a group of gentle, giving spirits.” She gets to see the community come together in front of her seven days a week and loves every minute of it.

“There is no therapist Sara and regular Sara,” she said. “I do this because it’s who I am, because I love coming to work every day and being able to wear all of these different hats.”

Thaxton, who is completing a doctoral dissertation at Syracuse, still owns some of the art made in Guyana all those years ago, and she still tears up thinking about the impact she’s had on the community and the impact it’s had on her.

“Sometimes, there’s these moments when there’s something going on downstairs and all of the offices are being used, and I look around at these people who care all in one space, all of these people and all of their stories, and I get to think, ‘I created that,’” she said. “It’s really cool to see happen. It’s a ripple effect that makes me feel passionate and energized, a web of kindness here that inspires me to just keep going. ”