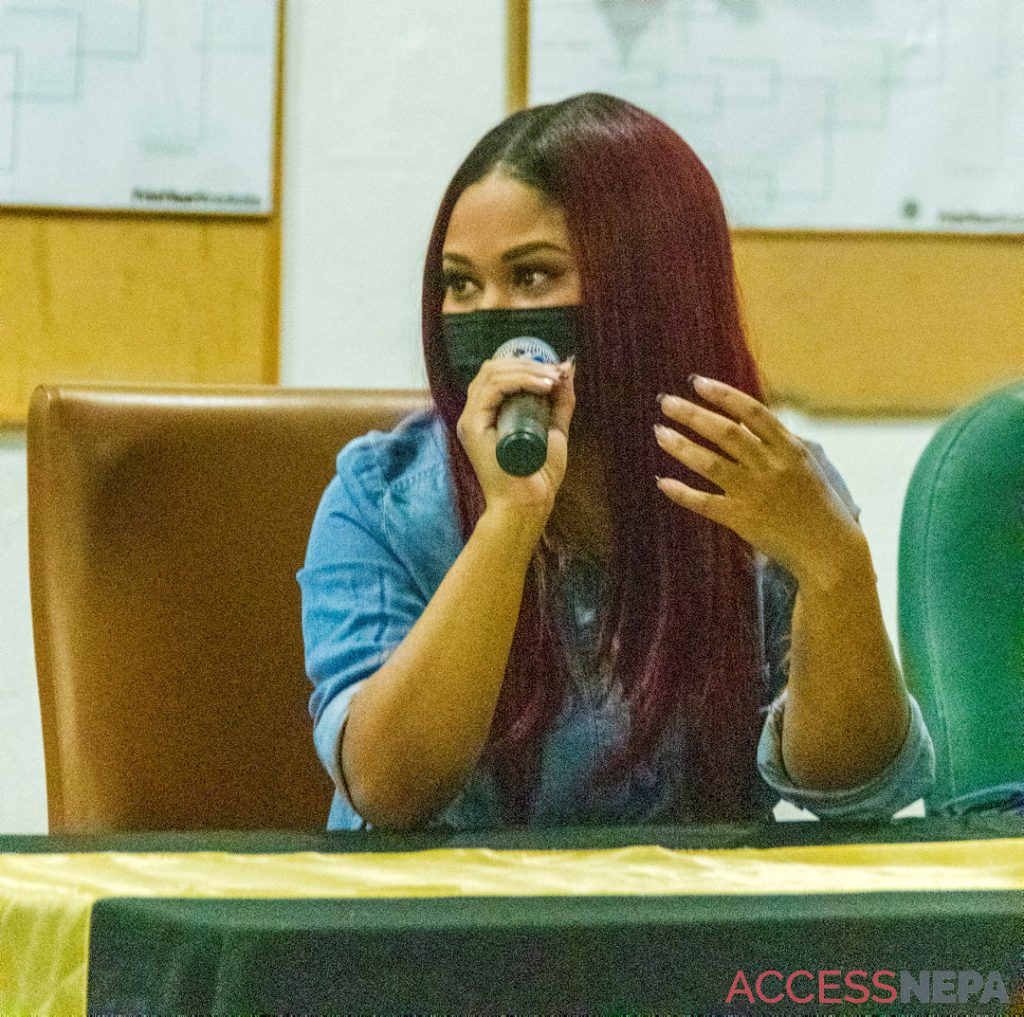 Before guests attend a painting party with local artist Gigi Perez, they might have seen portraits that she has created, but they haven’t seen her.

Deliberately, Perez kept her picture off the Facebook page for her party catering business Sip, Paint, and Gogh. Perez, a Latina, studies reactions of the guests, who are mostly white women.

“When they show up, they would see me and ask, ‘Is the artist here?’ One lady asked me if I was the help. I started cracking up,” Perez said.

Perez has had to win over people since her family moved from the Bronx to Hazleton when she was 12.

Then, art was her refuge. Now it’s her outreach, her medium for changing attitudes in the community where she and her husband are raising five children.

Across the country this month, television viewers get to meet Alba Gisselle Perez, the self-taught artist who goes by Gigi and has become a self-sufficient businesswoman.

PBS Network featured her on the program, “American Portrait” that is broadcast nationally. WVIA TV, the local PBA affiliate, produced the episode about Perez and other residents of Northeast Pennsylvania.

On Saturday, Perez hosted a screening of “American Portrait” and displayed some of her paintings at Hazleton One Community Center. At the center by an elevator, Perez did a mural of Frida Kahlo, a Mexican artist whom she admires.

“Her life, how tragic it was,” Perez said of Kahlo. “She took that and used art to cope.”

Perez, too, paints her way through difficulties.

“I’ve had a lot of struggles. Art is for me a way to deal with a lot of other things when I can’t cope, especially mentally and emotionally,” she said when interviewed a few days before the screening. 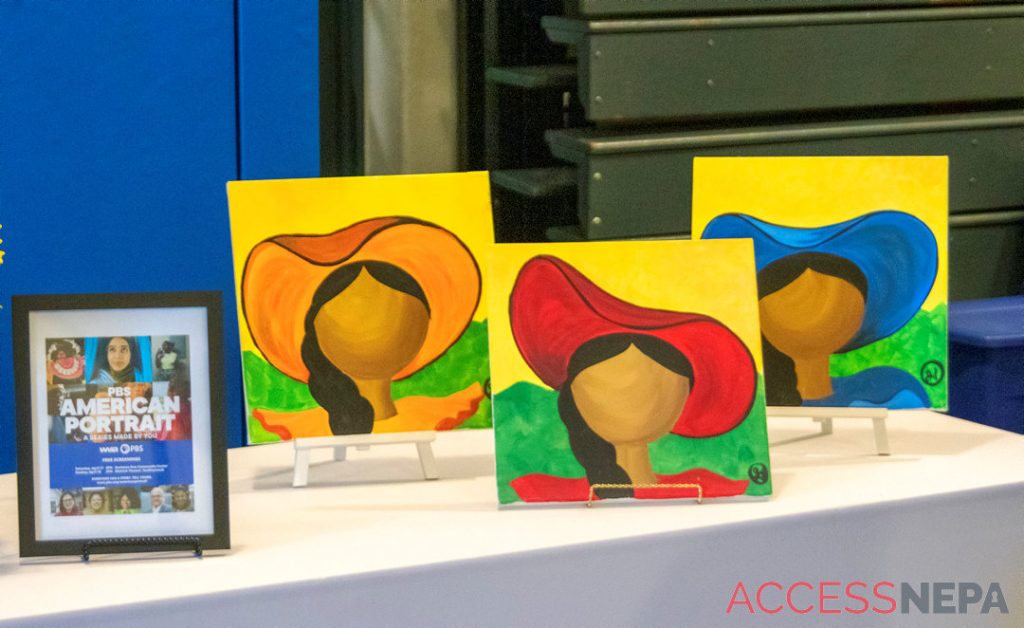 DAVE BUTCHER / CONTRIBUTING PHOTOGRAPHER
Works by local artist Gigi Perez are displayed at the Hazleton One Community Center, where Perez hosted a screening of the PBSprogram “American Portrait,” on which she will be featured.

She started drawing as a 5 or 6 year old in the Bronx. Her parents, who are Dominican, moved to Hazleton in 2000, and she attended Heights-Terrace Elementary/Middle School.

“Heights-Terrace was really scary for me,” she said.

Although she was born in America, people asked where she was from and spoke “to me like I was really slow.”

“One kid would follow me down the hall … repeatedly,” said Perez, who apologized for saying a slur that the boy called her back then.

Now her conversations are friendlier, even if they begin awkwardly as with the party guest who mistook her for hired help.

“She felt bad after that and came to another party and actually apologized to me for that,” Perez said.

During parties, guests chat, sip wine and dabble in art.

They take home pictures they painted of flowers, holiday ornaments or their versions of classic works like Vincent van Gogh’s “Starry Night.” And they get to know Perez.

She notices guests who seem tense or speak to her with attitude, but she puts them at ease by asking if they need help with their painting and telling jokes. Often they’re hugging each other by the end of the party.

“It takes people getting to know you to change their minds,” said Perez, who thinks the parties aren’t just about entertainment. They’re also about “changing people’s minds about me and where I’m from.”

COVID-19 caused her to suspend parties and art lessons during the past year and give up a lease to a studio in West Hazleton where she held parties, which she hopes to restart. For now, she paints works on commission at her home in Jeddo, which she shares with her husband, Manases Ulloa. She hopes their children aged 6 months to 9 years will enjoy growing up in Hazleton.

As she said on “American Portrait,” people come to the United States from all over.