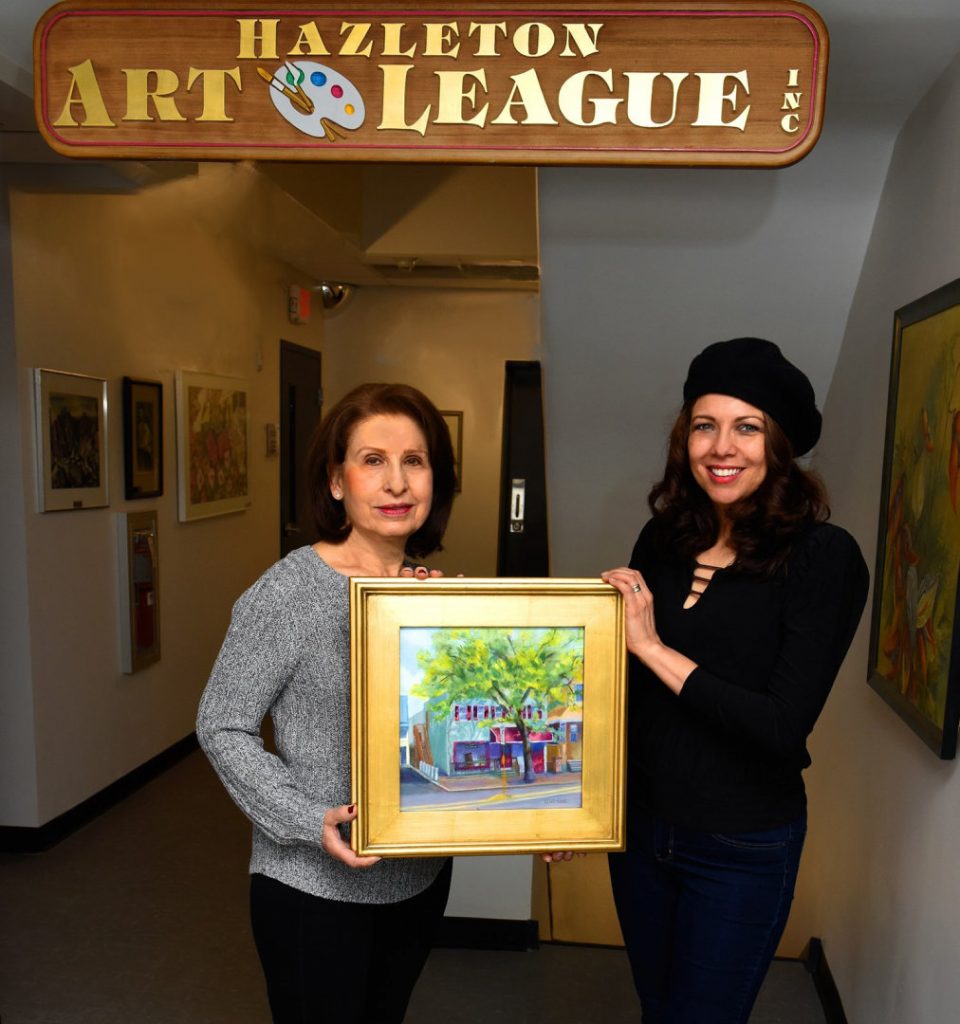 The Hazleton Art League was recently presented with a painting of its original home at 225 E. Broad St., Hazleton.

The painting by artist Teresa Liott Saul was part of the November exhibit at the new Hayden Family Center for the Arts. It shows the front of the old building, which had been the only home of the art league since its founding in 1947.

The art league’s board of directors decided to purchase the painting for its permanent collection, both as a record of its historic headquarters and as a tribute to the artist, who has been an active member of the league for decades.

Teresa Liott Saul’s first association with the art league was as a student. She has been in numerous exhibits, winning several awards, including best in show for the annual student exhibit, twice.

Working mainly in oil, she is well known locally for beautiful, slightly impressionistic renderings of scenery and people in soft light, often presented in gold tone frames created by John Saul, her husband, who does all her framing.

Teresa Liott Saul is also active at Studio 303, Jane Klesh Butkovsky’s gallery/studio in West Hazleton, and continues to honor the art league with her artistic vision, enthusiastic support and generosity.

When informed of the intended purchase, she insisted on donating the painting to the league.