Not only is it beautifying downtown Lansford, a recently finished mural of a coal breaker is a glimpse into the borough’s past.

“The mural is a real eyecatcher for those who pass through Route 209,” said Lansford Alive! President Chris Ondrus. “It is also a great way to show off our rich coal mining history.”

The nonprofit organization dedicated to improving the borough worked with Lansford officials and Ryan Hnat of Northeast Art Project, Scranton, to bring the mural to the 100 block of West Patterson Street.

Hnat, a Coaldale native, said discussions began a year ago.

“They mentioned something about the design, that they wanted something historical,” Hnat said. “I went to them and they gave me some ideas.”

While the No. 9 Mine and Museum is in Lansford, Hnat said the No. 9 breaker was located within Coaldale borough limits.

So, Ondrus suggested the No. 6 coal breaker. 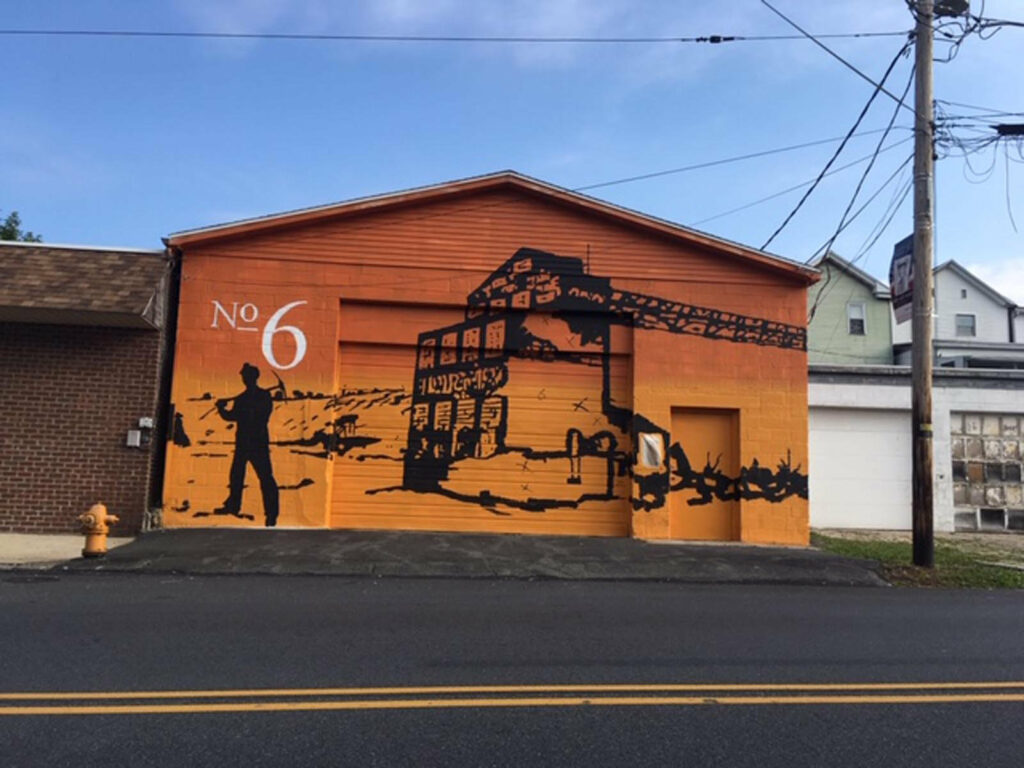 “That was located in Andrewsville,” a patch town on Lansford’s eastern end, Hnat said. “It was more of Lansford’s breaker.”

When the original site for the mural was scrapped, Hnat had to rework the design. Hnat changed the color scheme to orange and yellow — reminiscent of a vibrant sunset. He also added a greeting.

“It’s really nice to come through town and see, ‘Welcome to Historic Lansford,’ ” he said. “It really catches your eye.”

Hnat had worked at Hnat Painting, Coaldale, with his father, Joseph, before moving to Scranton last year.

“I traded in house painting to focus on the mural arts,” he said.

Since then, he and other artists with Northeast Art Project have completed murals in Scranton, Dickson City and surrounding areas.

“I would like to do a lot more down in that area,” he said, referring to the Panther Valley region. “I would like to bring other artists there, fundraise or partner with someone to raise money to help execute projects whether they are private projects or community projects.

“Scranton is my home base, where a lot of my artists are. But we are more than excited to take a trip to anywhere in Northeast Pennsylvania.”

“We received many positive comments about the mural and hope to paint more in town in the near future,” he said.