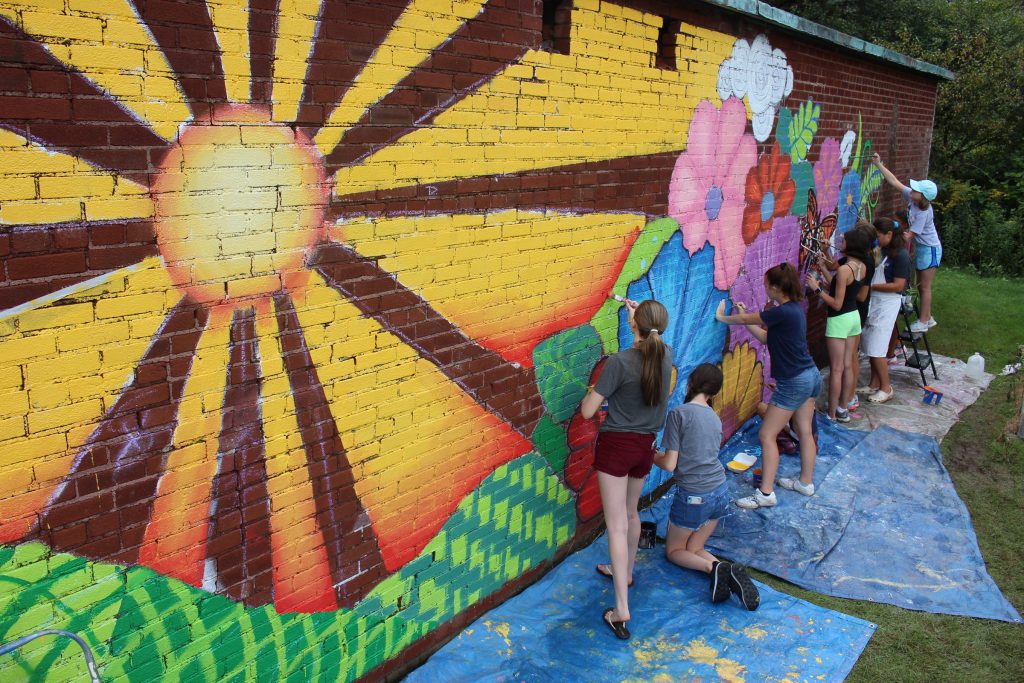 Mural Painting Camp – Putting Your Stamp on Our Community, one of the many camps offered by Abington Art Studio, gave kids age 9 and up the chance to create art outdoors during a week in August.

Waverly Elementary School PTA members approached Diana Lombardi of Abington Art Studio with the idea for the project as a way to beautify the playground area.

“They were able to do art on a big scale and make a big difference,” said parent and PTA member Karen Cahn. “The building needed some sprucing up, and we thought a mural was a great way to enhance children’s experience at Waverly Elementary.”

PTA members and Abington Art Studio staff and kids discussed the design for the mural project.

“It was great to involve the kids in the design,” said Lombardi. “Kids learned how to work with clients and collaborate in the planning process.” 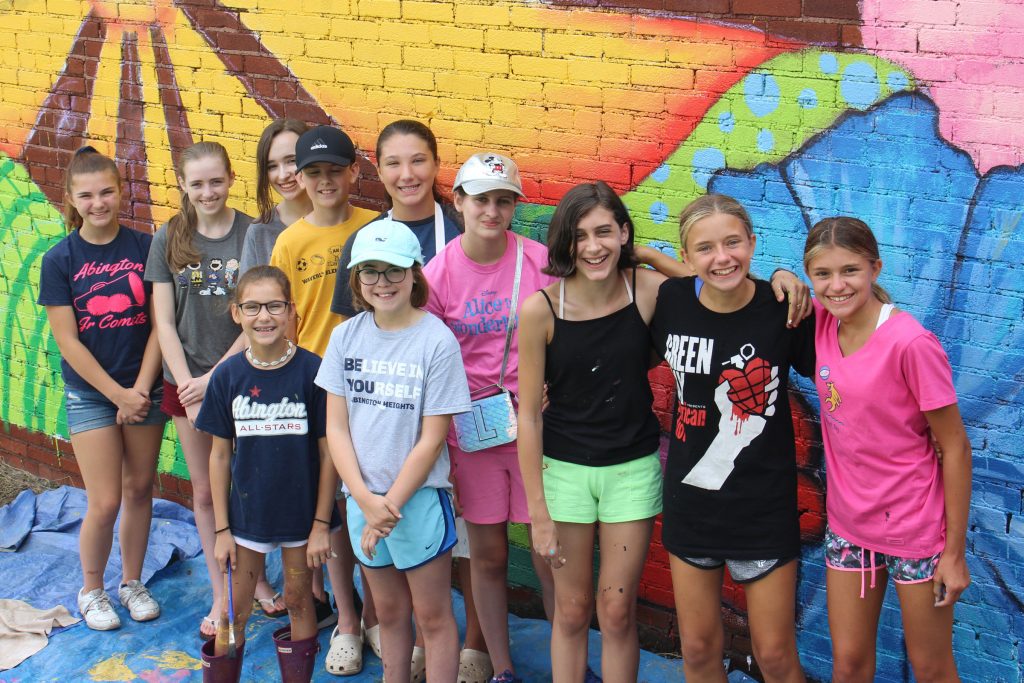 Lombardi shared the idea behind Mural Painting Camp was to learn to work on a large scale. The initial design was sketched in chalk and then paint was added. Layers of paint in different colors added dimension, shading and detail.

“I always tell the kids to stand back so they can see the whole thing. Then, they can see what a difference highlights and details make – or where some might be needed,” Lombardi said.

It was the fifth year Abington Art Studio held its Mural Painting Camp. It’s one of several camps that were available this summer through the studio. Lombardi said the studio held Drawing Camp, Painting Camp, Clay Camp and Outdoor-Painting-in-the-Park Camp, among others.

During the mural camp, students painted and learned various art techniques. They also learned teamwork and communication skills as they worked together on the large project.

Kids who attended Mural Painting Camp ranged in age from 9-14. Many attended Waverly Elementary in the past. They laughed and talked as they painted, working together to create something bright and beautiful for their community.

“As these kids go on to middle school or high school, they are giving back and creating something that they can take pride in,” Cahn said. “Other kids who come out to recess at Waverly Elementary will see this mural and hopefully have their spirit uplifted or feel inspired.”