A family-owned restaurant business has expanded into Luzerne County, opening its fifth location in Kingston.

Brother and sister owners Joe Macciocco and Maria McLaine opened their first location in Dunmore in 2004 and named the restaurant after their mother. Throughout the years, they have expanded menu offerings and locations into Blakely, South Abington Twp. and Carbondale. 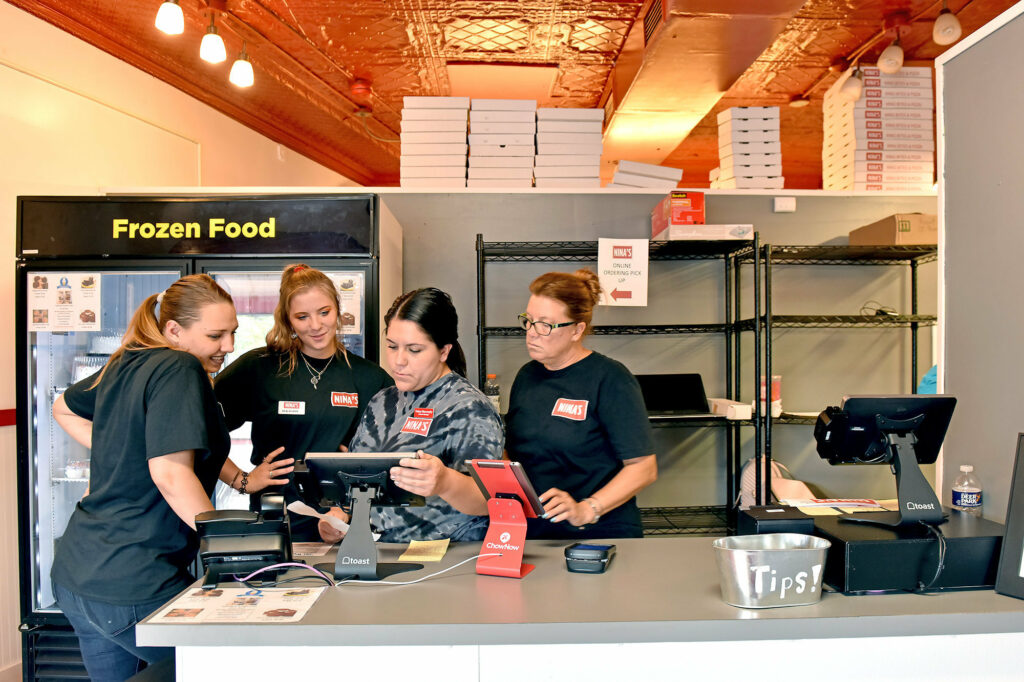 Nina’s also has been doing a “summer heat” special and rotating different flavor sauces at its other locations, Brown said.

Customers were asked to participate in a Facebook poll and choose a flavor. Sweet and spicy bourbon soon will roll out for wing bites at all locations, including Kingston, she said.

Brown said many customers have been asking that Nina’s Wing Bites & Pizza open a location in Luzerne County.

“We’re so happy to be here,” she said. “Last week, we went out to local businesses in this area and to the fire station and the police station and gave out free food and it was awesome. We had a lot of great responses. Everyone was super welcoming.”

Sides said they recently moved to the area and they used to go to Nina’s in Dunmore all the time. She said they love the wing bites and they are happy Nina’s opened in Kingston.