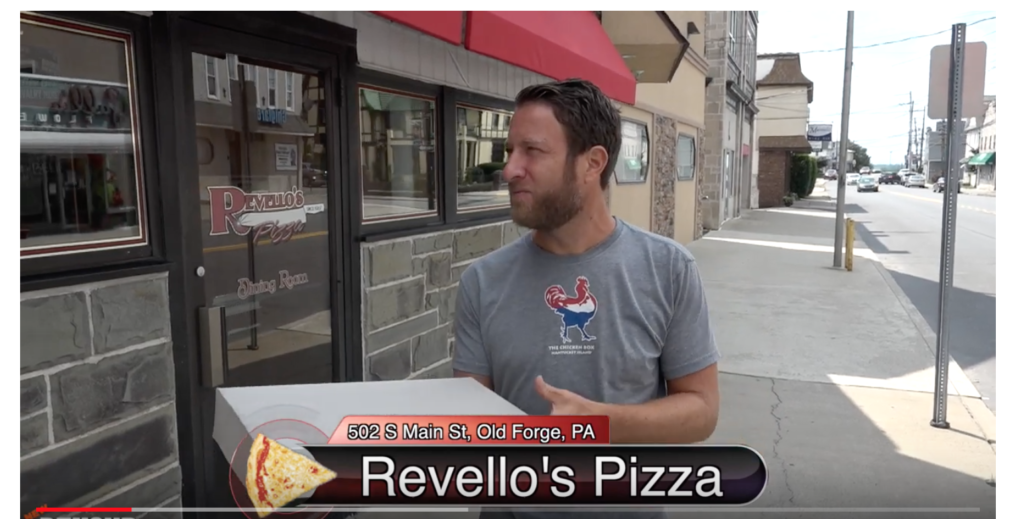 Dave Portnoy, founder of the satirical sports and pop culture blog Barstool Sports, visited Old Forge on Wednesday to sample cuts from “The Pizza Capital of the World.”

And he had a lot to say about the pizza in a video published across social media Thursday night.

Barstool Pizza Reviews features Portnoy traveling all over in search of the best pies and slices — or, in Northeast Pennsylvania’s case, the best trays and cuts.

El Presidente, along with cameraman Frankie, decided to make the trip to NEPA after Old Forge pizza fans inundated Portnoy with emails about coming to the borough to taste a cut for himself.

“Why did we wake up and drive 2 1/2 hours to Old Forge?” Portnoy said in the almost five-minute video. “Because they say they’re ‘The Pizza Capital of the United States.'”

While the world waits for me to go to jail I continue to do God’s Work. pic.twitter.com/Fd4KbDbXwo

Portnoy, standing in front of Revello’s Pizza with a tray in hand, explained he researched the borough’s history and knew that the style of square pizza was created for hungry coal miners.

“I actually like it, but I mean … I do like the pizza but to say you’re the Pizza Capital of the World,” Portnoy shrugged before taking another bite of his plain red cut. “I do like this pizza.”

“This is what I saw on the internet,” he said, pointing to the map pin. “Frankie, I thought it was the size of a mountain.”

While the video only showed Portnoy tasting and reviewing a cut from Revello’s, Portnoy was spotted at several other Old Forge restaurants including Arcaro & Genell’s, Cusumano, Cafe Rinaldi, Salerno’s Cafe and Mary Lou’s Pizza.

One Bite, everybody knows the rules.

Visited by the Pres today.