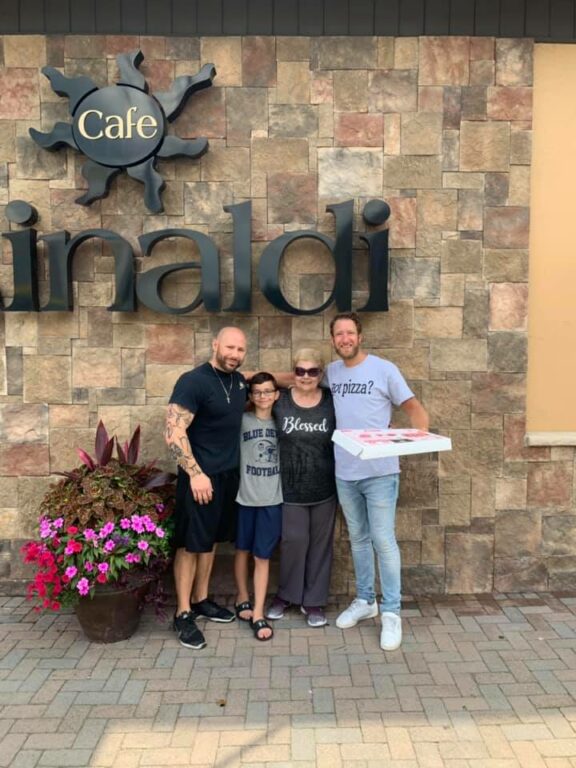 One bite. Everybody knows the rules.

Dave Portnoy, founder of the satirical sports and pop culture blog Barstool Sports, was spotted in Old Forge on Wednesday visiting restaurants around The Pizza Capital of the World.

Barstool Pizza Reviews features Portnoy traveling all over in search of the best pies and slices — or, in Northeast Pennsylvania’s case, the best trays and cuts.

While the world waits for me to go to jail I continue to do God’s Work. pic.twitter.com/Fd4KbDbXwo

Lackawanna County outreach coordinator Rick Notari posted to Facebook on Wednesday morning that Portnoy would be in Old Forge. Then, local pizza connoisseur account NEPA Pizza Review posted to social media along with the photo of Portnoy leaving Revello’s with a tray in hand and word spread.

As the day went on, social media flooded with photos and videos of “El Prez” throughout the borough. Portnoy tried cuts of pizza and snapped photos with fans as well as restaurant owners and staff.

One Bite, everybody knows the rules.

Visited by the Pres today.

Each Barstool Pizza video features Portnoy giving the slice a rating. According to Notari’s Facebook, Portnoy rated each pizza he tried Wednesday: Salerno’s earned a 7.1; Mary Lou’s a 7.3; Revello’s earned a 7.4; Arcaro and Genell’s a 7.5; Cusumano and Cafe Rinaldi both a 7.6.

No word yet on what Portnoy himself had to say about his trip to Old Forge.