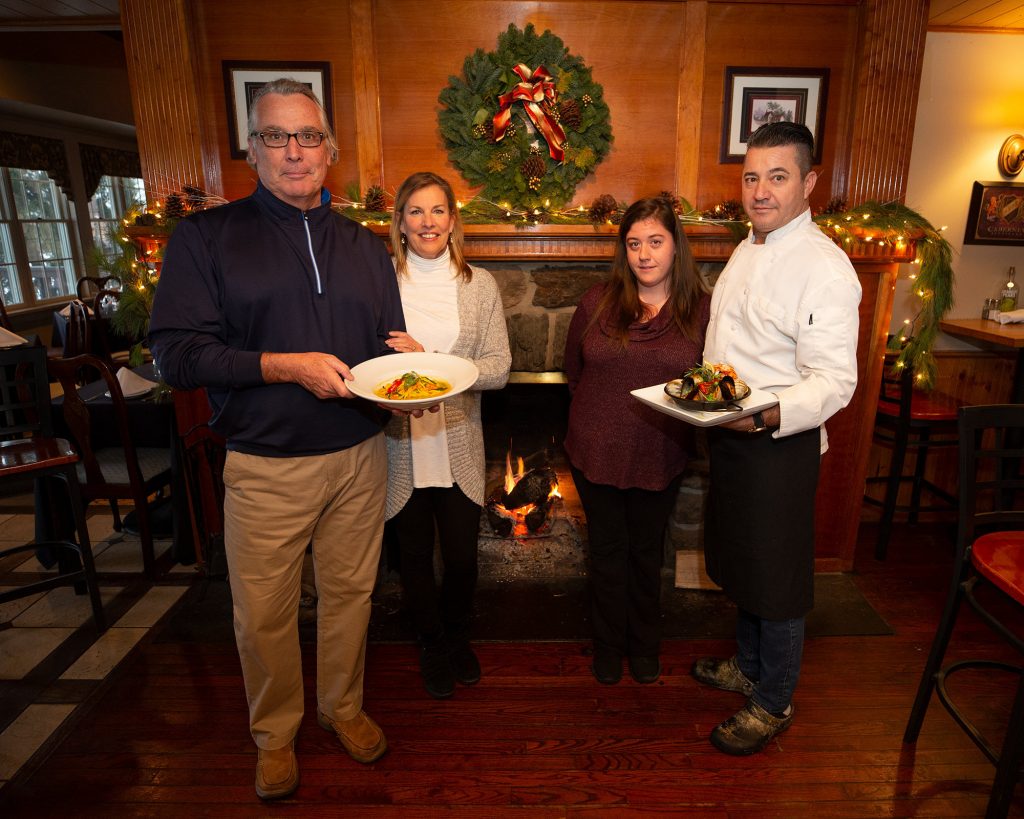 He, along with co-owners Joseph Gentile Jr. and wife Sue McAndrew, took over the restaurant July 22. Dennis McAndrew came to the Scott Twp. restaurant with a successful history in the restaurant business, as he helped open and served as beverage manager of the Hilton at Lackawanna Station in 1983. He also brought La Madeleine French Bakery & Cafe from Dallas, Texas, to the Washington, D.C., area, and managed restaurants in Philadelphia.

Dennis McAndrew praised the wait staff and kitchen crew at Camelot, saying he has not received one complaint since becoming the co-owner. Two specific people he can thank for that are manager Natasha Culver and chef Amaury Oliveira, who have been around since before the change in ownership. They make up just part of a team that emphasizes giving customers high-quality, exciting dishes.

“We have a range of food for everybody,” Culver said. “Come in for drinks and appetizers or get a better filet mignon.”

Another favorite is the Salmon Burger, whose house-made, fresh Atlantic salmon patty is mixed with sweet red peppers and scallions then topped with mixed greens, tomato and red onion, served with a cilantro lime aoli. 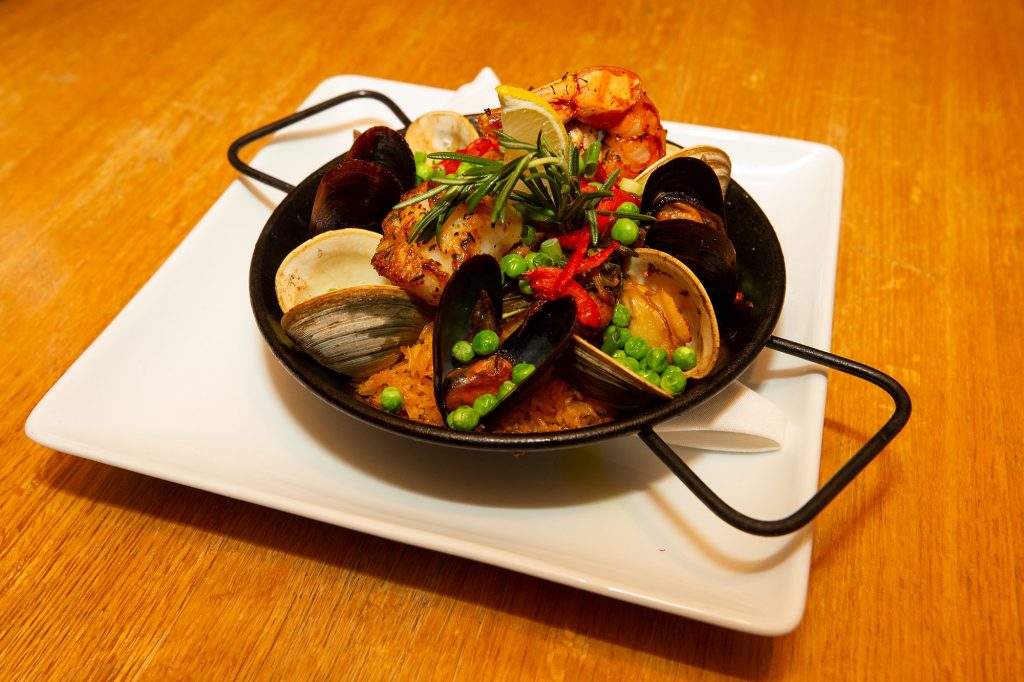 For people whose diets are gluten-free, vegetarian or vegan, Camelot aims to satisfy with its highly popular Fresh Zucchini Spaghetti, served with a saffron-infused lemon wine sauce with sauteed garlic and grape tomatoes. The dish is entirely vegan, although meat-lovers can choose to add shrimp or chicken. Culver said that if anyone has a food preference or diet restriction, the chefs are happy to accommodate them.

Oliveira has been chef at Camelot for three years and named love as the biggest influence when he constructs dishes. He wants customers to love what they eat.

“We cook with fresh ingredients, fresh herbs, fresh saffron,” Oliveira said. “All our steaks are seasoned with five fresh spices.”

The steaks are USDA Choice and locally hand-cut to ensure quality and freshness. Oliveira is no stranger to using mouth-watering toppings for his steaks, such as red wine demi glaze, bourbon barbecue sauce, brandy sherry au poivre and bleu cheese or mushrooms.

“If I throw some ideas at him, he comes back with something else,” Dennis McAndrew said of Oliveira. “His mind is always going.”

Oliveira’s creativity can run wild with specials such as the Fresh on Shell Scallop appetizer, which places a large scallop on a bed of sweet potatoes in the shell.

Whatever the dish, Dennis McAndrew knows his kitchen staff will please every customer who enters Camelot.

“That’s a good squad in there,” he said.

The appetizer-sized dishes let customers order multiple items and share them with family and friends at their tables.

“Get a little taste of everything, whatever you’re in the mood for,” Culver said.

Dennis McAndrew wants to keep the customers who came to Camelot before he took over the business just as happy as they were before. Retaining classic dishes like their signature Seafood Paella was important to him, but he does have some changes in mind. In addition to adding more specials to the menu, he plans to use the outdoor patio more with the addition of a bigger outdoor bar. Updating the lunch and dinner menu as well as the wine list was also a priority.

As far as events go, Camelot is no stranger to hosting large parties for any holiday or occasion. If anyone wants to experience the New Year’s Eve Royal Surf and Turf special, Dennis McAndrew strongly encourages making reservations as soon as possible. People coming from near and far can even book one of Camelot’s nine rooms to spend the night in, with prices starting at $107 including tax.