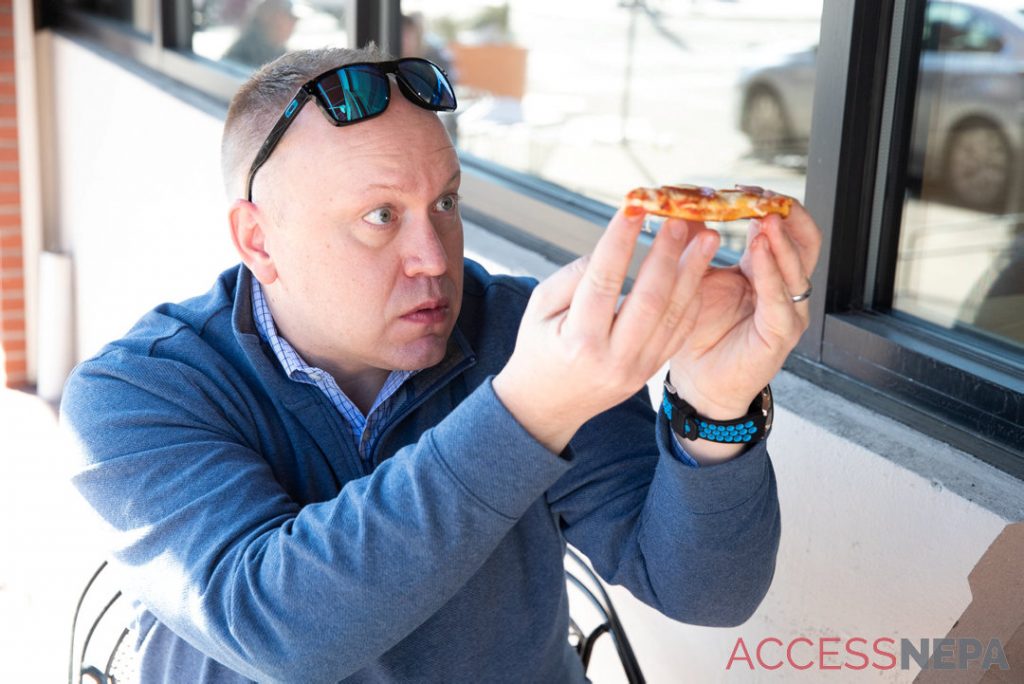 Others may prefer a tray with light, fluffy crust and sweet, zesty sauce that helped Old Forge earn the moniker of “Pizza Capital of the World.”

Still others prefer the pan-fried Sicilian type known for its crispy, fried bottom and with chunky onions right in the sauce.

In Northeast Pennsylvania, pizzerias cater to different tastes. And Mirabelli, who started the NEPA Pizza Review website in July 2012, believes in connecting people and pizza.

“We’re known for trays and cuts and cheese blends,” Mirabelli said. “We do it different and we think we do it better.”

He has reviewed about 200 businesses throughout Lackawanna, Luzerne, Wyoming and Columbia counties and grades each pizza on its crust, sauce, cheese, overall taste, preparation and value, before providing an overall rating.

“I’m pretty meticulous,” Mirabelli said. “I don’t just take a bite and give it a score. I like to reflect on the overall experience and each criteria.”

Outside the pizzerias, Mirabelli serves as business manager at Abington Heights School District. But his love of pizza goes back further than his love of numbers.

He worked at Dino and Francesco’s Pizza & Pasta House in South Abington Twp. throughout his high school and college years and still helps out in a pinch, said co-owner Michael Yurkovic.

“I grew up in pizzerias and this is one of my ways of giving back to the pizza community that gave me so much,” Mirabelli said.

He typically eats pizza about twice a week, but confessed sometimes it’s closer to seven days.

Cebula’s in Dupont was tabbed by Mirabelli as one as of the most unique pizza’s he’s reviewed over the years.

His job at Abington Heights allows Mirabelli to understands finances and the struggles pizzerias have faced during the COVID-19 pandemic.

The Clarks Summit resident usually takes a month off from reviews each January , but felt compelled to continue helping the small eateries.

“During the pandemic, recognizing I could help some people out, I just needed to keep going,” Mirabelli said.

“It’s about the small businesses and trying to tell their stories,” Mirabelli said. “I still write the articles, but my videos have the biggest impact.”

Recently, a video review of DeMuro’s Pizza in Pittston garnered more than 300,000 views over a three week period on Facebook, a far cry from the blog’s early days.

“If I would get five clicks in a day, I would start to get excited,” Mirabelli said. “Now I very comfortably have 2,000 clicks, sometimes 20,000 clicks in a day. I never set out to be a pizza influencer, but the coolest thing is people read my reviews and go to those places based on my recommendation.” 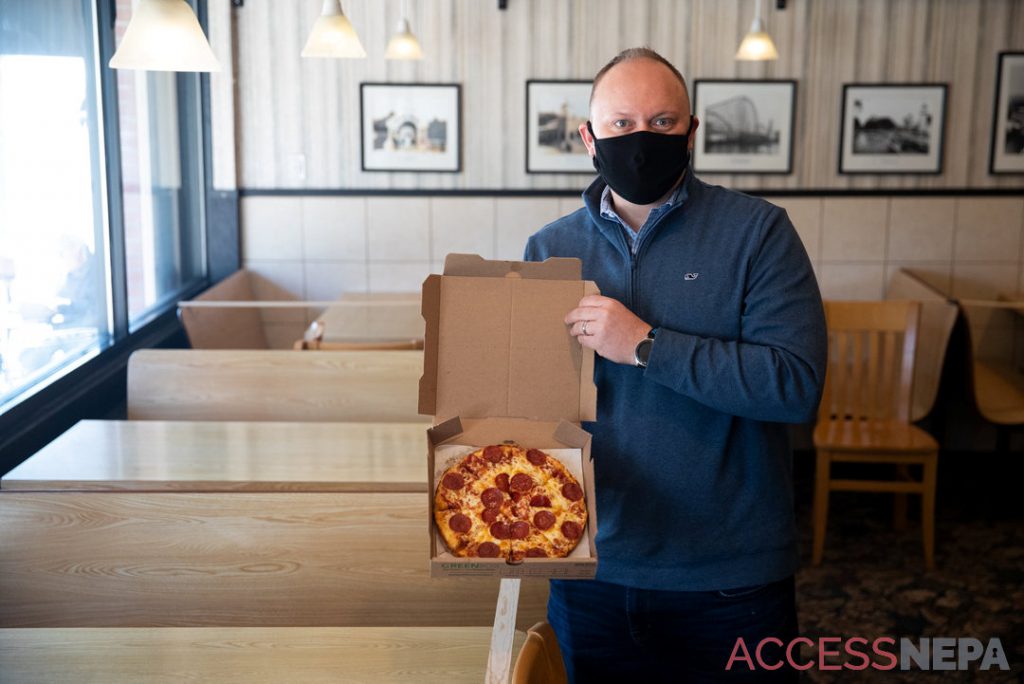 Since 2014 , Mirabelli has been featuring 64 different area pizzerias in the NEPA Pizza Madness tournament, where readers can vote on their favorites.

“It lasts about seven weeks and there is an intense focus on those pizzerias,” he said. “I always get a lot of feedback that it helps drive business to these places and I always like when the little guy wins.”

Yurkovic, of Dino and Francesco’s, believes the annual tournament shines a positive light on the local pizza community.

“It generates a lot of interest and it’s a lot of fun,” he said. “My customers like doing it and my staff like to watch it daily on their phones.”

“I follow the website on social media and it’s great for the area,” said Pat Revello , owner of Revello’s Pizza in Old Forge. “Jim knows his pizza and gives a very sincere review. There are a lot of places I’ve never heard of that I had to try.”