For many, Christmas isn’t complete without giving Mannheim Steamroller’s holiday music a listen. And now, fans can enjoy the experience in person as the group performs in Scranton next week.

“Well it’s become such a tradition in so many homes, but it’s really rewarding for us to do this every year and be a part of that tradition,” Layton said while on the road in St. Petersburg, Florida.

Davis founded Mannheim Steamroller in the ’70s, offering what the band describes as an 18th-century instrumental rock sound. The group released its first Christmas album in 1984 and has continuously toured with its holiday music since then. Since then, Mannheim Steamroller has won a Grammy award for best new age album and sold more than 40 million albums, including 29 million Christmas ones. It has performed at prestigious events including the White House Christmas tree lighting and on shows such as “Today” and “Good Morning America.” 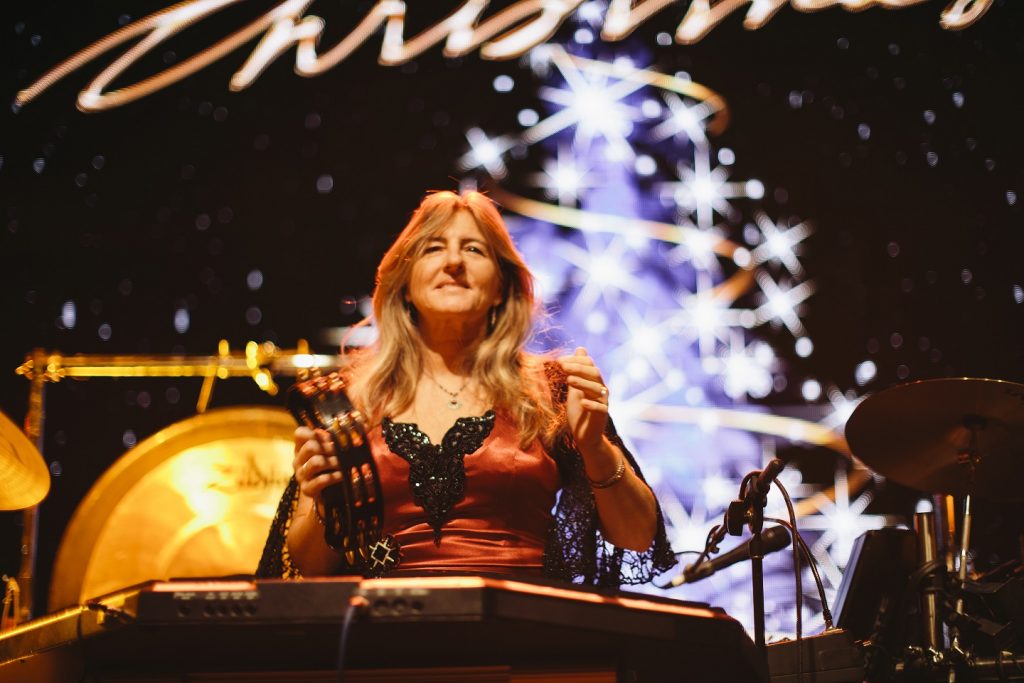 The first half of the upcoming concert will feature favorites from all albums, including the band’s new CD, “Exotic Spaces,” with a lot of video and lights, Layton said. In the second half, the audience will hear Mannheim Steamroller’s first Christmas album, released in 1984, played in its entirety.

“We’re playing some new tunes we didn’t play last year or the year before,” Layton said. “We always kind of mix it up.”

Layton called Davis a gifted composer and arranger, and fans can expect to hear such tunes as “Deck the Halls” and “Silent Nights” performed with “a mixture of ancient instruments,” said Layton, who, like her peers in the group, plays multiple instruments. She has turns on not only the recorder but also crumhorns, tympani, electronic drums and other percussion.

“It’s moving,” she said of the music. “It’s ancient instruments (like) recorders and harpsichords with … rock ‘n’ roll, and it’s just it’s timeless and unique.”

It makes for a varied program, Layton explained, with “Deck the Halls” and “Angels We Have Heard on High” tending to draw big reactions from the crowd.

“So many people like different parts of it,” she said. “Some people love the electronic stuff, some people love the Renaissance stuff. We have some slow, beautiful pieces like ‘Silent Night,’ which is just gorgeous, and ‘O Holy Night.’”

Layton often meets fans in autograph lines while out on tour and has seen multiple generations coming to shows. They tell her all kinds of stories, from sad tales to joyous ones about listening to Mannheim Steamroller’s Christmas music while trimming their trees.

The show keeps her on the road during the holidays, but Layton’s family joins her to celebrate, and the company always gathers for Thanksgiving and Christmas dinners.

For those who’ve never attended a Mannheim Steamroller concert, Layton noted, “there’s nothing like seeing a band or hearing a band live.”

“A lot of people say it’s like taking a vitamin, coming to our show, (with) the sound quality,” she added. “And also I just think it’s joyous, it’s celebratory, its nostalgic, it’s traditional, it’s progressive, it’s all of it. We seem to cover the gamut of keeping many people happy.”