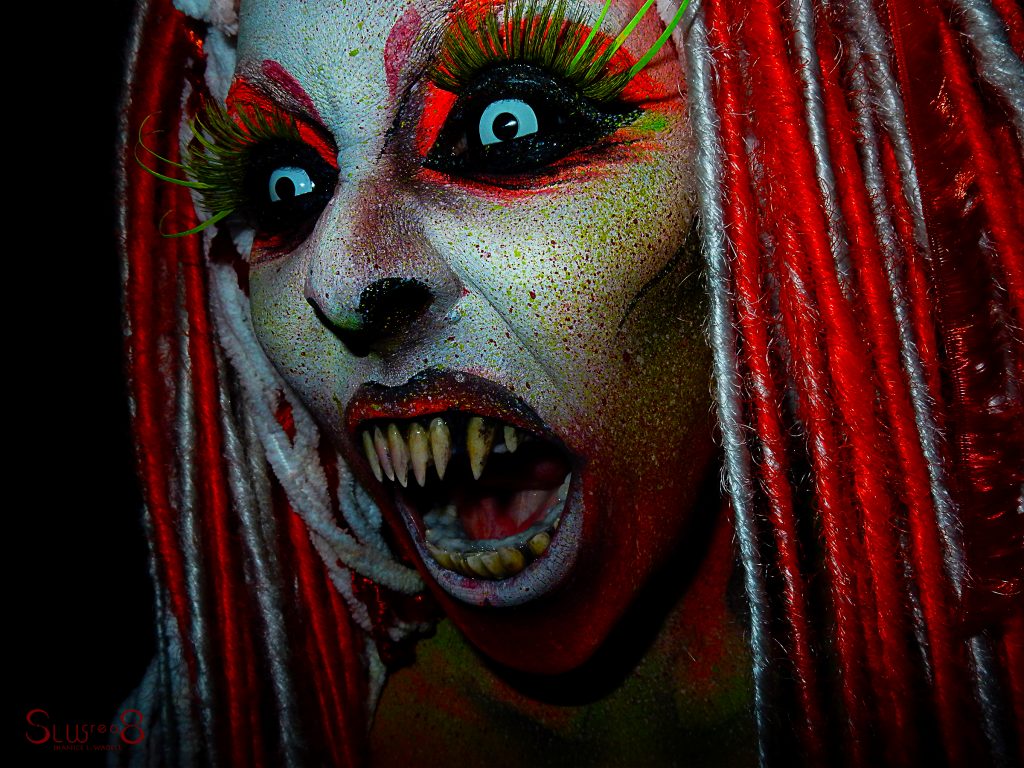 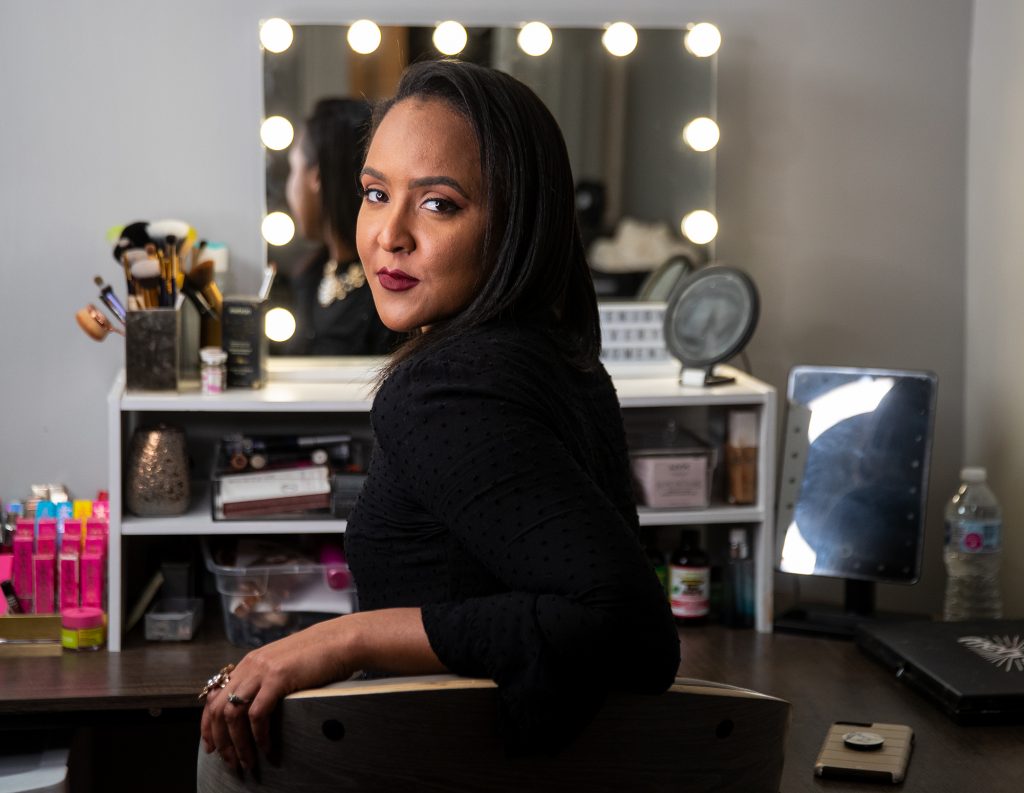 Shanice Wadell embodies more than what meets the eye.

By day, the 31-year-old works as a graphic designer and social media marketer in the corporate world. But by night, she becomes whatever she dreams up.

The self-taught special-effects makeup artist uses not only makeup but also body paint, prosthetics she molded herself and more to create looks that range from creepy to captivating. She shows off the looks to her more than 10,700 Instagram followers who include the likes of Kerry Herta of Colour Box Makeup Studios, who is behind the freaky, unnerving “American Horror Story” ad campaigns, and celebrity makeup artist Daniel Martin, who has worked with Gigi Hadid, Jessica Alba and the Duchess of Sussex, Meghan Markle.

This past July marked the second year in a row that Wadell made it into the top 30 artists in North America during global beauty brand NYX Cosmetics’ Face Awards.
Though she holds these distinctions, it’s not about the clout to Wadell. This is what soothes her soul.

“Sometimes I can’t believe people are so interested in it because it’s just a fun thing for me to do,” Wadell said on a recent night in the Scranton home she shares with her fiance, Ryan Diddick, and their five rescued cats. “I’ll sit here and start painting, decompress. Whatever crosses my mind, I try to create it.”

Art always was the center of Wadell’s life. Her dad, Roger, was a photographer, and her mom, Bonita, is a lifelong artist who worked for companies in New York City and painted the mural inside the former spin room of the Greater Scranton YMCA. Wadell grew up in Lake Ariel, and her earliest art memories include the time spent dressed in her little blue smock at the Fisher Price easel her grandfather gifted to her. Creativity flowed in the Wadell home, and their daughter’s interest in the craft always was encouraged but never insisted upon.

“I never wanted to be pushy,” Wadell’s mother said, noting she also saw her daughter develop a love of makeup thanks to a family member who worked in the beauty industry.

“She was always talented and had an interest in it. I just wanted her to find her own way.”
Wadell continued to paint and draw through elementary and middle school at Western Wayne and won several Reflections contests throughout the years for art and writing. A tennis player and competitive swimmer, too, Wadell enrolled at Scranton Preparatory School and shifted her focus to athletics, particularly swimming. Then, when it came time for Wadell to decide on a college, she felt in her soul she must pursue the arts, and her parents stood behind her.

Wadell fell in love with graphic design, and after earning an art degree, she landed jobs in the creative side of advertising and social media marketing in her home region. One night, she and her mom were on the phone when the Syfy reality competition show “Face Off” came up. Knowing her daughter’s penchant for painting, her mom urged Wadell to try it herself.

“She said, ‘I bet you can do that,’ and I kind of brushed it off,” Wadell said. “Then, one night I was just bored and decided to paint myself. It was so bad, not what you’re supposed to do at all. I think I used acrylic paint but there was something soothing about it.”

Wadell’s hobby began to grow when she started to post her work on social media. With its visual-driven feed, Instagram quickly became a go-to spot for artists to showcase their work. Her first serious foray into special-effects makeup came after she entered a contest of another artist well-known on Instagram. She created one look per day for 16 days straight. While she didn’t win top prize, the artist reached out to her to encourage her to keep going, and Wadell began to push herself and talent through more contests.

She entered NYX Cosmetics’s Face Awards in 2018 with an all-blue jellyfish look complete with colored contacts, costume pieces and fake sharp teeth. She aimed to force herself out of her comfort zone since the contest also required a YouTube video to go along with the creation, but she never thought she would place in the competition. Wadell ended up making it into the top 20 in North America.
“I was completely in shock,” she said. “I did contests, but this was for a worldwide, well-known brand, and there were thousands of contestants. It was indescribable for me.”
Wadell gained eyes on her work thanks to the contests but also built friendships with fellow artists. The community on Instagram also inspires Wadell to work harder and try new and different techniques and looks.

“It’s such a great group of people who all are interested in the same things and want to see you succeed,” she said, adding her followers and loved ones also provide ample support. “I think my parents just have Instagram to see my stuff.”
She finds inspiration for her looks in unexpected places, such as a vibrant cartoon on TV to the intricate grain in wood paneling. She meticulously plans her looks down to the tiniest detail and embellishments, and she uses optical illusions, light and shadow, and textures to create mind-bending transformations. She’s made herself a blooming rose, a clown, Gremlins and a sinister-looking water droplet.

“I could do without the gory stuff, but that’s just me,” her mom said, laughing. “Her and her father share this love of movies and TV shows, and I think that’s where some of those characters come from.”

Wadell also dreams up a backstory or poem to go along with each character, object or creature she becomes.

“The stuff that she comes up with is just amazing,” Diddick said. “There’s a lot behind it, and sometimes there’s a darkness to what she does. She really puts so much time and effort into it.”

Though she’s committed to creating looks, she doesn’t typically dress up for Halloween — “I do this year-round. On Oct. 31, I just want to be normal,” she said with a laugh — and followers, likes and fame aren’t what she’s after. Social media can be tricky thanks to all the sponsored content, ads and influencers, but Wadell remains steadfast in authenticity.

She’s sent products to try out but only features something if she truly likes it. She also never puts out something subpar just for the sake of posting content.
When she sits inside her makeup room, she still feels like the little girl in the smock, painting her heart out.

“I need to believe in something or feel creative and want to do it and really put everything I have into it,” she said. “I might go a week or two without something new, but I couldn’t do (more than that). It wouldn’t be authentic. This is an outlet for me.” 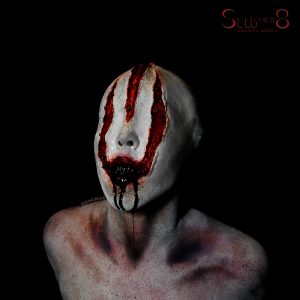 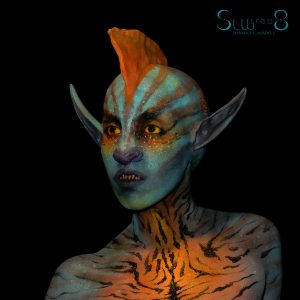 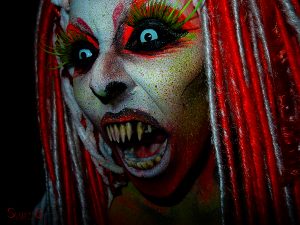 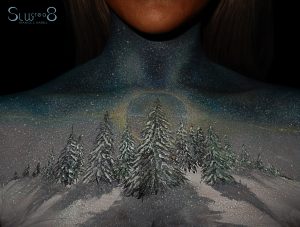 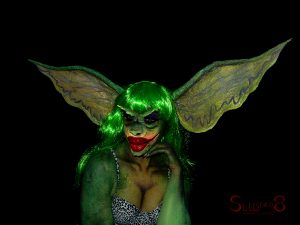 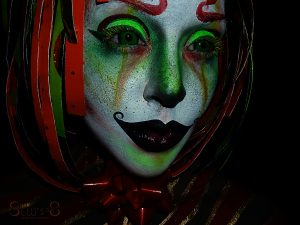 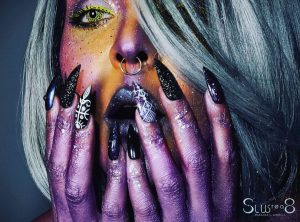 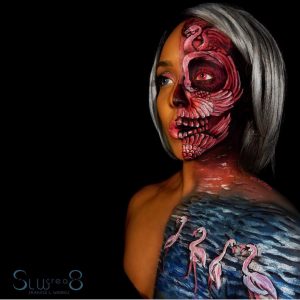 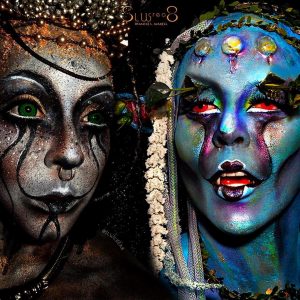 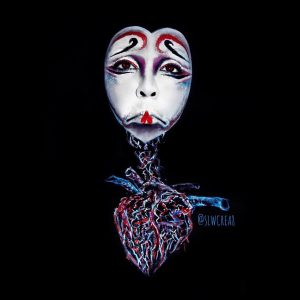 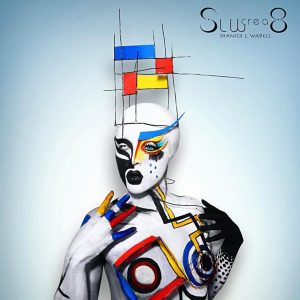