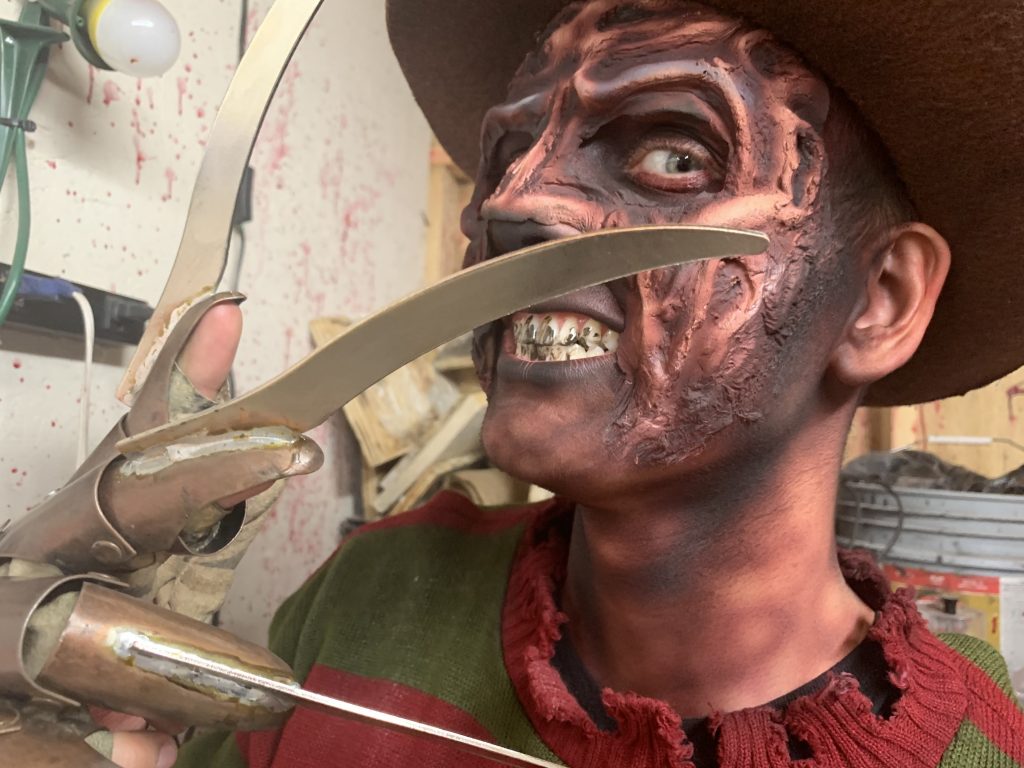 Behind the ghoulish figures and scream-inducing characters of Reaper’s Revenge Haunted Attraction and Hayride in Scott Twp. is a team of makeup artists skilled in creating the macabre looks.

Over the past decade, Reaper’s has expanded with more attractions, which in turn meant more characters and more elaborate costumes. Makeup followed suit, and Jes O’Reilly, head of makeup, has experienced that growth. Today, her department boasts 15 artists working on any weekend with five others who float in as needed.

The makeup team gets together to start planning in the spring, O’Reilly said, and brainstorms new character ideas. If there are makeup artist spots open, O’Reilly holds makeup classes for anyone interested to learn the styles and techniques. It’s a long way from Reaper’s initial days filled with masks and black robes.

Lisa Harach has been with Reaper’s for eight years and also remembers the team’s humble beginnings in a tent with little light and no heat. Today, she and the other artists each have their own stations, where she creates looks such as Demi Burley’s Samara from horror film “The Ring.”

Fellow artist Pat Capitano loved doing makeup and started out working on proms and weddings like most aspiring artists. Capitano found the perfect outlet at Reaper’s, where he lets his imagination run wild with characters including Ashley Boland’s “Alice in Wonderland,” an undead, creepy take on the beloved character.

Attractions at Reaper’s include its iconic haunted hayride; the Lost Carnival, a sideshow made up of the souls of “freaks,” clowns and other oddities; Pitch Black, an abandoned factory filled with paranormal activity; and Sector 13, a high-intensity maze set in a nuclear wasteland full of cannibalistic mutants. With 150 to 180 performers in total — each with a specific character and look to fit their attraction’s theme — coming through the makeup studio, application must be down to a science.

Performers get their makeup done in shifts, and O’Reilly said most performers get about eight minutes in the chair for airbrush work. More complicated looks with prosthetics and wigs get 15 minutes.
Some of the artists — including Ashley Godfrey, who’s worked with Reaper’s for six years, and Kat Bischak, who created a piece for performer Corey Rossi’s Freddy Krueger — mold their own prosthetic pieces.

Bischak, who also acts in the attraction’s chain saw scene, explained she and her mom are diehard “Nightmare on Elm Street” fans and own books on the special effects makeup from the films. She used that to replicate a prosthetic piece exactly like the iconic movie villain.

Most of the artists pull double- or triple-duty at Reaper’s, such as Amy Sekol. When she’s not creating creepy looks, she’s managing attractions and choreographing the “Thriller” zombies.

The intricate face paint and creepy masks were so much fun to see, but I also loved the bonds among the crew at Reaper’s. It’s also amazing to be around creative people who love what they do. Beauty takes so many forms, and getting a behind-the-scenes taste of the spine-chilling and grotesque looks was a scream.

For more information or to experience the scares yourself, visit reapersrevenge.net. 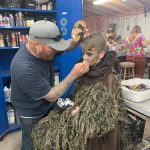 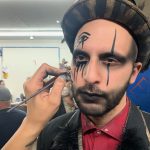 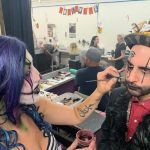 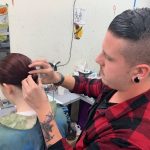 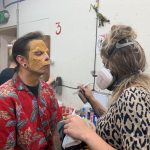 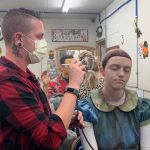 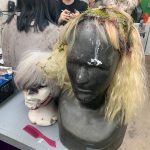 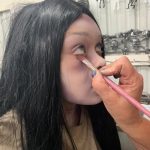 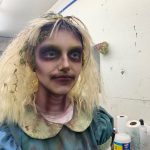 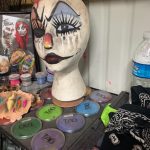 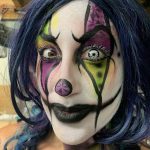 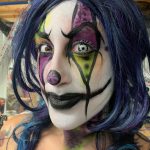 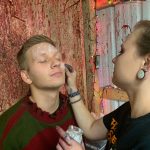 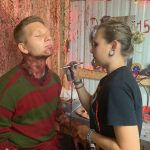 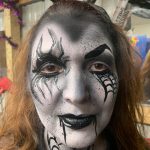 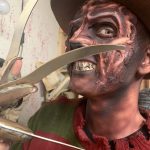 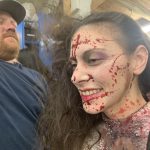 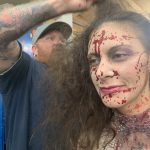 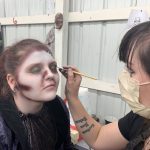 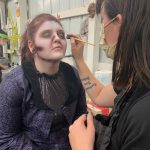 October Artist of the Month: Kayla Przekop
Scranton Fringe Festival goes back 'Under Glass'
Times-Tribune photographer honors city firefighters in First Friday exhibit
This is what it's like to get lip filler for the first time