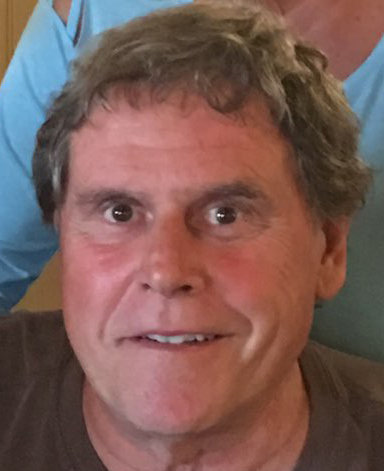 Bright. Witty. Sometimes, a little bit over the top.

Diagnosed with leukemia, Ronchi’s yearlong battle ended Tuesday when he died at Thomas Jefferson Hospital in Philadelphia. He was 73.

“He was a great educator, certainly a great coach and friend,” said former Wallenpaupack football head coach Stan Kucharski, who had Ronchi on his sidelines for the better part of two decades as his defensive coordinator. “He’d give you the shirt off his back.”

“What a tremendous guy. Not a mean bone in his body,” Parry said. “He did everything the right way.”

Ronchi started having health issues last year on the return trip from the PIAA Class 1A state championship football game, in which Lackawanna Trail played.

He was diagnosed with leukemia and began treatment in Philadelphia. He underwent five rounds of chemotherapy and received a bone marrow transplant from his daughter, Lindsey, who helped organize a fundraiser in her dad’s honor 11 days ago at Backyard Ale House in Scranton.

It wasn’t long after that Ronchi began to run a high fever and had to return to the hospital and be placed on a ventilator.

“I got to Lackawanna Trail in 1974 and pretty much we’ve been together ever since,” Parry said. “We went on vacation, he was here, we were at his house. Something like this happens, you always say, not enough.”

Tom’s wife, Gail, met Ronchi, a Mansfield University graduate, when she was his student for science.

“I had Rich as a student teacher when I was at Trail,” Gail Parry said. “We used to call him Teddy Bear. When I came back to coach, our friendship really started to develop and the rest is history.”

She still thinks Ronchi’s good word helped get her the job, and they carpooled together for 11 years, until Ronchi retired from teaching.

While at Wallenpaupack, Kucharski got to know Ronchi as more than just a coach.

“First of all, he was very bright and very knowledgeable,” Kucharski said. “And he was able to really relate to young adults. He was an excellent teacher, made sure his kids were active learners in the classroom and he urged them to be the best they can be.

“The kids loved him and appreciated his abilities. He was very effective because of that.”

There was also another side that sometimes came out on the football field.

“As mild mannered as he seemed, once he got on the sideline, things sometimes got a little out of control,” Kucharski said. “We nicknamed him Dr. Demento because he morphed into this bug-eyed, maniacal defensive coordinator.

“He was very calm, cool and collected most of the time, but if the wrong nerve got pushed, the look was frightening. No one wanted to be around him.”

There was more than a trace of laughter through the sadness as Kucharski shared the story, including reminiscences of the two yelling at each other on the sidelines.

“We spent a lot of time together,” Kucharski said. “Like a family that could have difference of opinions and still love each other.

“What happened was long forgotten after we went down to Ragnacci’s for dinner after the game.”

As well known as he was for football, Ronchi also was Tom Parry’s first assistant when he became head basketball coach at Trail in 1977.

An underdog against Carbondale Area in the Jerry Finan Tournament, Trail found itself leading by a point or two late, with Carbondale Area to inbound with a chance to take the lead.

“We were playing a helluva game,” Tom Parry said. “There was a timeout and I said to Rich, ‘What do you think? Should we play man or zone? He said, ‘Hey, you’re the head coach.’ ”

As light as the moment seems now, it was a lesson for Parry about becoming the guy in charge.

There were plenty of other lighthearted moments.

“Great sense of humor,” Parry said. “I don’t know if we would get away with it these days, but there were a lot of practical jokes when he was at Trail.

“You’d have to think about some of that stuff now.”

Memories rushed back to the Parrys and Kucharski as they recalled the life of their friend and colleague, meals and vacations shared and moments cherished.

“My heart goes out to them because they’ve struggled for the last year,” Kucharski said. “God bless them.”