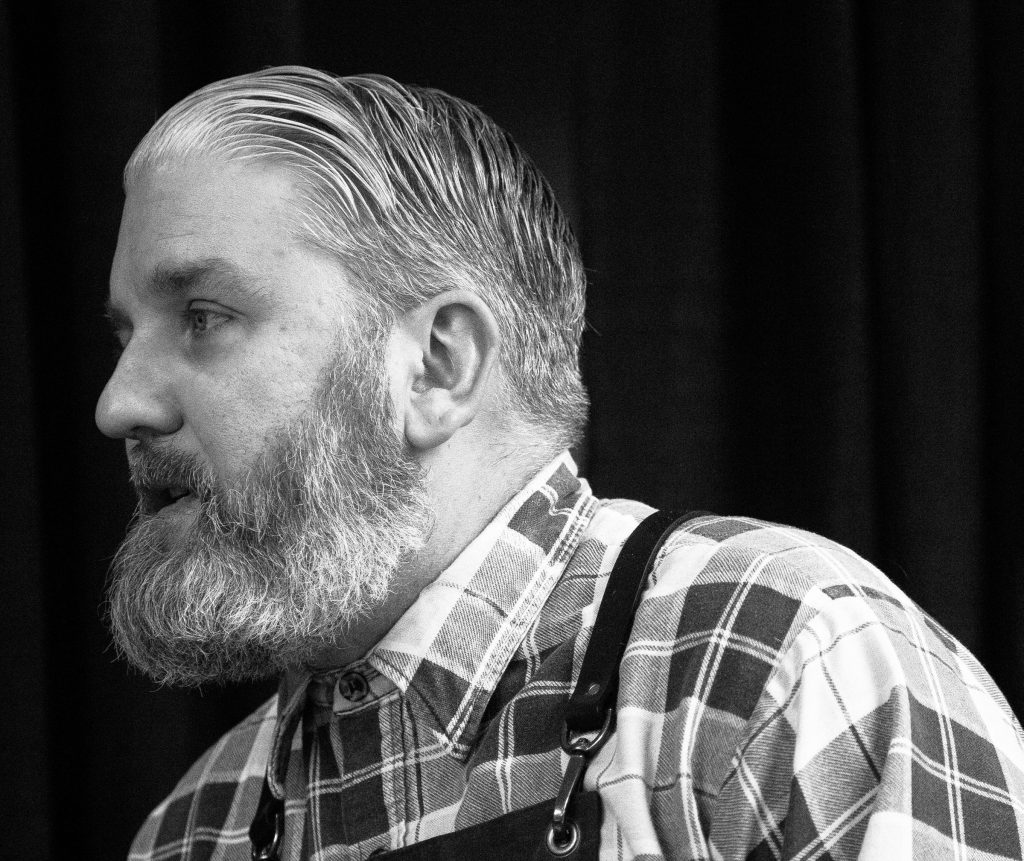 A well-known musician, barber and co-owner of a popular Scranton bar died Thursday, Oct. 24, after a yearlong battle with stage 4 appendix cancer.

On Thursday, he recalled how, when Loyalty got the keys to their Adams Avenue shop four months before they opened, Craig volunteered to paint the interior. This was long before Craig became an employee at Loyalty; he pitched in because “that’s just the kind of guy he was,” Simon said.

“He brought the entire community together … people loved him so much,” he added. “His family is just as great. What Brian would have wanted is for people to look out for Sharon and Grayson.”

Last November, just weeks after Craig received his cancer diagnosis, 2,000 friends and family showed their support at Scranton Cultural Center at The Masonic Temple for the BRI DAY benefit. Proceeds were to help him and his family pay for out-of-network expenses, copays, deductibles, travel and overnight stays at hotels.

The night featured eight bands, a cash bar, T-shirts and at least 100 donated baskets, gift cards and silent auction items. Although Craig couldn’t attend the benefit, the outpouring of support “means the world to him,” his wife said at the time. “He asks me every day has anyone called to ask about him. It means so much to both of us.”

Bill Orner, who organized the event, learned of Craig’s diagnosis about an hour after Craig did. The next day, he called the cultural center and started planning the benefit.

“These are all his extended family,” Orner said at the time. “All these thousands of people know him, and he’s touched them in one way or another.”

As a bar owner, Craig was concerned the benefit would take away business from local bars, Orner had said, adding that the weekend after Thanksgiving is one of the busiest weekends of the year.

“He didn’t want to do it,” Orner said in November. “He’s usually the guy throwing the benefit.”

To appease his longtime friend, Orner opted to end the benefit at 10 p.m. so patrons could still support their favorite venues after the event.

Long known for coming to the aid of friends and strangers facing a variety of obstacles through his own charitable efforts, Craig nonetheless was surprised by the avalanche of support quickly shown to him and his family in such a short amount of time after his diagnosis. But it was a wave of love that was needed for the difficult road ahead, he said at the time.

“When we first learned of my diagnosis, we were all devastated,” Craig said last year. “Having my friends and family rally around me is really what is giving me the strength and encouragement to stay positive and fight. I can’t thank them all enough.”

There is only one Brian Craig. The best. We miss him dearly.