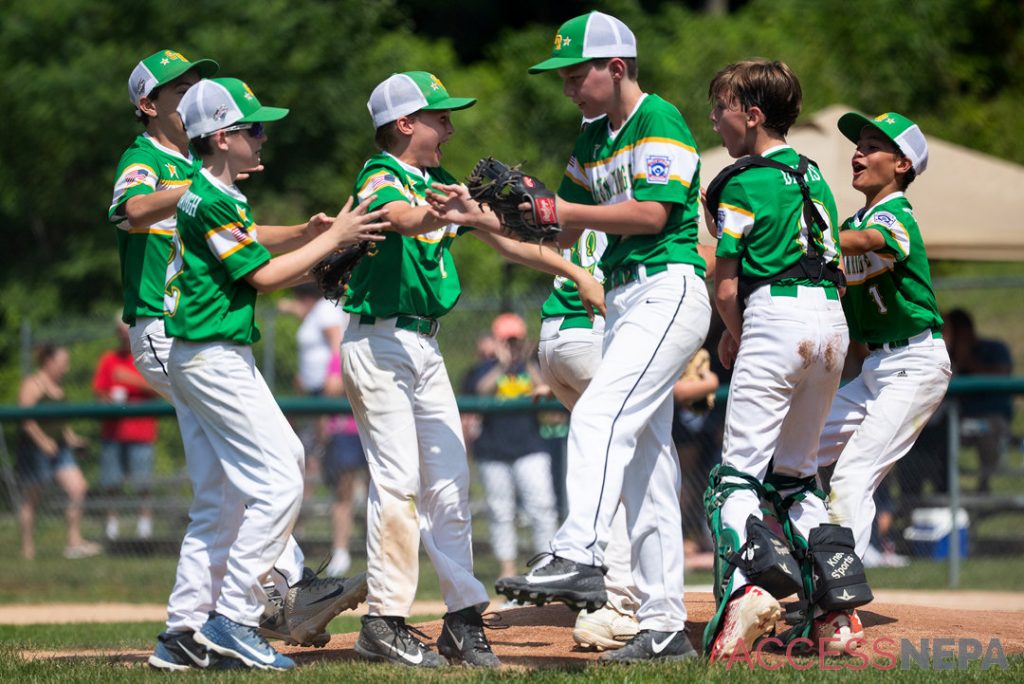 BY STEVE BENNETT AND HERB SMITH

As time went on, Jackie Musyt figured the cancellation of the Little League World Series was becoming more of a possibility.

That became reality Thursday with the announcement from Little League International that the annual event in South Williamsport will not happen this year because of the coronavirus pandemic.

“You have to do what is in the best interest of the children,” said Musyt, administrator for Districts 17/32, which include Lackawanna, Pike and Wayne counties. “With international travel, the health of the children and the adults that come with them was an issue. The players all stay in dorms in Williamsport and then you have the guidelines on limiting the number of people in one place.”

Musyt is still hoping youths will be able to play games locally later this summer.

“We would like to do something maybe in July and August,” she said. “We’re not under time constraints since there isn’t a state tournament. We have fall ball, so maybe just start that earlier. But ultimately the decision to play isn’t ours. Little League is going to send us guidelines and we’ll also have to follow what our state says.

“It’s a difficult situation but hopefully we can make something positive by the end of the summer.”

Christy Mathewson Little League was slated to start April 13, but is now playing the waiting game with everyone else.

“We’re hoping for late summer,” league president Phil Evans said. “Now we don’t have to be done for all-stars so if things clear up, we can play a longer schedule.” 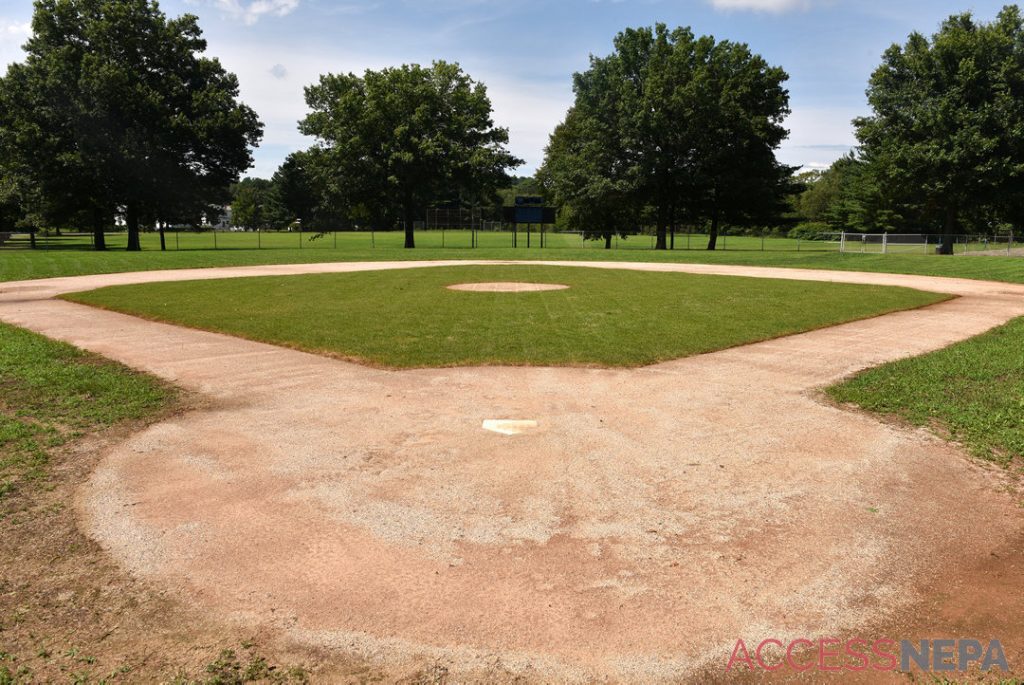 SEAN MCKEAG / STAFF PHOTOGRAPHER
The Wyoming Valley Challenger Little League field in Wilkes-Barre underwent a transformation last year but will sit empty for the time being as the 2020 season is on hold.

Tom Selemba, president of West Scranton Little League, said he thought the only scenario that could have worked for the World Series was shifting to just teams from the United States to eliminate international travel. As for local games, Selemba has put a plan he gave to the district and said the district is going to submit it to the regional director in Bristol.

The plan includes putting six players in the dugout with a coach with the other six players sitting in the bleachers with another coach and the players would rotate as the batting order advances. The umpire would move from behind the plate to behind the pitcher’s mound with everyone wearing protective masks. Parents in attendance would also be spaced out beyond the outfield fence thanks to shifted sponsorship boards.

“The umpires would be league coaches,” Selemba said. “It’s basically an organizational quarantine. We can do it because we have five teams in our league but others wouldn’t be able to if they don’t have enough teams. But we’re ready to go. I’m trying.”

The May 11 date set forth by Little League in regards to any type of formal announcement in regards to moving forward with the potential beginning of a season is still in place.

Earlier this week, league presidents covering District 16/31 in Luzerne County received an email from their local district administrator targeting a potential target date of June 1 to begin any sort of league activity. But the presidents were advised that the date is a soft one, and nothing is set in stone.

“I kind of figured this was going to happen months ago,” Plains Little League president Nino Cinti said. “You can’t have a World Series because of all the travel restrictions. There is no way to justify having teams travel out of state. At best, what I had hoped for was getting in some sort of regular season and at least getting to districts. Granted, everyone dreams of going to the World Series, but the odds aren’t very good. The best we can hope for this year is to give them a chance to win a district title.”

West Side Little League president Brian Dubaskas expected a similar announcement to the one Keener made today. But he is still hoping there can be some sort of baseball to be played at the level at some point in the summer. Dubaskas is president of a league that covers Edwardsville, Plymouth, Larksville, Luzerne, Courtdale and Pringle. He is also in charge of making sure the two fields at the Ed-Lark complex are maintained as well as the newly renovated field in Courtdale.

“I am glad they made the announcement because I really think they had to,” Dubaskas said. “I still think there is a possibility that we will be able to play some sort of baseball. It won’t be like we played last year, but if the kids can get out on the field and play, I think that will be great.”