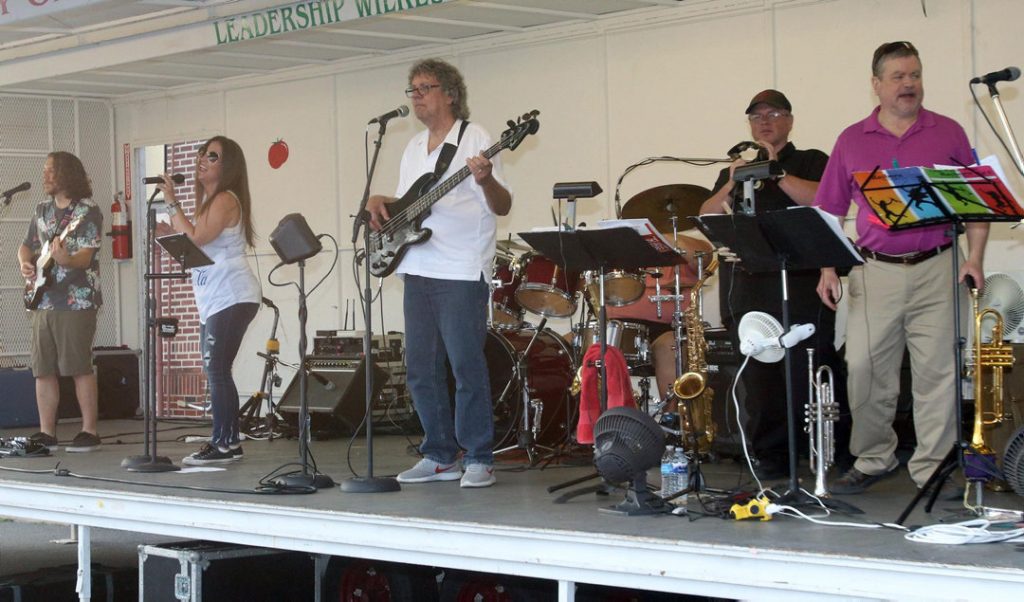 Victor Gulliano said his band Sweet Pepper and the Long Hots is living up to its name. The Pittston-based band is hot, even though the pandemic is limiting gigs. The band solidified a new lineup just before the virus restrictions and Gulliano, the band’s drummer and leader, said, “Everybody’s on the same page, keeping positive and ready to move forward.”

The new lineup includes local music veterans guitarist Gary Flanagan, Joey Miralga and Jeanie Pizano. Miralga replaced the late great bassist Joey I. With a laugh, Gulliano said the band has more than 300 years of combined experience. Gulliano has decades of experience himself.

“I’m more excited than ever. It’s encouraging to be able to do it. With the new lineup we have four good singers. Everybody is hungry to play. They give 300% at every job,” he said.

That was evident back in March after the Pittston St. Patrick’s Day Parade, when the band blew the roof off the Wine Cellar.

The band lost 10 bazaar jobs, a monthly gig indoors at the Woodlands and gigs at Gulliano’s bar, Victor’s Wine Cellar, which has been closed since March.

“It’s more hassle than it’s worth to open,” he said. “Bar owners’ heads are spinning right now; they don’t know what they can do or not do.”

Sweet Pepper also had several wedding reception jobs postponed, though they are being rescheduled.

“A couple weeks ago we played an outdoor wedding reception at the Woodlands and it went really well. Everybody had a blast,” Gulliano said.

They are looking forward to things approaching normal again. In the meantime they take what gigs they can get and have occasional rehearsals at the Wine Cellar.

“We learn a song or two to keep things fresh,” Gulliano said.

Sweet Pepper and the Long Hots is playing an afternoon gig from 2 to 6 p.m. Sunday, Oct. 11, in the big tent outside of Revello’s in Old Forge.

Revello’s tent is an option for the Sperazza Band, as well. The band is playing there Saturday nights Oct. 3 and 17.

Eric Sperazza, the musical director of the popular family band, said the pandemic wiped out three months of indoor gigs and close to 20 bazaars and festivals.

“July was jam packed. We had a bazaar booked every Friday,” Sperazza said. “Some bands were doing virtual concerts, playing from home and streaming. I didn’t want to do that. We like to play in front of people.”

The band was shut down from March 13 through April and May. In June, Sperazza’s wife, Jenny, the band’s drummer and trade-off lead singer, came up with an idea — front porch gigs.

“I think she saw not playing took a toll on me. She said since we have to practice anyway, why don’t we play from our front porch,” he explained.

The front porch series started with a duo of Eric and his wife, both Pittston Area teachers. They did three such shows and it grew. The second and third ones were with the full band with guitarist/singers Mike, Eric’s father, and his cousin, Michael.

“People were bringing lounge chairs and coolers. They shut down the street. We stopped because we didn’t want it to get too big,” Sperazza said. “Now our saving grace is tents.”

Some of the regular indoor nights they lost such as Ernie G’s, Fox Hill, Duryea Veterans of Foreign Wars Post, and North Slope Brewing are still on the band’s November schedule, but Sperazza said no one knows what’s going to happen.

“We don’t know if it will be allowed. And if they are open, will people come? Will people go for it?” he said.

Eric said their is no danger the pandemic will lead to a breakup.

“We took three months off as everybody had to, but as a family band, we’re sticking together,” he said.

Outlaw country singer Chris Shrive, who performs as Flatland Ruckus, said, “Well, the first thing I did was buy a generator.” 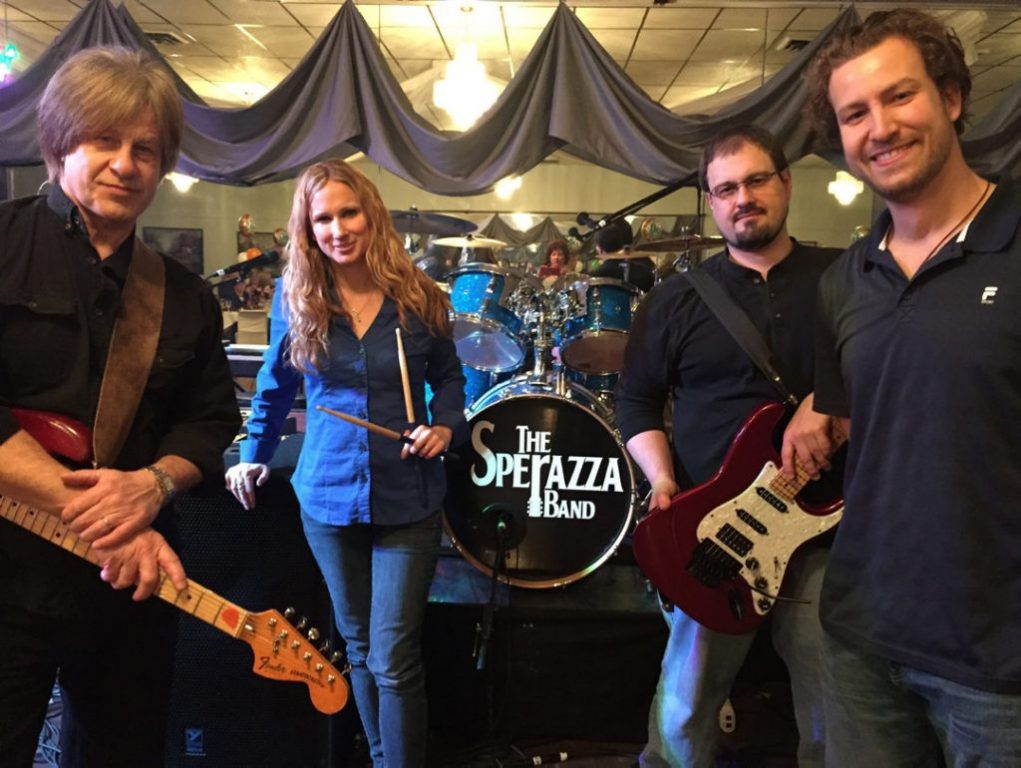 Sounds like an odd remedy for a pandemic crisis, but he had a clever plan and it worked.

“I set up in the back of my truck with the generator, just off the properties’ parking lots when they were limited to takeout,” he explained.

He did that at Thirsty T’s Bar and Grill in Olyphant, the Jamison City Hotel in Benton, and a couple other spots.

Shrive, from Old Forge, had another idea. He approached the general manager of the Circle Drive-In in Dickson City and they came up with a plan. They built a stage on the roof of the projection building where Flatland Ruckus and other local bands opened for Nashville artists such as A-lister Aaron Lewis, or for live streamed concerts, such as Garth Brooks and the Rolling Stones.

“I’m comfortable saying we spearheaded the Circle idea. It gave the food vendors and the sound people a chance to make some money. It was good,” Shrive said. “Maybe it will keep going if we ever get back to normal.”

Shrive said his gig numbers are only off by 10%. He has two advantages over full bands like Sperazza and Sweet Pepper. He’s a solo act with a unique playlist featuring songs by Chris Stapleton, Waylon Jennings and Merle Haggard.

“It’s supply and demand. Not a lot of performers are doing what I do. A lot of talent around, but it’s a tough road for full bands,” he said. “I appreciate how much people miss live music. They need it more than want it.”

He’s playing Thirsty T’s patio Friday, Oct. 9, and inside McGrath’s in Dalton on Saturday, Oct. 10. He also will be playing weekly at the Bistro on Hudson in Plains Twp. beginning next year.

Shrive had hoped to play Revello’s tent, too, but couldn’t squeeze it in his packed calendar, he said.