Yuengling has several activities happening Saturday, July 13, for its 190th anniversary celebration in Pottsville. Here’s what you need to know before you go.

NOTE: Outside alcohol will not be permitted within the venues, and all other city ordinances and state laws will be enforced outside the venues.

Persons with VIP passes for the event may park at the Schuylkill County Jurors Lot, 649 Sanderson St.

Street parking is available in and around the downtown on a limited basis. Parking can occur at any metered location; care should be exercised not to park in restricted areas. There will be no shuttle bus service offered for street parking.

Vehicles parked illegally or dangerously may be towed by order of city police.

The following street closures are in effect for this weekend’s activities celebrating the 190th anniversary of Yuengling Brewery.

Starting at 6 a.m. Friday, portions of selected city streets will be closed. These streets will remain closed until approximately noon Sunday.

Starting at 6 a.m. Saturday, the following streets will be closed and inaccessible to any vehicular traffic. These streets will be opened by approximately 6 a.m. Sunday:

Route 61, Route 209, North and South Centre streets and East and West Market streets may be congested during the event due to increased traffic, but will remain open to through traffic. 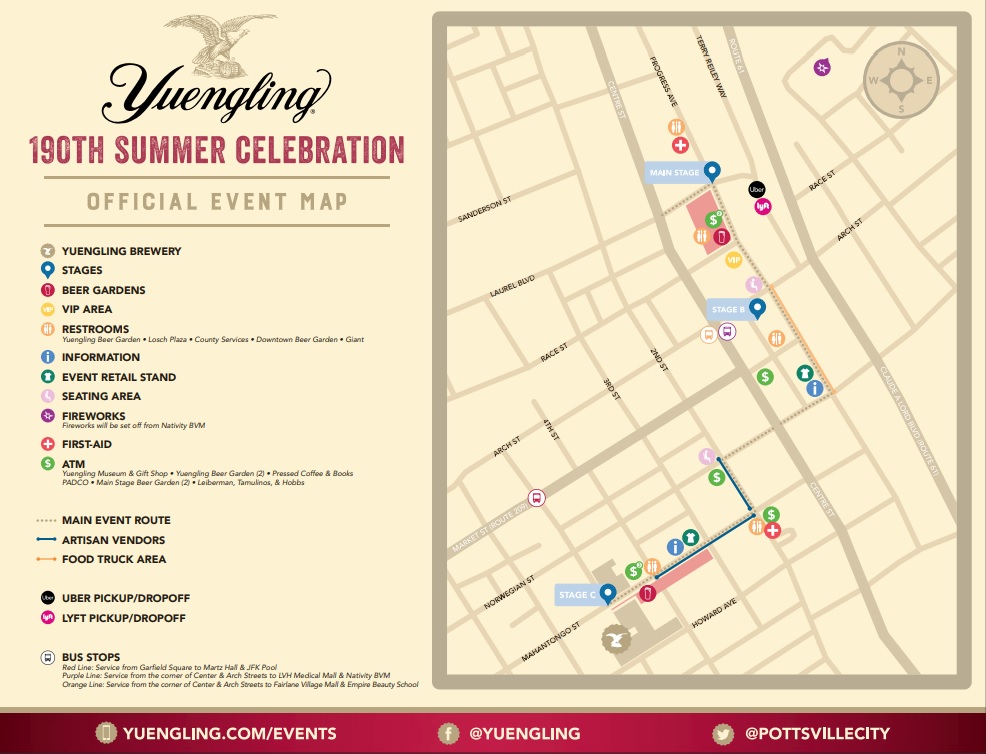