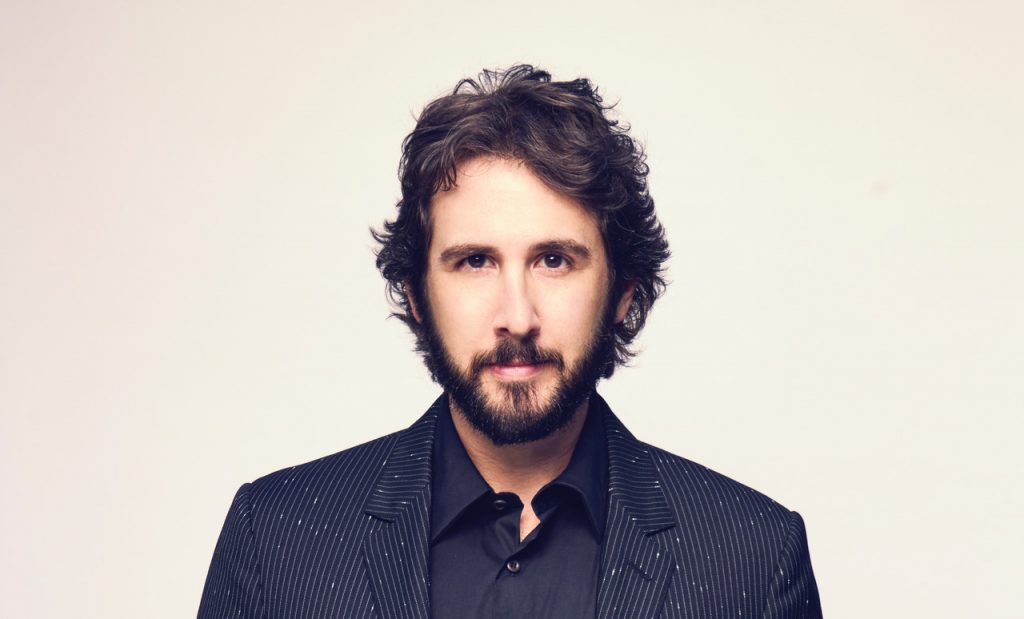 Josh Groban knows his style of music generally is enjoyed in private or more sedate settings, but the world-renowned baritone vocalist hopes his upcoming arena show in Wilkes-Barre Twp. offers fans a chance to enjoy the bombastic side of his songs.

Groban, along with special guest Jennifer Nettles of Sugarland fame, will bring his “Bridges” Tour to Mohegan Sun Arena at Casey Plaza on Sunday, June 16, at 7:30 p.m. Tickets start at $41 and are available at the box office and ticketmaster.com. Online purchases include a CD or digital copy of Groban’s album of the same name.

During a recent phone interview from Los Angeles, where he was preparing for the tour, the Grammy-nominated singer promised that the stage show puts the focus on the great musicians who support him in concert while also offering the crowd a spectacle of larger-than-life production value. 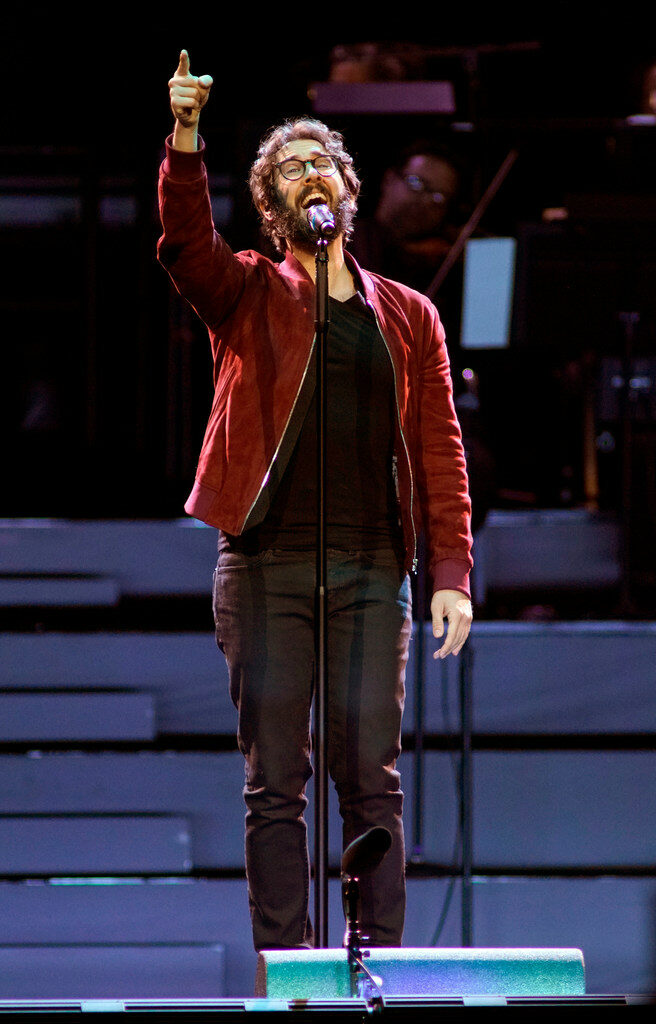 “I think because the album experience is always so personal … people listening on headphones — it’s not the type of music you hear at a club — when I do a live show, I actually like to make it a little energized so that it is the communal experience (of) everybody coming together for a good time,” he said. “I want fans there to experience the music in a way better than anything they could have imagined.

“We’ve got great visuals, great lights. Whenever you play in an arena, you have to put on a really great show.”

Groban said a smaller B stage also gives him the chance to get into the middle of the audience for an “in-the-round vibe that’s really intimate.”

“By the end of the night, everyone’s gotten a front-row seat,” he said.

His set list this weekend will include many of the tracks from his eighth full-length album as well as hits from his back catalog and even some surprises.

“It’s a good mix. Anytime I go on tour, it’s an opportunity to bring some new songs that fans like with a new energy,” Groban said. “It’s a lot of fun to bring freshness. The same goes for songs from across my career. I love doing new arrangements, sharing new life experiences.

“A tour … really is an opportunity to say ‘thanks’ to fans every couple years for sticking with me,” he added. “With new partners on the road, there’s always room for new duets and new ideas.”

After he soared to stardom on the wings of chart-toppers such as “You Raise Me Up,” Groban also established himself as an in-demand actor, with plum roles in movies such as “Crazy, Stupid, Love” and “Muppets Most Wanted” and as one of the leads on the Netflix series “The Good Cop.” Local fans may be most familiar with his role as Andy Bernard’s younger (and arguably more musically talented) brother, Walter Jr., on the Scranton-set NBC sitcom “The Office.”

Upon learning how close his arena stop will bring him to the city that show made famous, Groban said a callback to a song by Extreme that he performed during “Garden Party,” an eighth-season episode, will be incorporated into his NEPA concert.

“It was a very special day on set. Along with the rest of the universe, I love ‘The Office,’” he said. “Absolutely, I’m going to have to sing a little ‘More Than Words.’” 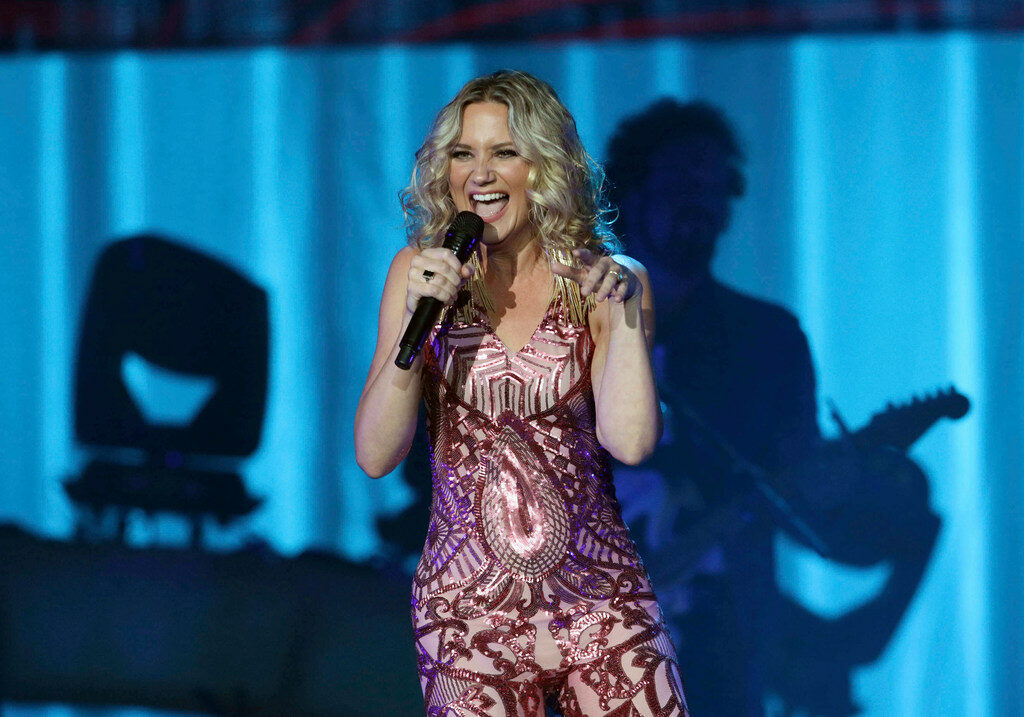 While the moment would surely make for a social media sensation, Groban said he hopes that the audience uses his performance as a chance to enjoy live entertainment without being plugged in to devices.

“For me, maybe just from doing Broadway, when you’re reaching the end of the show and phones are still in pockets, (people) are taking in moments for themselves and they’re just in it, in the moment, not thinking of the Instagram video. … (They’re) singing along, on their feet, being present — there’s not much more you can ask for as a performer,” he said. “I’m giving three hours of escape from that stuff. Music is one of those few things offline, out of the echo chamber. If I can look out and see they’re with me, that’s the best feeling.”

He said he hopes that by the end of the night, he will have reached not only his most devoted fans in the audience but even the plus-ones who may have been “dragged” along by friends or family members.
“My favorite concerts, whether or not I’m a huge fan, is if I feel like I’ve gotten to know an artist on a deeper level,” Groban said. “I’m a big talker. I love to express just by speaking about the songs. I like to be really loose. … I have no idea what I’m going to say up there.

“I hope people walk out feeling they got what they didn’t know they wanted. I hope they leave saying, ‘He sang his ass off. This was great.’”