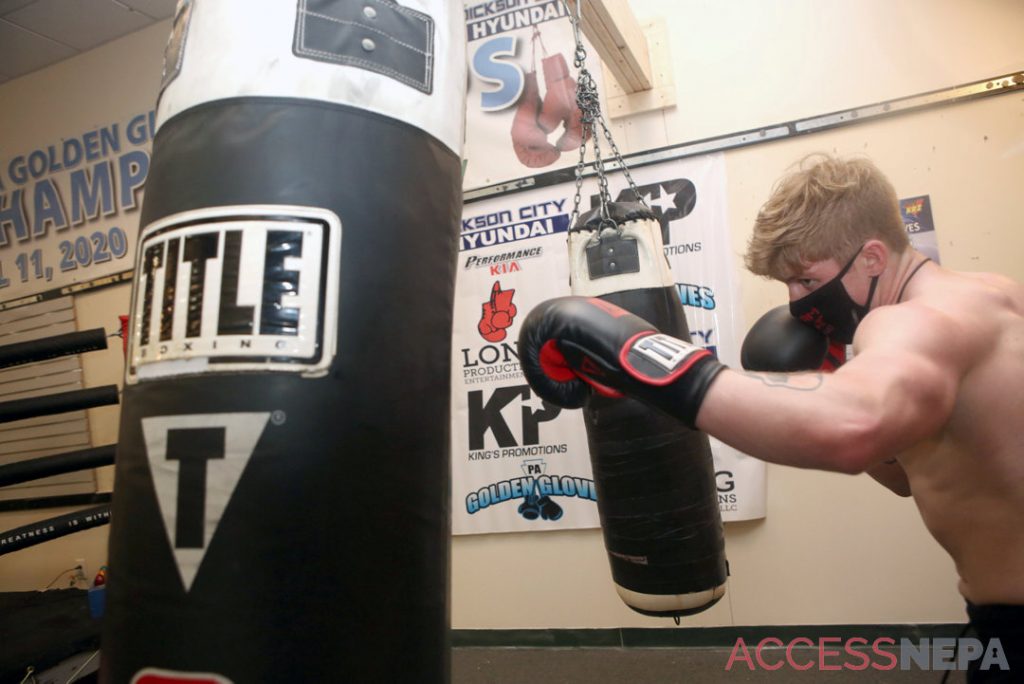 SCRANTON — With Weston Field shut down because of the COVID-19 pandemic, the Irish Boxing Club went shopping for a new home.

The nonprofit organization, which has called Weston Field home for 35 years, found a temporary location at the Marketplace at Steamtown. The gym will operate seven days a week from 2 to 7 p.m. in a storefront on the first floor between the Electric City Aquarium and Delta Medix. The space was offered rent free with the club responsible for paying utilities.

“We’ve had such a good relationship with the city and the city has been so good to us; that’s why we love it (at Weston Field),” head trainer Gene Reed said. “When it’s time, we can’t wait to get home, but in the meantime we have to do what we have to do to keep the guys going and ready to go.”

Weston Field was closed by the City of Scranton on Dec. 5 to help mitigate exposure to COVID-19. Reed and promoter Doug Long began the search for a temporary location and were contacted by Marketplace at Steamtown owner John Basalyga, who offered space to the organization for as long as needed. The Marketplace also hosted two boxing cards promoted by Long in its food court in 2016.

“We have a great relationship with John (Basalyga) from when he hosted our shows and he knows the great work we do in the community,” Long said. “The Irish Boxing Club distributed 1,700 dinners in 2020, we did trunk-or-treat, we did the Easter Bunny drive. We’re a pillar in the community and when he found out Weston Field was closing, he called us.”

The space is smaller than the club’s gym at Weston Field, but there is enough room for a ring and several heavy bags, which Reed said is plenty.

“We always pride ourselves at being ready to go,” Reed said. “We did the best we could in between, tried doing workouts and runs outside. But our guys had to get training and get ready because fights are going to be here before you know it.”

Long, who has had several planned cards canceled because of the pandemic, hopes to return March 27 at Genetti Manor in Dickson City. That date is dependent on what state regulations for attendance are at that time. 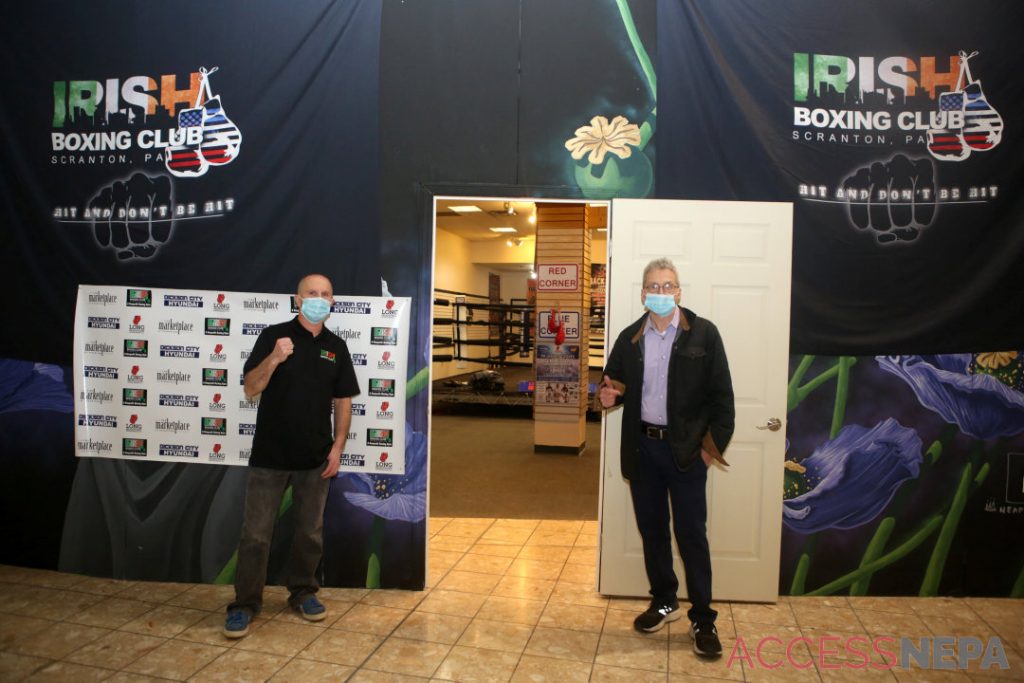 “The state athletic commission told me that right now the state is allowing 15% capacity,” he said. “I can’t operate at 15%. That would be 260 people, including the boxers and workers and that wouldn’t be feasible. I think 25% is the range that I can run a show in the area.”

Anthony Muta of Carbondale was scheduled to compete at Long’s last attempted card in November.

“The way I look at it is I get better by the stuff I do outside of the ring; the fight is where I showcase my talent,” Muta said. “Just because the fight doesn’t go on, it sucks that I didn’t get to showcase my talent but I’m still here, I’m still training and that’s what really matters is that I’m still progressing every day.”

Muta, who has fought at Irish Boxing Club for several years, is also glad to have the gym back open.

“It feels great,” he said. “It’s great to be able to get back in the gym, get a workout in. This is definitely a big change. It was a big let down that it was closed down for obvious reasons but it’s very nice to be back.”