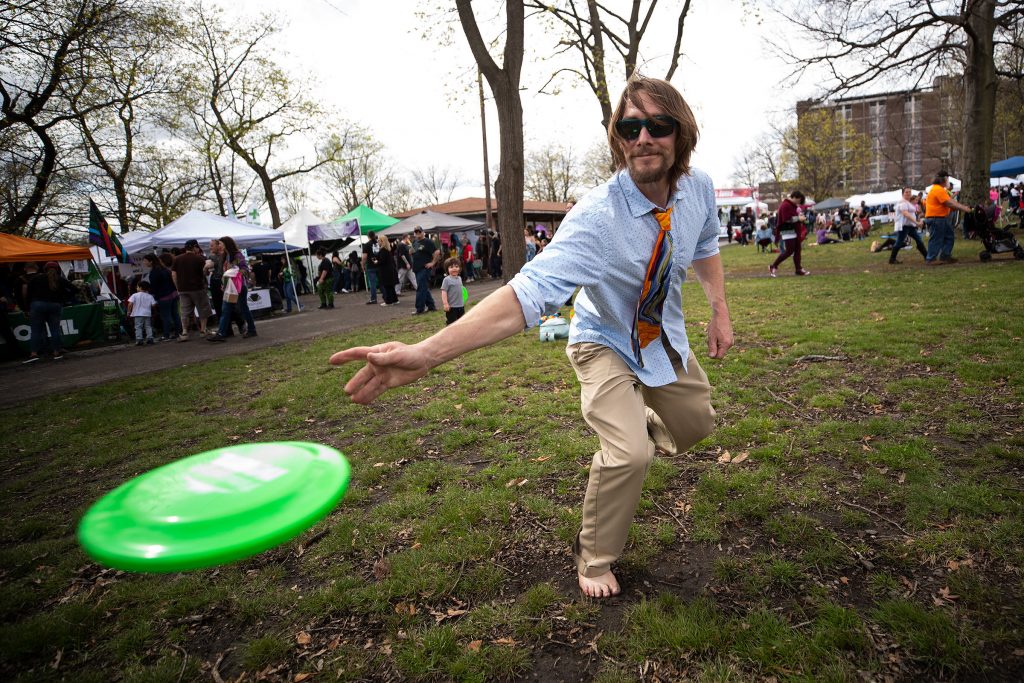 The Pennsylvania Cannabis Festival attracted 10,000 people to Scranton in 2019 with dozens of vendors and live music. But it has outgrown the space, or at least outgrown space for parking.

The cannabis festival, held in April for the last five years, will relocate to Kutztown, festival co-founder Jeff Zick said.

Lack of available parking became a significant deterrent for guests and was a deciding factor in moving to Renningers Kutztown Farmers and Antiques Market, he said.

“Parking has always been a problem,” Zick said. He added that other event rules at the park, including a one-day cap, led them to seek another spot.

The new location means Zick and his team can add a second day. This year, they expect 15,000 guests.

Founded in 2015, the festival celebrates the cannabis plant, once widely shunned, but now more accepted for its medicinal, recreational and industrial uses.

Its founders had been on the front lines of getting Pennsylvania’s medical marijuana law passed in 2016. They continue to advocate for reform.

The cannabis festival was a good neighbor, said Jane Risse, director at the Greenhouse Project. She leads the nonprofit that teaches healthy living and sustainability through horticulture from a greenhouse on the border of Nay Aug.

The festival boosted visibility for the Greenhouse Project, she said. Zick was always professional and even lent his event planning prowess when the organization arranged its first NEPA Green Fair, she said.

“He was a good community partner,” she said, but reaffirmed that festival traffic choked the streets all day.

“It was really bad parking. It was a traffic nightmare.”

He was part of the team that planned the original event, but said over the past few years Zick and his wife, Mandy Zick, have shouldered most of the work.

“It really grew out of humble beginnings,” he said, explaining how the first one, conceived and planned in less than two weeks, still drew hundreds to the hilltop.

“We appreciate the time that we had in Scranton and are proud to have been part of it,” he said.

While smaller than blowout festivals on Montage Mountain, the cannabis festival did something they don’t — it brought an interstate roster of visitors into the heart of the city where they stayed in hotels, shopped and dined.

“They brought a lot of economic impact into the area with the years that they’ve been here. You never want to see anything leave,” said Curt Camoni, director of the Lackawanna County Convention and Visitors Bureau.

While it’s less pronounced today, cannabis and the people who use it still suffer disparaging stereotypes.

Camoni acknowledged that some people might resent the festival and what it stands for.

All that aside, any event that brings people by the droves, as long as they’re respectful, means more people are eating, lodging and fueling up at local businesses, he said.

Their visit pays dividends when they note other attractions and return later to check them out.

The county has other spots that might be suitable, with better parking, Camoni said.

“I would relish an opportunity to work with them to find a better location that fits their needs,” he said.