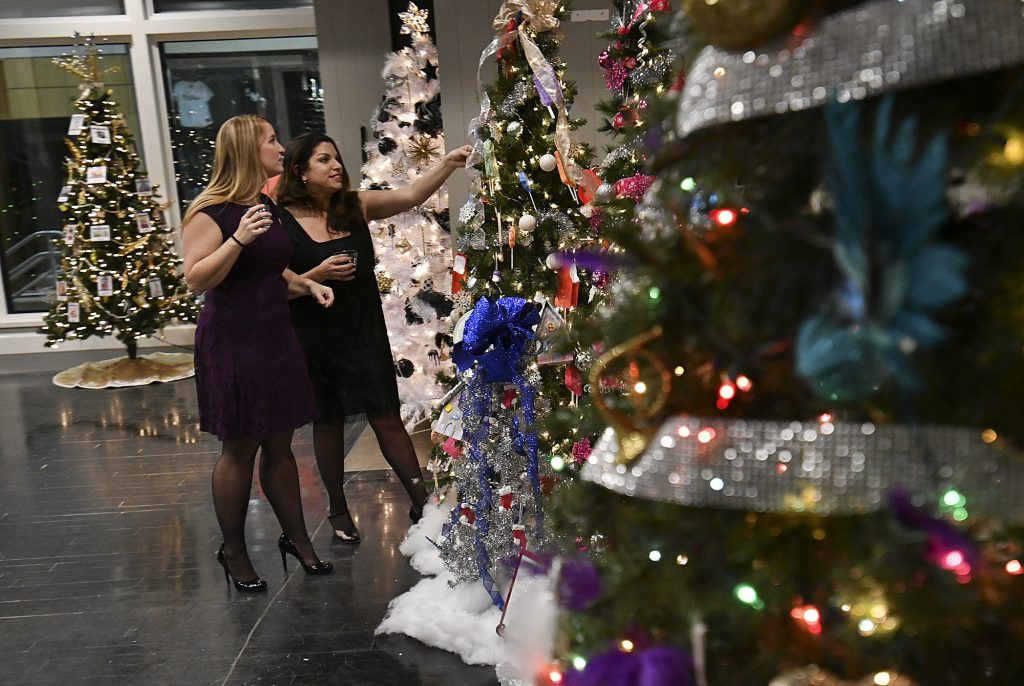 Help Toys for Tots at annual Festival of Trees

Deck the mall with boughs of holly.

It’s once again time for the Festival of Trees exhibit and Toys for Tots fundraiser, which this year invited participants to decorate a tree according to the theme “Here, There and Everywhere! Celebrating Fall and Winter Traditions from Around the World.”

Hosted by the Lackawanna County Arts and Culture Department, the annual exhibit will be on display on the second floor of the Marketplace at Steamtown, 300 Lackawanna Ave., Scranton. A preview party will take place Friday, Dec. 13, and the trees will remain on display through Wednesday, Jan. 22. Admission to the preview party costs $15, but the exhibit will be free to view after that.

Maureen McGuigan, deputy director of the county’s arts and culture department, said organizers have wanted to use this year’s theme for a while.

“We want to reflect the wonderful diversity of Lackawanna County,” she said. “It’s a fun learning opportunity and a way to show that we all celebrate things.”

Local businesses, nonprofits, corporations, and schools will showcase their decorating talents by sponsoring trees for the event, with all proceeds going to the Marines’ Toys for Tots program. Members of the community also can help the charity during the exhibit’s run by dropping new, unwrapped toys in the Toys for Tots boxes at the Marketplace at Steamtown.

Proceeds from the preview party also will benefit Toys for Tots. McGuigan called the party a great way to help out a worthy cause and get a sneak peak at the new trees. Terra Preta Prime will provide food for the night, and a DJ will play fall and winter music from around the world. All food and drink is included in the price of entry, and party-goers also can vote for their favorite trees. A Toys for Tots donation box will be at the party, as will Marines, who will talk to members of the community about the program.

In previous years, as many as 35 trees have been on display, raising thousands of dollars for Toys for Tots. This year’s decorators can highlight one culture or feature multiple ones. The area’s immigrant population was a big inspiration for the festival, McGuigan said, from the early waves of people coming from countries such as Poland and Ireland to the current wave from South America.

“The event is such a fun learning opportunity,” McGuigan said. “We want it to be a very welcoming event to all members of the community.”

She noted that they are “so grateful for the amount of creativity and effort people put into the trees.”

The Marketplace at Steamtown became the Festival of Trees’ home a few years ago after moving from the Electric City Trolley Museum, which McGuigan said was a great idea that has brought greater attention to the event.

“The Marketplace is a great public space,” she said. “Everyone is going there for some reason, whether it’s to go to the gym or to shop. It allows for more people to take part in the event.”

The exhibit has always been a staple in the season’s downtown events and offers another way to get in the holiday spirit.