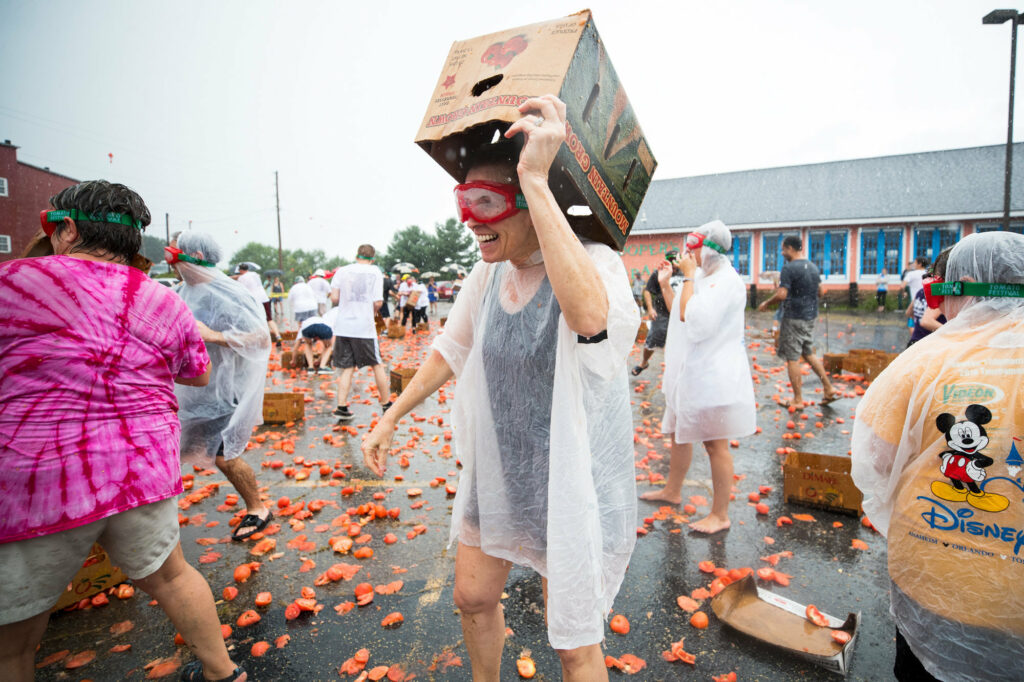 This year’s Pittston Tomato Festival will serve all the usual fun fans have come to expect from the annual celebration of the fruit.

But this time, the mid-August event also will help draw awareness to the plight of one of the men who has helped make it happen over the last two decades.

Pittston resident Ben Tielle, 52, is in need of a new kidney after treatment for a heart attack and the subsequent cardiac troubles he endured damaged his kidneys to the point that he retains 14% function. Doctors at Thomas Jefferson University Hospitals, Philadelphia, recommended he do outreach to find a living donor.

“I’m a very outgoing person, as I’ve been saying to everybody, but when it comes to asking for something for myself, I was very, very reluctant. … (The hospital) mentioned to me in Philadelphia (that) one of the best platforms is social media,” said Tielle, who also has diabetes. “That was just very difficult for me, but the Tomato Festival committee — (chairwoman) Lori Nocito and the rest of the committee — just sort of rallied around me.”

Their support came in the form of “Ben needs a kidney” T-shirts they’ll don for this year’s festival. Tielle was put on the list to receive a transplant in May, and he said doctors have held off on starting him on dialysis because doing so would push him further down the transplant list. While a family match would have been ideal, Tielle’s brother has a different blood type (Tielle is B positive).

The committee shirts include Tielle’s phone number — 570-430-1924 — so potential donors can get in touch with him. Potential matches will then need to get in touch with Jefferson to start the matching process, he said.

Tielle, who also is active in community outreach through First Baptist Church of Pittston, said he started volunteering with the Tomato Festival “to get involved with something that was going to do good for others.”

“I’m feeling very overwhelmed right now,” he said. “I never expected the outpouring of support and everything since the pictures first appeared in the paper and people started sharing it on Facebook. But I’m feeling very positive that I’ve already gotten a few calls, nothing that really turned out to be perfect matches or real possibilities, but there is interest out there. … I always feel like I’m complaining, (but) I’m just so tired and worn out every day from my condition, and this has sort of given me a boost.”

The possibility that the festival — which runs from Thursday, Aug. 15, through Sunday, Aug. 18, in the city’s downtown — could help find an organ donor for Tielle excites Nocito, its chairwoman for the last 22 years.

“Originally I thought we would just put (the information) out on our Facebook page, but then I had some other ideas as well,” she said. “I thought, ‘Let’s really do it up big for Ben this year.’ … If we can get a kidney for Ben, that would be the most wonderful thing.” 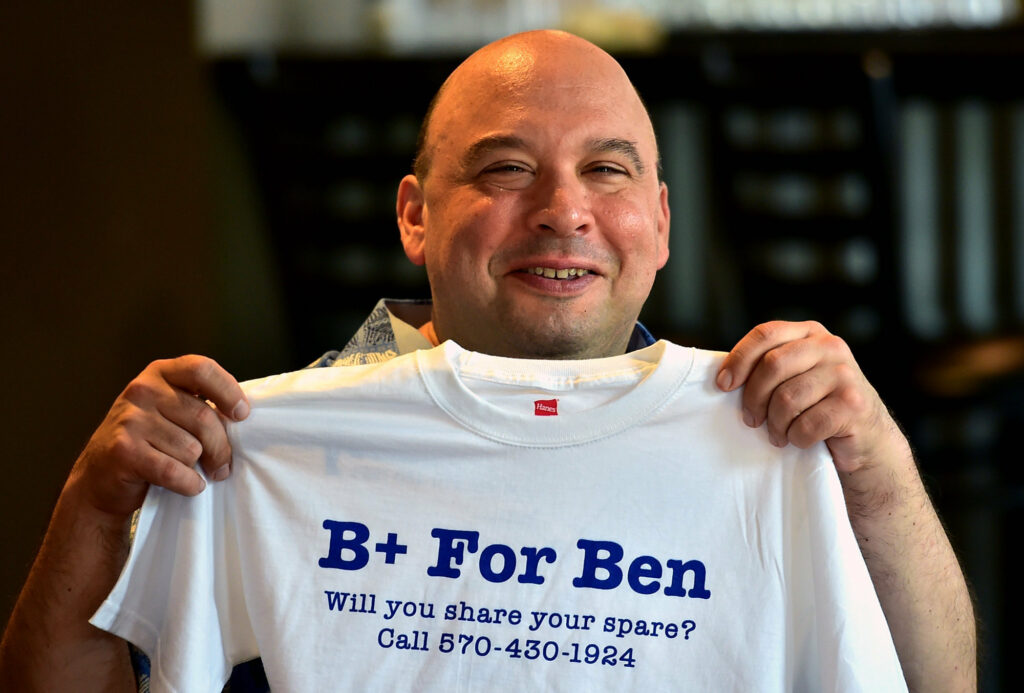 SEAN MCKEAG / STAFF PHOTOGRAPHER
Ben Tielle of Pittston needs a kidney transplant after complications from heart surgery dropped his kidney function to 14%. The longtime members of the Pittston Tomato Festival committee is getting a helping hand from his fellow festival organizers.

Even with a positive outcome for Tielle, thought, the festival will feel bittersweet for Nocito, who plans to step down from the top job this year, although she will remain active with the committee in other ways going forward. Pittston Mayor Michael Lombardo will take over as festival chairman.

“It’s been 22 years — a labor of love — and the festival has a great momentum right now,” Nocito said. “We see more people stepping up to take on volunteer roles, and I think now it’s a good time to encourage others to take the lead because it can only grow. And I would never leave if times were tough. To go out on a high not or a good note would be the best thing. … It’s nice because the transition will be very smooth.”

Initially, Nocito expected to lead the group for a year, but she decided to stick around and has watched the festival grow during those two decades. It added the famous tomato fights, a 5K run and a new merchandise headquarters in addition to moving from one area in the city to another and improving the event’s layout and design. While the festival has used two tiers of a parking lot, this year it will add a third tier in a lot behind Pittston Memorial Library, 47 Broad St., where visitors can find artists and other vendors.

“I’ve very proud of our committee and how well we work together,” Nocito said. “And I’m proud of the events and the things at the festival that we’ve added over the years. … There’s just so many different things that we’ve been able to do together to make it even bigger and better.”

This year’s festival opens Thursday at 5 p.m. with an opening ceremony to follow at 6. Visitors can hear live music every night and check out other special events. On Saturday, Aug. 17, the 5K race and fun walk will take place at 10 a.m.; the parade, 10:30 a.m.; tomato fights at Waterfront Warehouse (formerly Cooper’s), 304 Kennedy Blvd., 1:30 p.m.; and the tomato contest, 7 p.m. The Little Miss and Little Mr. Tomato contest will follow on Sunday from 10:45 a.m. to noon.

Nocito believes the food and camaraderie bring people back to the festival year after year, with the events like the tomato fights, race and parade keeping people engaged. She knows groups have even planned class reunions around the festival so they could attend the tomato festival.

“The festival has always been the major event of Pittston city, and I think it has helped put Pittston city on people’s radar because the festival is so unique,” Nocito said.

The festival also has helped her fulfill her goal of raising enough money for it to give back to the community, something it does by donating to civic organizations. She hopes, too, that guests take note of Pittston’s recent revitalization work when they visit.

“I would say that someone who hasn’t come back for a year would see a lot more life in the city,” she said. “People are living in the city. … I think they’re going to see all the revitalization efforts and of course enjoy something they maybe never tried before. … There’s something for everyone.”

For more information about the festival, visit pittstontomatofestival.com.

Anyone interested in being a living kidney donor for Pittston resident Ben Tielle can call him at 570-430-1924. His blood type is B positive.