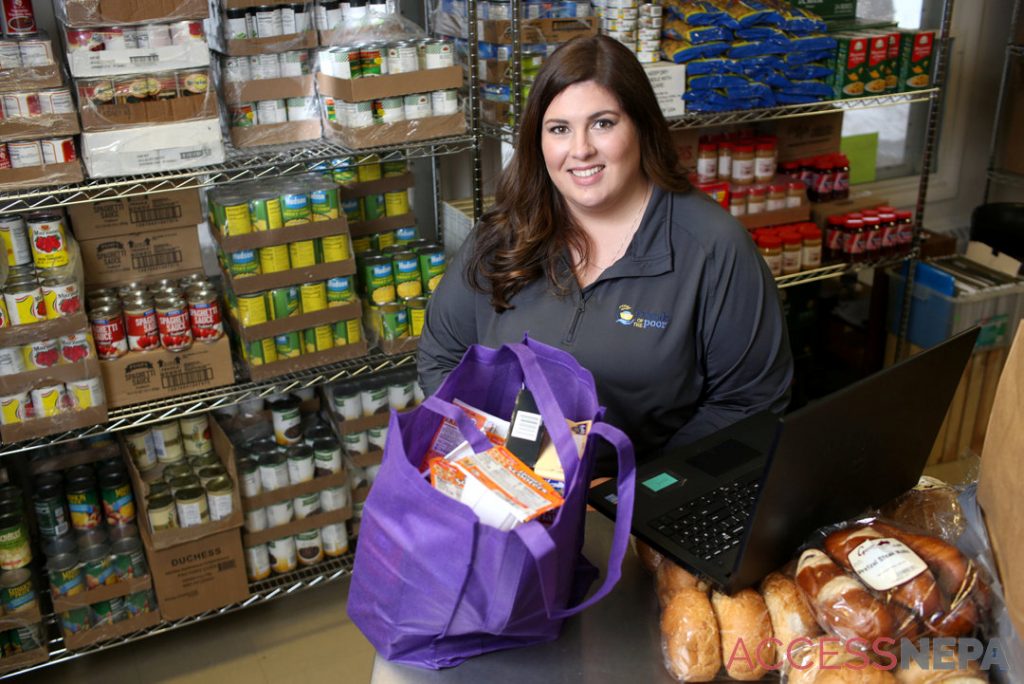 Friends of the Poor president leads nonprofit in bettering community

Meghan Loftus lives her life by one saying: never judge a book by its cover.

“When I was younger and if I was walking down the street and I waved to someone and they didn’t wave back, it would always really bother me,” the Dunmore resident said. “My dad would say, ‘You never know what somebody is going through.’”

As president and CEO of Friends of the Poor, 1505 University Ave., Dunmore, she gets to put that lesson into practice. Founded in 1986 by Sister Adrian Barrett, I.H.M., the nonprofit organization serves to “ease the burden of living in poverty,” according to Loftus. It offers services to people with low to moderate incomes, such as food pantries at Jackson Terrace, 148 Meridian Ave., and Valley View Terrace, 950 Pear St., both in Scranton; community programs for children and adults; and furniture, rent, utility and household item assistance.

Friends of the Poor also works closely with families in Scranton Housing Authority developments, providing services and resources “in their backyards” that they may not have access to otherwise.

Loftus is the first layperson to serve as the organization’s leader, though she shares the same Catholic values as the Sisters, Servants of the Immaculate Heart of Mary, who preceded her. She believes her background helps her more easily connect with the people she serves.

“Sometimes people who are not Catholic or don’t have experience with the faith will see sisters and priests and they think, ‘I don’t want to say something to the sister and have them think differently of me,’ which couldn’t be further from the truth with the congregation,” Loftus said. “But I think if someone were to interact with me, they’d think, ‘She’s just like me. She went to the same school I did, grew up where I did.’ It helps me relate on a one-to-one level a little bit.”

Loftus never planned to end up in the world of nonprofit work. She studied political science and philosophy at University of Scranton, planning to apply to law school and become a lawyer. She said that all changed when she went to study women and development in Rwanda and Mexico during her junior and senior years of college. There, she saw up close “the devastating effects” of poverty and other “eye-opening things” she had only seen on TV or read about in the news up to that point.

“When I came back to school, I thought, ‘I need to do something about this,’ and I started looking around,” Loftus said.

She ended up graduating with a bachelor’s degree in political science, philosophy, history and women’s studies in 2012. A year later, she began attending Marywood University to pursue a master’s degree in public administration and nonprofit organization management.

Loftus worked in community and economic development for a couple years, writing grants and helping with other administrative work to bring money into the area. She said she felt removed from her mission, though, and often didn’t get to see the benefits of the work she was doing.

“Everything just kind of fell into place, and I think when I saw that picture in the paper of Sister Ann just shouting out directions, I thought, ‘That looks crazy, but it’s exactly where I want to be,’” Loftus said.

Her responsibilities as CEO, and now as mom to her 1-year-old son, Wyatt, keep her busy, so she said she doesn’t get to do as much volunteer work outside of her job as she would like. Instilled in her at an early age, volunteering and helping those who are less fortunate than her has always been one of her biggest values.

“There’s been so much that has been presented to me for the taking that isn’t presented to everyone, so I feel like if I’m going to be given these opportunities, I need to use my skills and turn around and make sure other people have the same opportunities,” she said. 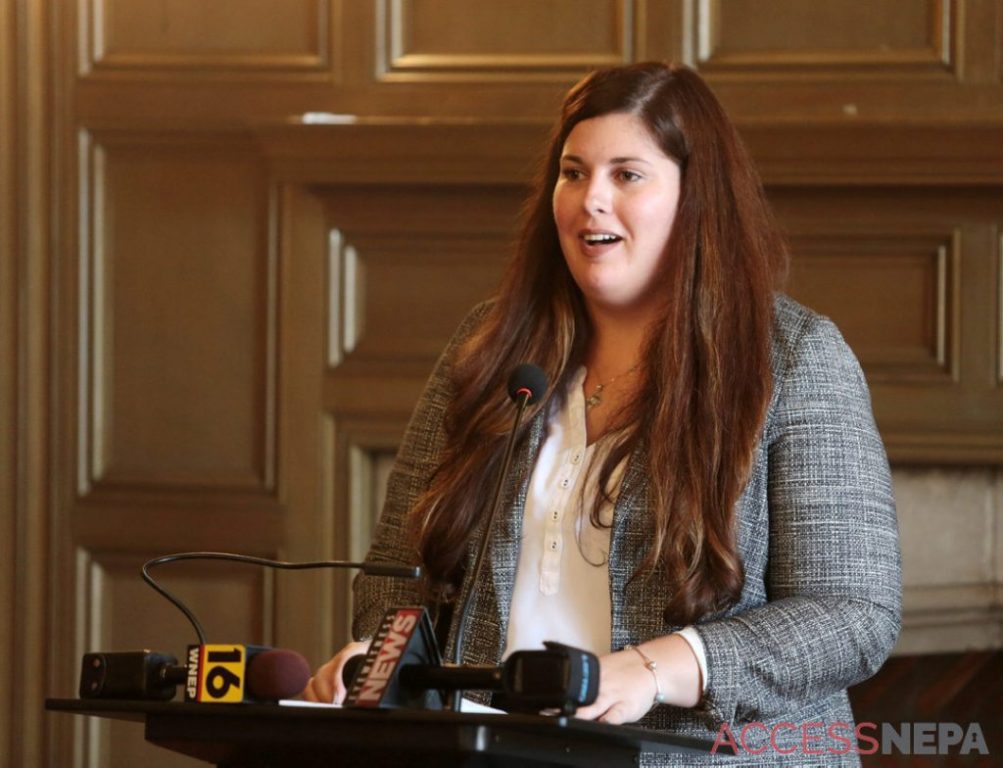 “I really hope that myself, Friends of the Poor and the community as a whole can inspire others on what being a neighbor is all about and what coming together can do for the whole world,” Loftus said. “Just those small acts of kindness really add up and become something larger.”

One of her favorite examples of this is the events she does with children in Scranton housing developments, particularly the day when Friends of the Poor takes an ice cream truck into the developments for its summer camp signups. Loftus loves seeing their faces light up with joy.

“They’re so excited, and they’re yelling about all the things they did last year and how they can’t wait to do them this year,” she said. “They’re just laughing and having a great time. That’s easily one of the best days we ever have.”

It’s just one example of the joy Loftus has found working in the nonprofit field, and she encourages other young people to take a chance and do the same.

“I think doing something that you love and that makes an impact is far better for your mental health than doing something for the money or just because you think it’s what you should be doing,” she said. “You don’t have to do something so over-the-top or serve thousands of people at once. It’s helping one person or one family at a time that makes a difference.”